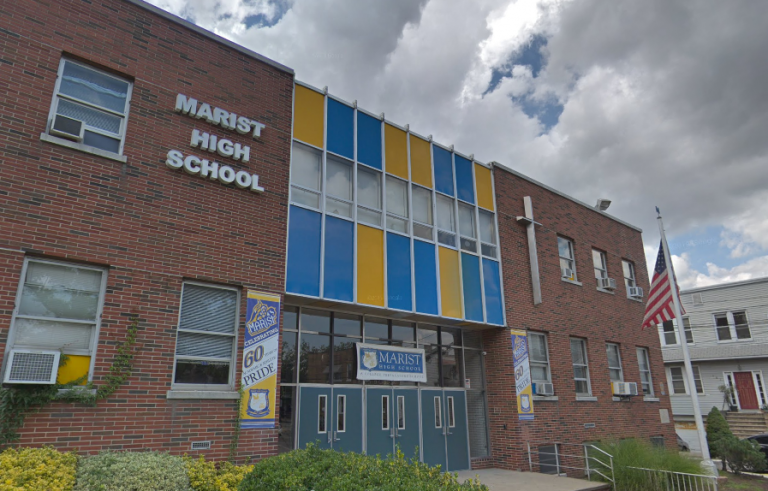 Marist was the last Catholic High School in the city.
×

Marist was the last Catholic High School in the city.

Marist, the last Catholic high school in Bayonne, closed at the end of the 2019-2020 school year due to declining enrollment and an operational deficit. Now the city has taken the first steps toward buying the school property.

The city council adopted an ordinance at the Oct. 21 meeting that would authorize the spending of capital improvement funds toward the purchase.

While officials had been informally negotiating to purchase the school for years before the school closed, the city officially entered into negotiations with the Marist Brothers in January.

The ordinance would draw $100,000 that would act as a “down payment” toward purchasing the three properties that make up Marist High School, which are assessed at $8.9 million.

The school would be repurposed for the city’s educational needs, officials said.

The city council also moved forward with plans to convert another shuttered Catholic school, Holy Family on Avenue A, into the new headquarters for the Bayonne Economic Opportunity Foundation (BEOF). The former high school will also serve as the home to the BEOF’s Head Start program.

At the Oct. 21 meeting, the city council approved a resolution authorizing the city clerk to accept bids for a roof replacement for the building.

The city council also approved a resolution to cover the cost of the Indoor Environmental Health Assessment (IEHA) at Holy Family from Matrix New World Engineering for $11,425.

In some circumstances, educational facilities will require an IEHA to be done to assess conditions inside a building which may impact the health of its occupants, according to the NJ Department of Health. This may be done when renovations, remodeling, additions, conversions, or demolitions are taking place.

In July, the city council approved $57,060 to remove asbestos from the school’s heating system and boiler room.

In March, the council moved forward with plans to purchase two properties, St. Andrew’s elementary school and the accompanying convent, which also closed due to declining enrollment. It’s not clear how much the school would cost.

The city council has approved a redevelopment plan for the Mount Carmel School on East 22nd Street, between Broadway and Avenue E. The plan allows for developers to construct 32 units, but the architectural elements cannot be replaced, only rehabilitated.