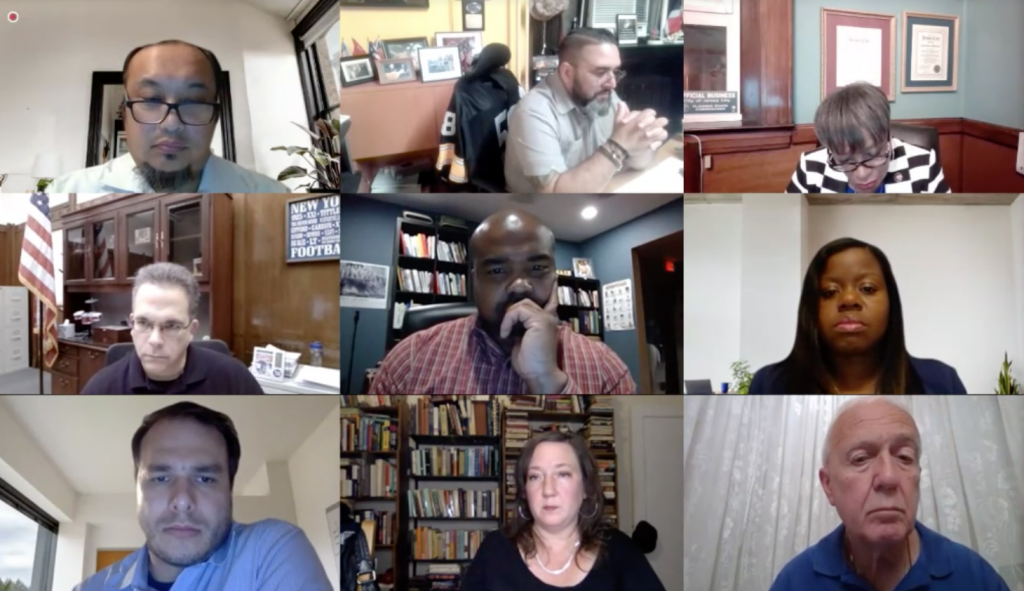 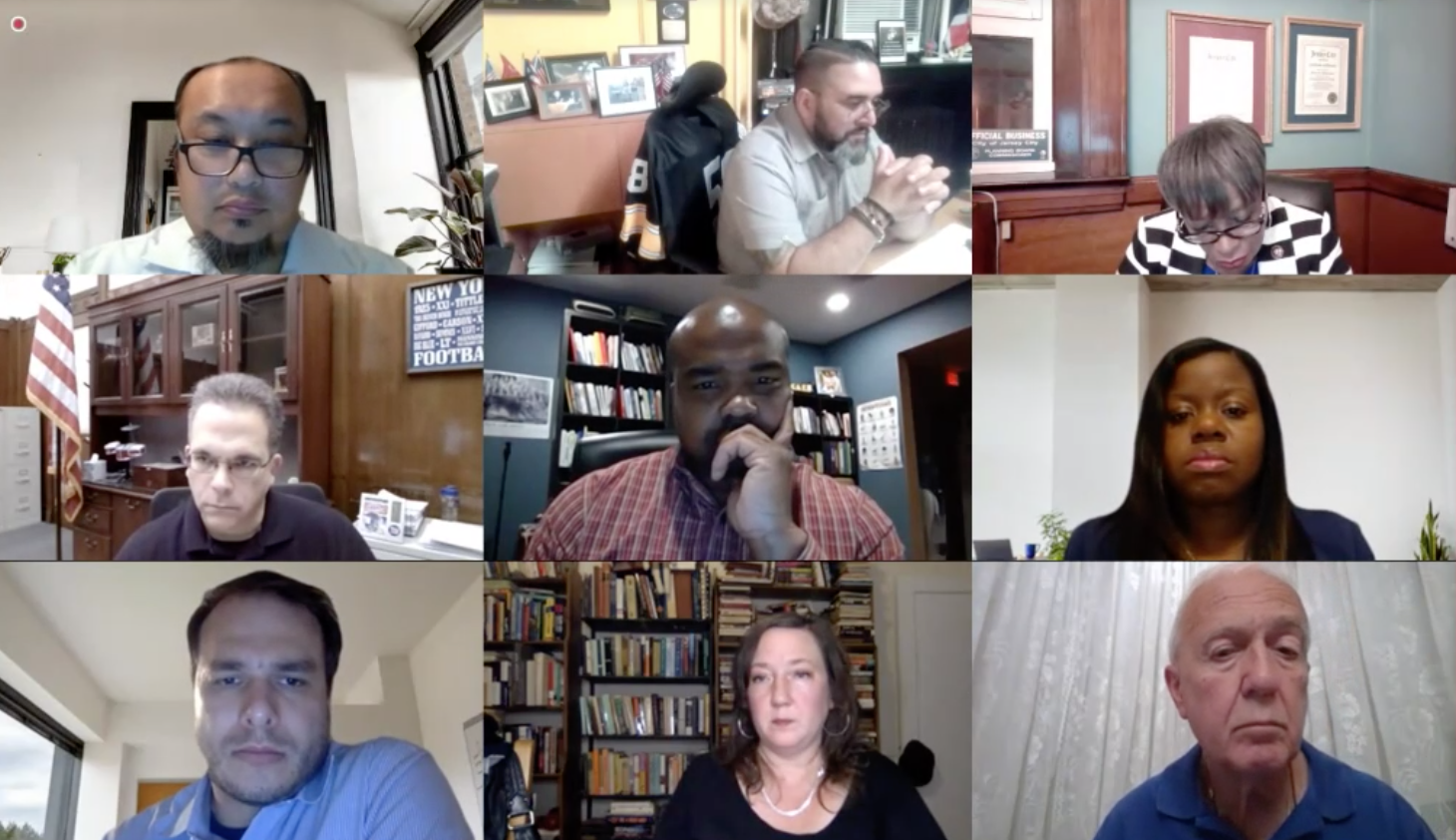 Despite more than 60 members of the public who spokepout against a “toothless” inclusionary zoning ordinance for four hours on Oct. 21, the Jersey City Council adopted an amended version with a 7-2 vote.

The ordinance would require residential developments to set aside 20 percent of all units as affordable housing for 30 years.

The mandatory affordable housing units would be set aside for households with combined income brackets at 30 percent, 50 percent, and 80 percent of the annual median income (AMI), as defined by Uniform Housing Affordability Controls (U.H.A.C.).

Developers with projects of more than 15 residential units who request five or more additional units or an additional 5,000 square feet of residential floor area through a redevelopment plan amendment or a variance would be required to follow the above provisions.

It also allows buyout provisions in which the developer could pay the city between $25,000 and $100,000 per mandated affordable housing unit instead of building the unit with funds going to the city’s affordable housing trust fund.

Under the ordinance, even with the loopholes a minimum of 5 percent of the affordable housing units would still be mandatory and must be provided by the developer onsite regardless of off-site, payments in lieu, and community contributions.

Residents and community leaders urged the council to implement a stronger ordinance, citing various loopholes and the desperate need for more affordable housing as gentrification continues to spread.

“I think as a senior and working person and voting constituent I should be able to afford housing,” said Carmen Torres-Izquierdo who noted that she was driven out of downtown Jersey City several years ago due to gentrification and the lack of affordable housing.

“Jersey City residents and those who oppose this ordinance can see that it’s quite frankly a sellout of the people to billionaire developers,” said Adrian Avishkar Ghainda

“If you look at it, it is actually a racist ordinance,” said Resident Jeanne Daily, noting that the council would enable discrimination through off-site affordable housing.

“They do not want the poor people, people in need, living in their buildings … You are telling me those low-income people can’t be exposed to those great gyms, those great play spaces, pools on the roof, green spaces, parking spaces, the playrooms? That, to me, is discriminatory,” she said.

“We’ve legally agreed as a country that separate but equal is not acceptable, so then why does this ordinance allow it?” asked resident Jena Barchas-Lichtenstein who added that the ordinance is a “joke” that allows the city to continue to use “progressive language to paper over business as usual.”

“I should be spending my night fighting against a racist president but instead I have to spend my time fighting my own mayor’s racist policies,” stated Rebecca Missel, a resident with NJ-08 for Progress.

Others said the community givebacks were not truly for the community and would serve those who move into the luxury buildings; givebacks like community centers would remain empty without any funding for programming.

“I understand the impetus behind the parking deck idea,” said resident Scott Welfel. “Obviously, parking is a huge issue, but it shouldn’t come at the expense of affordable housing.”

Many said the ordinance would result in little to no affordable housing and was just a means to offer lip service to residents without actually achieving the objective of housing those in need.

“The ordinance as proposed would be one of the weakest, if not the weakest housing ordinances in New Jersey,” said Fair Share Housing Center attorney Sam Gergi.

Councilman Rolando Lavarro sought to amend the ordinance before the final council vote, but most of the proposed amendments failed.

The one successful amendment concerned the calculation of the mandatory affordable housing set aside and rounding.

When any calculation of the mandatory set aside results in a fractional affordable housing unit, the fraction will be rounded up if the fraction is exactly one half or higher.

This means that an affordable housing unit would be provided unless the fraction is less than one half, at which point the developer would provide a payment in lieu of the fractional unit.

They were an amendment to eliminate the ordinance’s buyout provision and one to limit allowable community givebacks developers could provide instead of affordable housing units.

Lavarro introduced an amendment to increase the mandatory affordable housing set aside minimum through a tiered system from the current citywide 5 percent minimum.

The tiered system ranged from 5 to 15 percent, depending on where the project would be located.

The same three councilmen voted in favor of another amendment that would have increased the time a unit would remain affordable from 30 to 45 years before it becomes market rate. The rest of the council voted against the amendment.

The council adopted the inclusionary zoning ordinance with just the rounding amendment with a 7-2 vote.

Lavarro and Solomon voted against the ordinance stating that it was not strong enough.

After the adoption of the “deeply flawed” inclusionary zoning ordinance, Fair Share Housing Center Executive Director Adam Gordon said, “We are deeply disappointed that the City Council approved a sham inclusionary zoning bill even after hearing four hours of testimony from more than 60 residents and advocates who were opposed. These residents … recognize that the ordinance, as currently written, would enable wealthy developers to build a large number of luxury homes without providing any affordable housing for working families. The people of Jersey City, from the NAACP to grassroots organizers, called on the City Council to push the pause button and to work with them on a new proposal to effectively tackle the rising inequality that is pricing families out of Jersey City – yet the Council instead decided to side with politically connected developers.”

He said that the nonprofit will continue to push for comprehensive legislation that ensures people of all races and income levels are able to call Jersey City home.