Hoboken to limit hours for bars and restaurants 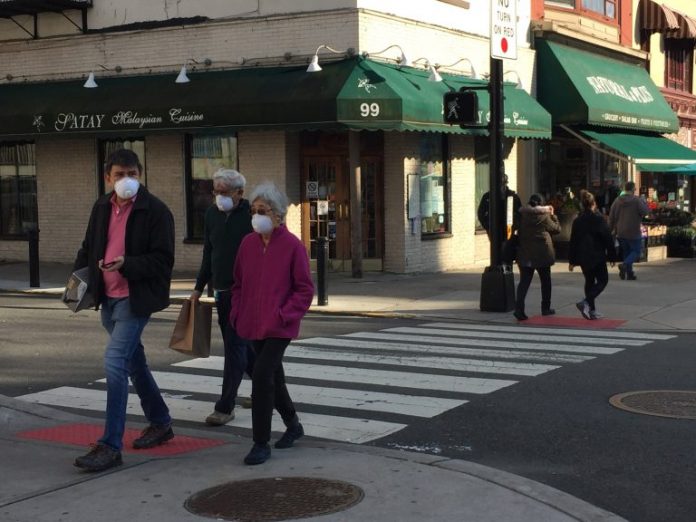 As positive COVID-19 cases continue to climb in Hoboken and Hudson County, Mayor Ravi Bhalla announced an executive order closing all bars and restaurants at midnight seven days a week “to limit situations when social distancing and other precautions are much less likely to be followed and to take a proactive approach at reducing gatherings indoors.”

“With health experts predicting a substantial rise of cases during the winter months, and a second wave already upon us here in Hudson County and New Jersey, I believe the time is now to begin taking additional precautions against the threat of COVID-19 spreading indoors,” he said.

According to Bhalla, the city can’t shut down the bars and restaurants completely and limit them to take out only as it did back in March, because the state issued an Executive Order awarding this authority exclusively to the state.

“Notwithstanding, authority still remains with municipalities to amend hours of operations,” Bhalla said. “With infections rising, the last thing we want is for Hoboken to be the location where large amounts of people are encouraged to come and party late at night, when social distancing and other health precautions are much less likely to be observed.”

As of Oct. 26 Hoboken had a total of 957 known positive COVID-19 cases, according to the Health Department, which reported 11 new cases on Saturday, Oct. 24, four new cases on Sunday, Oct. 25, and three new cases on Monday, Oct. 26. Deaths have remained unchanged at 31.

According to the city, the recent spike in cases can be attributed to small and large indoor parties and gatherings with extended family, friends, and travel out of state to “hot spots.”

“Over the past several weekends, the Hoboken Police Department has responded to a number of house parties that have been not only disruptive to neighbors but have also contributed to the spread of COVID-19, as confirmed by the Hoboken Health Department during contact tracing,” Bhalla said. “It’s extremely disappointing to see such disregard for public health, knowing that one party could turn into a super-spreader event that infects some of our most vulnerable residents, whose lives could be at risk.”

To help combat the spread, the Hoboken City Council will have a special meeting on Thursday, Oct. 29 to consider an ordinance on second reading that institutes fines of up to $1,000 on indoor gatherings that have more than 25 people and violate other local ordinances such as noise regulations or a disorderly house.

This fine would be given to both the tenant, and the property owner.

According to Bhalla, that is why the city chose the number because the city can’t enact a law that’s stricter than the state’s, noting that if the state decided to decrease the number of people permitted to gather indoors, the city’s ordinance will be modified to reflect that number.

Bhalla also said, “Some new cases have also been traced back to certain dining establishments.”

On Saturday, New Jersey reported 1,994 new cases of COVID-19 in New Jersey, the highest one-day increase since May.

The number of new cases statewide has been above 1,000 for the past 10 days, and Hudson County had 181 new positive cases on Oct. 27 bringing the total to 22,837 positive test results.

The rate of transmission in the state is 1.23.

Any number over 1.0 is an indication that the virus is continuing to spread.

The Hoboken Health Department is conducting contact tracing for all new cases within 24 hours to help prevent further infections and limit outbreaks, according to the city which continues to urge people to avoid indoor gatherings, limit social interactions beyond the immediate household, wear a face mask when outside the home, social distance at all practical times, and “act like anyone you may come into contact with could have the virus.”

In Hoboken testing appointments with Riverside Medical have been booked for the week, while testing with Prompt MD remains available by appointment at http://www.hobokennj.gov/promptmd on Thursday, October 29 between 8 a.m. and 3 p.m. at 605 Jackson Street.

Appointments are now available at that link for testing on Monday, Nov. 2 and Thursday, Nov. 5.