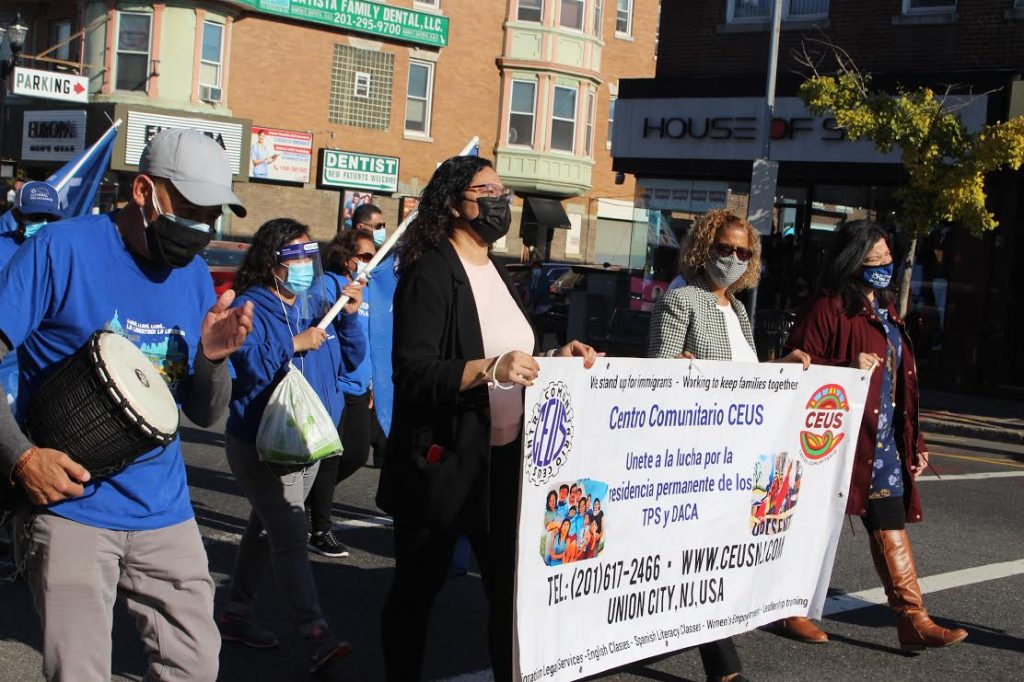 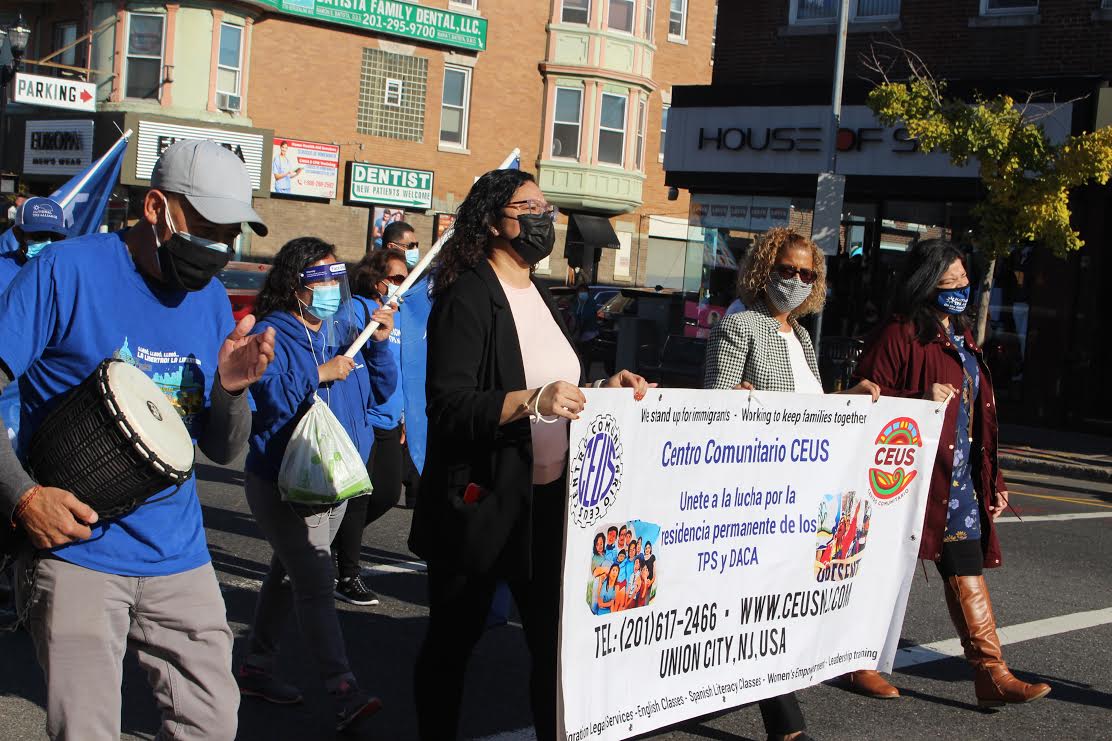 Immigrant advocates and local officials are demanding Congress enact legislation to protect immigrants in the Temporary Protected Status (TPS) program and create a path to residency for them.

The TPS program grants temporary work status to immigrants in the U.S. after disasters in their home countries.

On Nov. 9, the Road to Justice caravan, a bus carrying immigrants in the TPS program from California to Washington D.C., arrived in New Jersey.

The bus, known as “La Libertad,” or “freedom,” is stopping at communities on the way to highlight the plight facing TPS holders.

After a press conference in Newark, the bus stopped in West New York, where North Jersey immigrant groups and TPS holders accompanied the bus in a Solidarity Walk down Bergenline Avenue.

A path to residency

In New Jersey, there are 7,500 TPS workers in essential industries such as health care, sanitation, and food services. Beneficiaries of the TPS program will lose their legal status and authorization to work next year.

They now face deportation, and possible separation from their families as a result of the Trump Administration’s decision in 2018 to terminate TPS protections for thousands of TPS holders. Many have lived in the United States legally for nearly two decades.

“Now they could be forced to leave them behind, and face possible separation from their families and their children,” she said, adding that their home countries are not able to handle a sudden influx of returning citizens.

Immigrant advocates and TPS holders have welcomed the election of president-elect Joe Biden, who has pledged to protect TPS holders and to propose legislation that would create a path to citizenship for these long-time residents of the U.S.

But advocate groups, including the Centro Comunitario CEUS of Union City, National TPS Alliance, and American Friends Service Committee, New Jersey TPS Committee, are calling on Congress to pass legislation now, such as HR 6, that would protect TPS recipients from deportation and provide a path to residency.

The legislation would offer the same benefits to immigrants in the Deferred Action for Childhood Arrivals (DACA) program.

“These immigrants have raised families in the US, paid taxes, and have strong ties to their community,” including homes and businesses, said Blanca Molina, executive director of Centro Comunitario CEUS, which represents more than 200 TPS holders. “They have made great
contributions to U.S. society and should not be forced to leave the United States.”