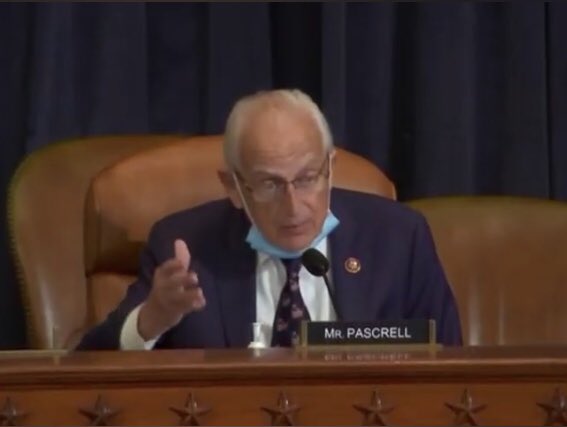 Congressman Bill Pascrell, Jr. has filed letters with the bar authorities in five states seeking the disbarment of Rudolph Giuliani and 22 other lawyers representing President Donald Trump in his attempts to overturn the election and “demolish democracy.”

President-elect Joe Biden has won the 2020 presidential election. However, Trump has refused to concede, citing unsubstantiated claims of voter fraud and conspiracy theories about voting machines. Trump has unsuccessfully taken his claims of fraud to court in multiple states.

At press time, Trump and his allies have won two cases in courts across the country and lost 31. Neither victory proved any evidence of voter fraud or resulted in vote totals being changed.

In response to the attorneys aiding Trump’s attempt to “steal” the election, Pascrell Jr. has sent letters to the bar disciplinary authorities of Arizona, Michigan, Nevada, New York, and Pennsylvania asking to disbar Giuliani and the other lawyers involved.

“We live together in extraordinary and increasingly dangerous national circumstances,” Pascrell Jr. announced on Twitter on Nov. 20. “At present, our sitting President has refused to accept the outcome of our national election and is attacking the integrity of our electoral system to keep himself in power. The pattern of behavior by these individuals to effectuate Mr. Trump’s sinister arson is a danger not just to our legal system but is also unprecedented in our national life.”

In Pascrell Jr.’s letter to the Disciplinary Board of Pennsylvania, he alleged that the attorneys representing the Trump presidential campaign have filed frivolous lawsuits and used the state’s courts to assault public confidence in the nation’s electoral system. In doing so, he said the attorneys have violated the Pennsylvania Rules of Professional Conduct.

“I request your office commence an immediate investigation of their actions and consider sanctions for their conduct up to and including revocation of their licenses to practice law in your jurisdiction,’ Pascrell Jr. said.

Presient-Elect Biden won Pennsylvania by 81,487 votes, an outcome there is virtually no chance of reversing by a recount.

“Despite the difficult circumstances of this pandemic, Pennsylvania’s administration of the election was strong, and there is no evidence of systematic malfeasance or fraud,” Pascrell Jr. said. “Nevertheless, these individuals have filed absurd lawsuits seeking to overturn the will of Pennsylvania’s voters and caused irreversible damage to public trust in the fair administration of our elections.”

Pascrell Jr. alleges the attorneys may have violated The Pennsylvania Rule of Professional Conduct 3.1 which requires that “[a] lawyer shall not bring or defend a proceeding, or assert or controvert an issue therein, unless there is a basis in law and fact for doing so that is not frivolous, which includes a good faith argument for an extension, modification or reversal of existing law.”

He alleges the attorneys may have also violated Rule 8.4(b) which states that “[i]t is professional misconduct for a lawyer to … engage in conduct involving dishonesty, fraud, deceit, or misrepresentation.”

In violating the Pennsylvania Rules of Professional Conduct, Pascell Jr. said the attorneys should face the revocation of their law licensures.

“The holding of a law license is a sacred responsibility,” Pascrell Jr. said. “You have an opportunity here to make a powerful statement in support of our democracy and deter future charlatans and miscreants from warping our legal and political systems for their own profit.”

The letters Pascrell Jr. penned to the bar disciplinary authorities of Arizona, Michigan, Nevada, and New York allege similar violations of conduct by the attorneys and also request their disbarment.