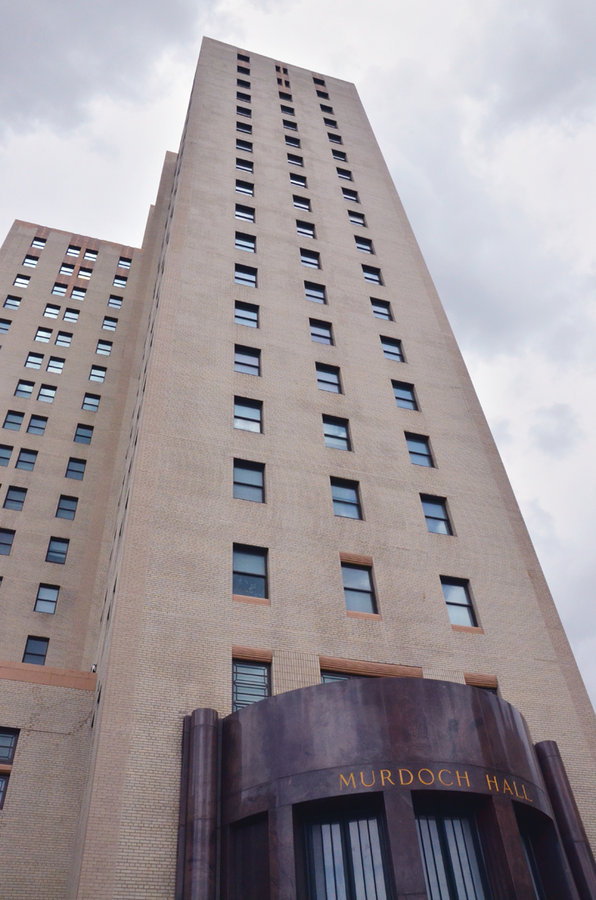 Murdoch Hall, one of the buildings within the Beacon complex, used to be housing for nurses.
×

Murdoch Hall, one of the buildings within the Beacon complex, used to be housing for nurses.

Jersey City Mayor Steven Fulop has announced that the city will move forward with the termination of a tax abatement for four of the six buildings within The Beacon Community, at 20 Beacon Way.

The six-building complex known collectively as the Beacon was the former home of Jersey City Medical Center. It was built in 1928 and made into rental and condominium mixed-use buildings in 2005.This was done with the help of a Payment in Lieu of Taxes (PILOT) agreement when JCMC moved to its current location in downtown Jersey City.

According to the city, the developer, Baldwin Asset Associates Urban Renewal Company, allegedly defaulted on its 2005 financial agreement with the city.

According to a Sept. 30 default notice sent from the city to an attorney representing the developer, the developer allegedly violated municipal code when it failed to submit certified and original payroll records for all abated properties for each building’s workers from August 2014 to May 2020, among other payroll records.

“We have had numerous conversations with the Beacon and its counsel over the past several months attempting to rectify this issue,” said Corporation Counsel Peter Baker. “We have had zero compliance on their part in the matter, and so we’re moving forward with annulling the abatement.”

The city officially sent a Notice of Termination on Nov. 30.

If approved by the city council on first and second reading, this would be the third tax abatement to be terminated for noncompliance under the Fulop Administration, furthering efforts to reform the Payment in Lieu of Taxes (PILOT) program to establish greater transparency, more widespread development, localized employment opportunities, and prioritize residents over developers, according to the city.

“This is a message to any developer that thinks they can circumvent their obligations to our residents,” Fulop said. “Our Administration has moved the city away from the policies of previous mayors with regard to tax abatements. We haven’t granted a tax abatement in well over three years, and yet, we’re seeing more widespread development, we’re incorporating more affordable housing, and we’re building new schools, libraries, parks, flood resiliency infrastructure, among countless other opportunities to the direct benefit our residents and community.”

The cancellation ordinance is scheduled to go before the Jersey City Council for first reading at the next meeting on Dec. 16, at 6 p.m.

To attend the meeting virtually go to https://cityofjerseycity.civicweb.net/Portal/MeetingInformation.aspx?Org=Cal&Id=180

We’ll be watching you