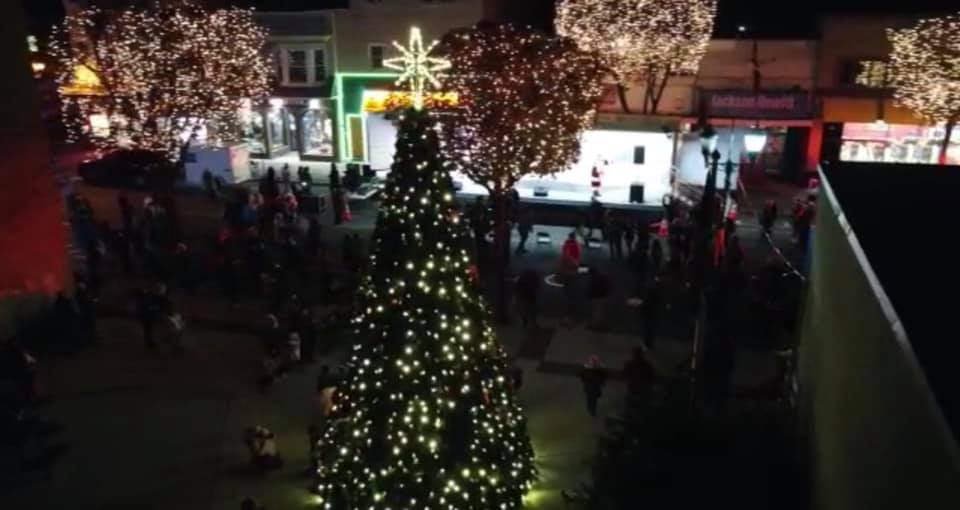 1 / 4
The Christmas tree in Midtown, viewed from above 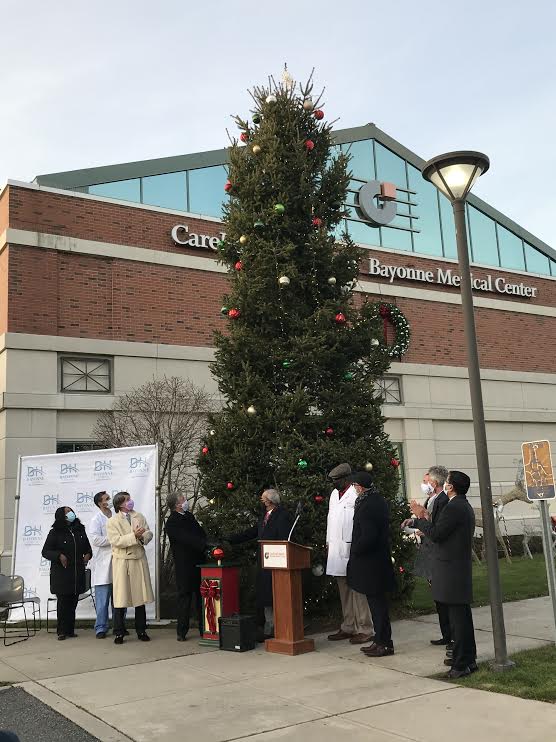 2 / 4
Officials speak before the tree lighting at Bayonne Medical Center. 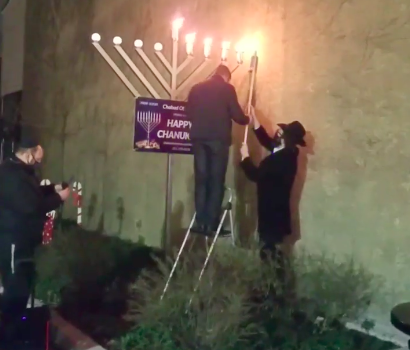 3 / 4
The giant Menorah was lit in Downtown on the fourth day of Hanukah. 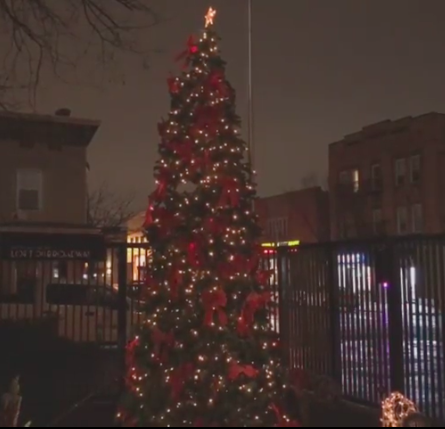 1 / 4
The Christmas tree in Midtown, viewed from above

2 / 4
Officials speak before the tree lighting at Bayonne Medical Center.

3 / 4
The giant Menorah was lit in Downtown on the fourth day of Hanukah.

Holiday ceremonies have taken on greater meaning amid the pandemic. Whether it be lighting the Christmas tree or the menorah, this year communities gathered to celebrate the holidays despite COVID-19. The ceremonies were displays of hope, unity, and perseverance as 2020 comes to an end.

Bayonne Medical Center held its Christmas tree lighting on Dec. 16. Hosted by Chief Hospital Executive Dr. Vijay Singh, it honored various healthcare workers as well as those who have lost their lives to COVID-19.

“We have come out fighting strongly against the pandemic of COVID-19 which hurt our communities beginning in March,” Singh said. “We survived, and we continue to fight as we deal with the second wave.”

Mayor James Davis was on hand and thanked Singh for keeping the community protected.

“You mean so much to the city,” Davis said.

The Chabad of Bayonne lit a nine-foot Hanukkah menorah at Kopcinski Park at 426 Broadway on Dec. 13, the fourth night of the eight-day holiday. While the scope of the ceremony was limited, the lights shined “as brightly as ever,” according to Chabad.

The menorah lighting recognized the need for a message of hope during a difficult time, Chabad said. This year, the holiday had added significance as so many were isolated at home on Hanukkah.

Chabad cited the late Rabbi Menachem M. Schneerson, who taught that the menorah is a reminder that light can be brought to the darkest of times. According to Schneerson, at the core of the holiday’s observance is sharing the light with others who may not be experiencing it.

“The menorah serves as a symbol of light and hope for us today amidst the darkness of the pandemic, as it did for generations before us,” said Rabbi Yisrael Bennish. “The flames of the menorah shine out into the night, reminding us that even when confronted with much darkness, a tiny light can dispel it all. Another act of goodness and kindness, another act of light, can make all the difference.”

Chabad distributed “Hanukkah-in a box” kits complete with menorahs, candles, and goodies to those celebrating at home.

In memory of Cherie

The Fifth Annual Uptown Christmas Tree Lighting took place on Dec. 4. Hosted by Gary La Pelusa, the Christmas tree was lit on a rainy night at Morris Park at 47th St. and Broadway.

A small number of residents gathered in the park, social distancing and wearing masks. The event was livestreamed on the City of Bayonne’s official Facebook page.

“It’s very important to keep our traditions alive and keep them going,” La Pelusa said. “This is the reason we wanted to make sure we had this rain or shine, pandemic or not. We had to have this tree lighting.”

According to La Pelusa, it’s important to keep the traditions alive so that next year, or after the pandemic, the community can move on and keep growing.

La Pelusa said that the Tree Lighting Ceremony was being held in memory of his late wife Cherie. Three of his children were present to flip the switch: David, Jennifer, and Gianna.

The tree lighting ended with La Pelusa wishing everyone a happy holiday for whatever they celebrate and a prosperous New Year.

Taking care of each other

The UEZ Christmas Tree Lighting in midtown took place on Nov. 24 at Kopcinski Park near 19th St. and Broadway. Attendance was limited, with social distant seating and required masks. The event was livestreamed on Davis’s Facebook page.

Davis hosted the event, which featured performances by the Latin Groove Dance Academy. Following the dances, Davis thanked residents for their cooperation throughout the pandemic.

“From day one, Bayonne has led the way,” Davis said. “We took care of each other. Everybody jumped in, and we did what we needed to do take care of our community.”

Davis said that the tree lighting is the city’s “thank you” to residents. He remained optimistic about the coming months, noting that the COVID-19 vaccine will be available to residents in the near future.

“We’ve got a little ways to go,” Davis said. “But we need to keep doing what we’ve been doing since last March. And that’s to look out for each other and protect each other.”

Santa Claus arrived in a fire truck to help Davis light the tree.

Upcoming events include Santa riding down Broadway on Christmas Eve from 1st to 52nd St. His visit will began on 1st Street at 1:30 p.m. Children can drop off letters to Santa at the special mailbox in front of City Hall.

These holiday festivities are a sign that the community continues to foster a sense of hope, community, and optimism despite the pandemic.