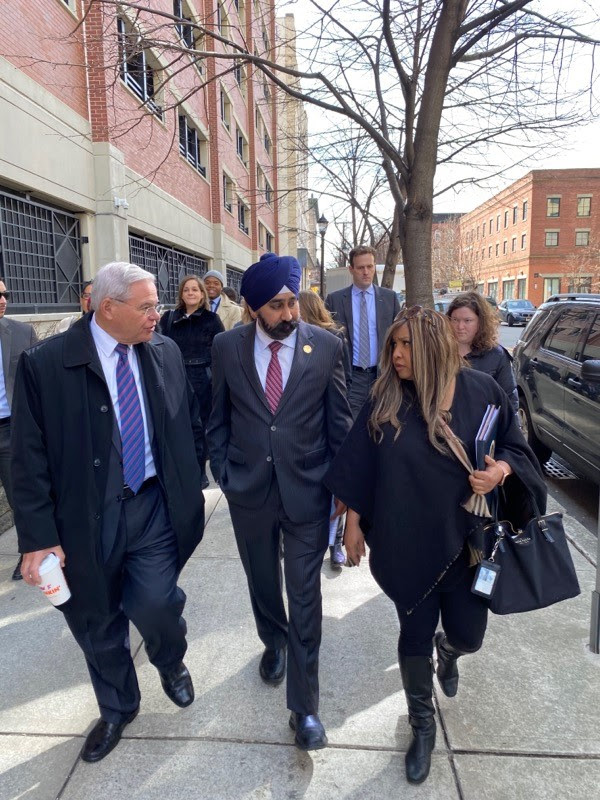 While most people have kept a close eye on Washington D. C. and the latest omnibus-spending bill due to much-needed coronavirus relief, Hoboken has another reason to hope President Donald Trump signs it; Rebuild By Design.

Thanks to U.S. Senator Bob Menendez, chair of the Sandy Task Force and ranking member of the Senate’s housing subcommittee, the more than 5,000-page bill now includes language that extends the funding deadline for the “Rebuild By Design” project which aims to make the city more resilient to storm surges.

In 2014, the U.S. Department of Housing and Urban Development awarded the project $230 million in the form of Sandy-related Community Development Block Grant Disaster Relief funds.

To get the funds, the project had a completion deadline of September 30, 2022.

If the project is not completed by that statutory deadline, the federal funding would be forfeited.

Now, once signed, the New Jersey Department of Environmental Protection and Hoboken have until Sept. 30, 2023 to complete the project.

“I was proud to support and secure $230 million in federal funding for Hoboken’s ‘Rebuild By Design’ project and refuse to sit back and allow this vital flood mitigation project to be torpedoed by some arbitrary statutory deadline,” Menendez said.

“This is the kind of long-term, comprehensive approach to flood mitigation and resiliency that can protect the residents of Hoboken and its surrounding communities and serve as a model for other urban areas grappling with repetitive flooding.  While we will likely need to secure an additional extension to complete this project, this gives us some additional breathing room to work with the incoming Biden Administration.”

Hoboken’s Rebuild By Design project came about after Hurricane Sandy devastated the city in October of 2012, flooding homes and stranding residents as floodwaters reached as high as six feet in some places.

To combat the flooding caused by storm surges, the project will erect a resist barrier that will be composed of several technical components, including three types of deployable gates: roller gates, swing gates, and stop log gates.

At Washington and Observer, a rolling gate would be deployed to block the street during a storm surge. The barrier would cross over onto NJ Transit property behind the NJ Transit pump house and extend west out of public view. It would then reemerge on Observer Highway at about 11 feet tall in front of the NJ Transit engine house.

From there, the barrier would continue west along the southern portion of the Observer Highway bike lane in front of the engine house before once again turning onto NJ Transit property, where it will continue toward Marin Boulevard.

The northern barrier will extend from 19th Street in Weehawken past the Weehawken Cove through what will be Hoboken Cove Park to 15th and Garden Street.

It then would run along Garden Street to the alleyway between 14th and 15th streets and then turn right on Washington Street before stopping at 13th Street.

The resist structure will be built from ground level near 13th Street to over six feet tall near Garden and 15th streets.

At a community meeting last December, Dennis Reinknecht of the Office of Flood Hazard Risk Reduction Measures for the NJ DEP, warned the project could miss the federal funding deadline due to several challenges.

These challenges included needing to find a gate that can cross the light rail tracks at 19th Street in Weehawken, obtaining easements for properties where the Rebuild By Design’s resist structure will be constructed, and additional investigating of the subsurface to determine where all utilities are buried.

In March, Menendez and Hoboken Mayor Ravi Bhalla led U.S. Department of Housing and Urban Development (HUD) Region II Administrator Lynne Patton on a tour of the resiliency project to highlight the merits of the project and secure the administration’s support for an extension.

Menendez shepherded through Congress the original $60 billion Sandy aid package and is an advocate for reforms to the National Flood Insurance Program (NFIP) that include federal investment in flood mitigation and resiliency.

To learn more about the project go to https://www.nj.gov/dep/floodresilience/rbd-hudsonriver.htm