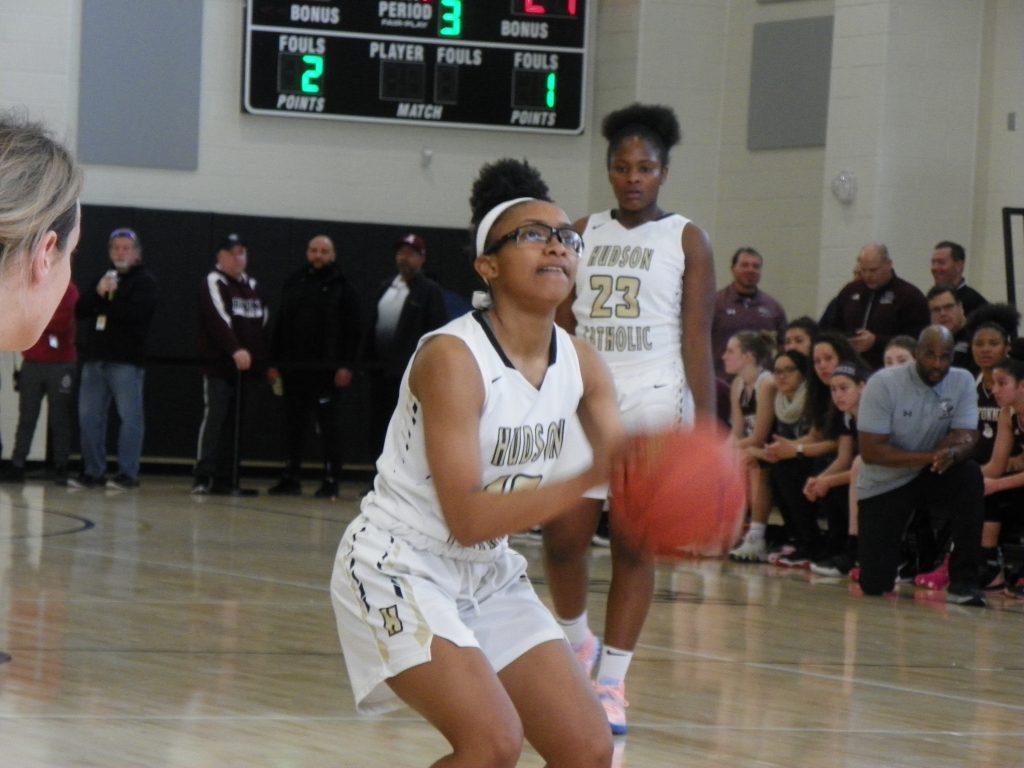 Zanai Jones, who has already signed her scholarship letter to Big East power Villanova, returns for her final season at Hudson Catholic
× 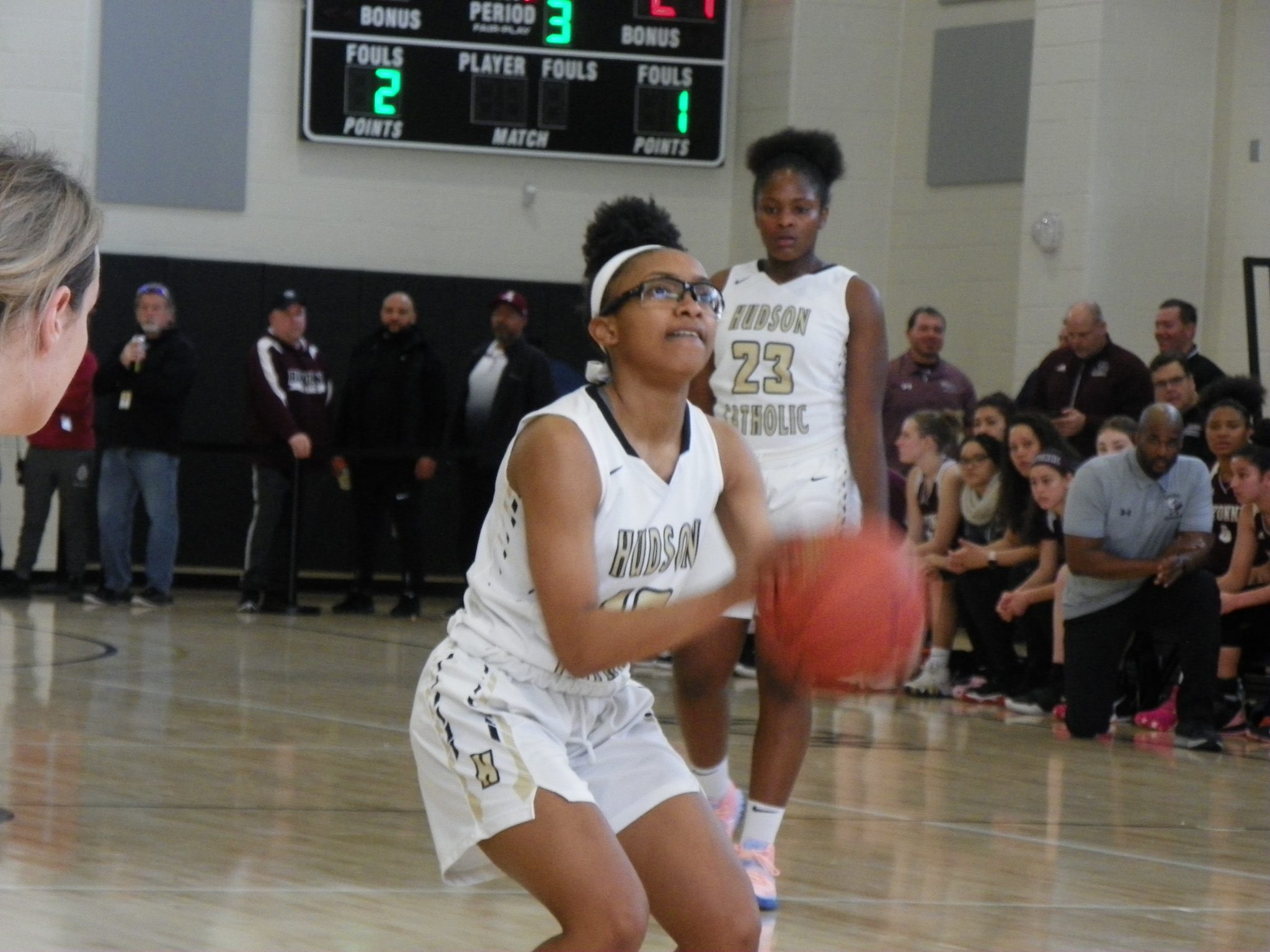 Zanai Jones, who has already signed her scholarship letter to Big East power Villanova, returns for her final season at Hudson Catholic

The Hudson Catholic High School girls’ basketball team had a fantastic season a year ago, but then suffered a tough loss to Bayonne in the Hudson County Tournament championship game.

“It stings for a while,” said Hudson Catholic head coach Pete Vincent. “It’s a feeling that is not fun. As a coach and our staff, we immediately embraced it. We now have to find a way to use it to our advantage. It’s definitely not what we wanted. We had two seniors and that’s what hurts me the most is that we lost for them.”

But Vincent is certain that the Hawks have put the loss in the rear-view mirror.

“I think it’s fuel for this year,” Vincent said. “I think it’s something that has motivated us since last March.”

Vincent said that his team found ways to get ready for the season throughout the pandemic.

“Our kids are very resourceful,” Vincent said. “They found courts outside to shoot and work out. They’ve done things to improve themselves. We’re ready to turn last year’s Ls into lessons. Thinking about last year would be like beating a dead horse. But I think it will be a factor.”

The Hawks all know that because of the pandemic, the season has been shortened to just 15 games and no NJSIAA state tournament.

“It’s a 55-day season,” Vincent said. “We have 15 games. There will be a league tournament, so that’s something to play for.”

The good news about the Hawks is that the three girls that suffered season-ending knee injuries a year ago have all recovered.

“We lost three girls to ACL surgeries in a span of six weeks,” Vincent said. “But they’re all back, all healthy and all cleared to play. All three are ready to go and I’m very excited for them.”

“She’s very strong,” Vincent said. “She’s in very good shape. She’s good around the ball and can get up and down the floor well.”

Demaris Andrews is a 5-foot-9 junior forward who is also back from the knee surgery.

“She is really good with her back to the basket,” Vincent said. “She has a nice mid-range jump shot that she’s going to get to use.”

And then there’s Soraya Ortiz, the 5-foot-10 junior guard/forward.

Soraya played a lot as a freshman but sat out last year with the knee injury. She’s the daughter of former St. Mary’s of Jersey City and Seton Hall guard Ray Ortiz.

“She can attack the basket,” Vincent said of Ortiz. “She’s going to be very special. I’m excited to see what she looks like.”

No one can defend like Ortiz. He has incredibly long arms that she used to collect steals.

“She brings defensive versatility to the team, no question,” Vincent said of Ortiz.

All the players returning is good news for senior point guard Zanai Jones, who had to do a little bit of everything last year, as she was the Hudson County Player of the Year last year.

The 5-foot-5 Jones averaged 18 points, seven assists and six steals per game last year. She has already signed a National Letter of Intent to attend Villanova University next fall. She begins this season just 70 points shy of surpassing Hayley Ramirez (now at Felician University) as the school’s all-time leading scorer.

“She’s focused on what she needs to do on the next level,” Vincent said of Jones. “She has to make her teammates better. She’s excited about getting her teammates involved. She’s gotten so much stronger than last year. Her work ethic is incredible. She looks completely different than last year. I think she has some individual goals that she’d like to attain. She wants to win another county championship.”

Vincent laid a heaping helping of praise on Jones.

“She’s one of the best players we’ve ever had in Hudson County,” Vincent said. “And I think her best basketball is still ahead of her. She’s only going to get better.”

Another returning player is senior center Adiana Pacheco. The 6-foot-1 Pacheco should get her decent amount of college looks this season.

“She has excellent one-on-one moves,” Vincent said. “She’s an excellent outside shooter. She also became one of our better rebounders.”

Sophomore Meghan Gentile also returns. The 5-foot-7 Gentile can fill in at the point when needed, but she also can shoot the ball well.

“She’s adapted her shot to her body,” Vincent said. “I think she’s going to have a really good season. She is a good playmaker. She also has a good basketball IQ.”

Jalayiah Smith is a 5-foot-10 transfer from Marist.

“She’s long and lanky,” Vincent said. “She can play outside. She’s improved a lot. I’m looking for her to drive to the basket. Her ability to steal the ball is also very good.”

“She’s a good defender,” Vincent said. “She has had some medical issues in the past, but I’m excited to have her with us.”

“She’s a good ball handler,” Vincent said. “She has a good range game.”

“She’s a good defender who handles the ball well.”

Monaysia Emerson is a 5-foot-7 senior guard who also transferred from Marist.

Cyniah Smith is a freshman 5-foot-7 guard who is the younger sister of Jalayiah.

“I expect her to play a lot,” Vincent said. “She’s a very good ball handler.”

The Hawks open the season Jan. 28 against Hoboken at home, but there will be no fans.

It should be a good season for the Hawks.

“The coaching staff and I are putting our heads together,” said Vincent, who welcomes former St. Aloysius and Marist boys’ head coach Tony Romano to his staff. “We’re glad to add Coach Romano to our staff. I’m looking forward to the season. I think we can create something special this year.” – Jim Hague 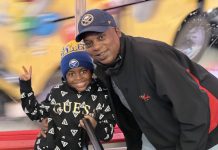