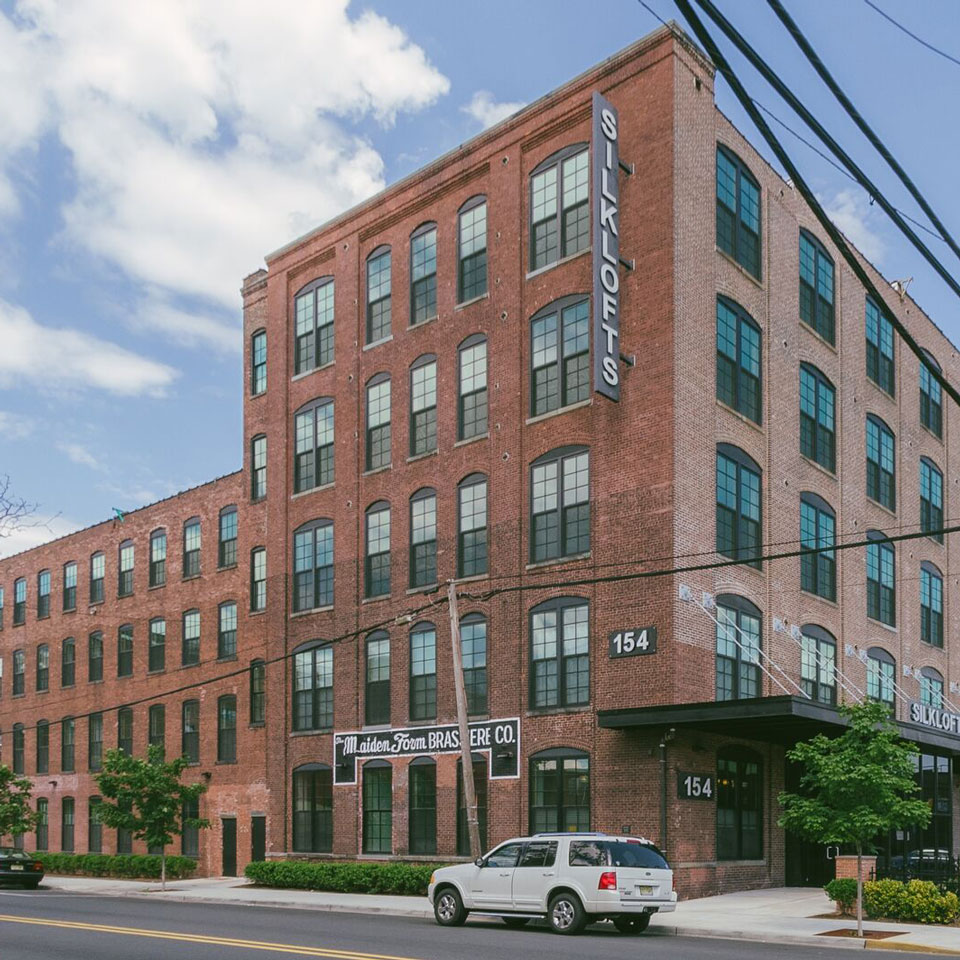 The Silk Lofts at 154 Avenue E

Last October, the Bayonne Planning Board approved the amended Silk Lofts Redevelopment Plan, which allows for approximately 251 additional units to be constructed across the street and south of the existing building at 154 Avenue E.

The amended plan had been tabled twice upon request by City Council President Sharon Ashe-Nadrowski, who wanted to wait for Second Ward Councilman Sal Gullace to be present and speak on the matter since it concerns the second ward.

Gullace was absent for the last two council meetings as he continues to recover from a leg injury due to an industrial waste removal truck accident. He was present at this meeting.

First Ward Councilman Neil Carroll opposed the proposed plan, saying “it presents a problem to the city as a whole,” meaning beyond the second ward.

Referring to zoning exceptions, he said, “In the four-block radius immediately following that area, there are six buildings that have been constructed during this administration. All of those buildings are below six stories, with the exception of a housing building that was there for years that is no larger than ten stories. So this would represent a much larger exception.”

Carroll then asked about absorption rates, which detail how many units built in the city are full or filling.

“I know some constituents have that concern and are curious,” Carroll said. “And what recourse is there for the potential creation of districts within the current zoning map, given that much of our agenda is comprised of exceptions to zoning?”

Carroll proposed tabling the ordinance a third time until an absorption rate study can be conducted.

This was a turnaround from the last two city council meetings, when Carroll and Third Ward Councilman Gary La Pelusa reluctantly agreed to table the ordinance to wait for Gullace. Both councilmen planned to vote against the amended redevelopment plan.

La Pelusa seconded the motion to table the ordinance and said he “wouldn’t mind seeing the absorption rate.” He also said he wouldn’t mind voting on the plan at the meeting if necessary.

“I just want to talk about this because you know, Mr. Carroll was the one who didn’t want to even wait and wanted to vote on this last month,” said Ashe-Nadrowski. “We tabled it to wait for our colleague to come back, who was in the middle of surgery at the last meeting.”

She said the absorption rate has nothing to do with zoning and the amended redevelopment plan.

“And you keep talking about exceptions,” Ashe-Nadrowski said. “No zoning exception was needed for this project. There are no variances and no exceptions. So I’m a little confused as to what the exception is.”

“You said exception, and usually that means zoning exception,” Ashe-Nadrowski said. “There is no zoning exception on this at all that was necessary. So it’s just a straight-up plan like every other plan that we vote on.”

Ashe-Nadrowski said she didn’t need an absorption study and was ready to vote.

Not tabled this time

Following that exchange, some residents sought to comment but were rejected because the council was in the middle of a vote, and the public hearing had already closed.

Councilman At-large Juan Perez said that Gullace may be back in the hospital in the future, possibly delaying a vote on the ordinance again. Because of that, he was ready to vote at the meeting.

Gullace apologized for missing meetings due to his leg injury, but said he was ready to vote.

“They did traffic studies,” Gullace said. “I got this from our own engineer. I’m ready to vote. I think it’s a good idea, and we should go with it.”

The council voted against a motion to table the ordinance, 3-2. Carroll and La Pelusa voted in favor of tabling the ordinance until an absorption rate study was completed.

Voting on the redevelopment plan

Before voting no, Carroll cited the city’s Master Plan survey, which he said found that only twelve percent of residents in the city were in favor of ten-story or higher buildings in the area.

“This would be against 88 percent of the population that was polled,” Carroll said. “So I vote no.”

La Pelusa voted no because he didn’t like the maximum allowed height of buildings.

“I don’t like 18 stories, I think its way above anything we’ve ever done,” La Pelusa said. “It changes the neighborhood drastically to have this type of building there. There’s more things involved than we’ve even talked about.”

La Pelusa thanked Carroll for mentioning the Master Plan survey, which he said found only 22 percent of residents polled approved of buildings over five stories in this area.

“There are wind-shift changes when you have a building this high, so it will affect more than just the area immediately around it.” La Pelusa said.

Gullace said the redevelopment plan is a great idea and voted yes.

Perez voted yes, stating, ‘”The economy is very fragile. I would consider this a good building. It would produce good construction jobs for Bayonne residents and some are good union jobs.” He added, “This will allow a beautiful new building that will give back to the community. It will attract new residents who will support the local businesses on Broadway.”

Perez said the area is “ugly” because it abuts the light rail tracks, and redeveloping the area will add open space and more parking.

Ashe-Nadrowski voted yes, noting that the amended plan conformed to Master Plan after being approved by city planners and the planning board.

“I agree with councilman Perez that although the building is larger than we’re used to, most of the buildings that this administration have done pushed the limits a little. It gives rebirth to the neighborhood that is kind of desolate and is underutilized. It’s in a prime location, being on the light rail corridor.”

The ordinance was adopted in a 3-2 vote.