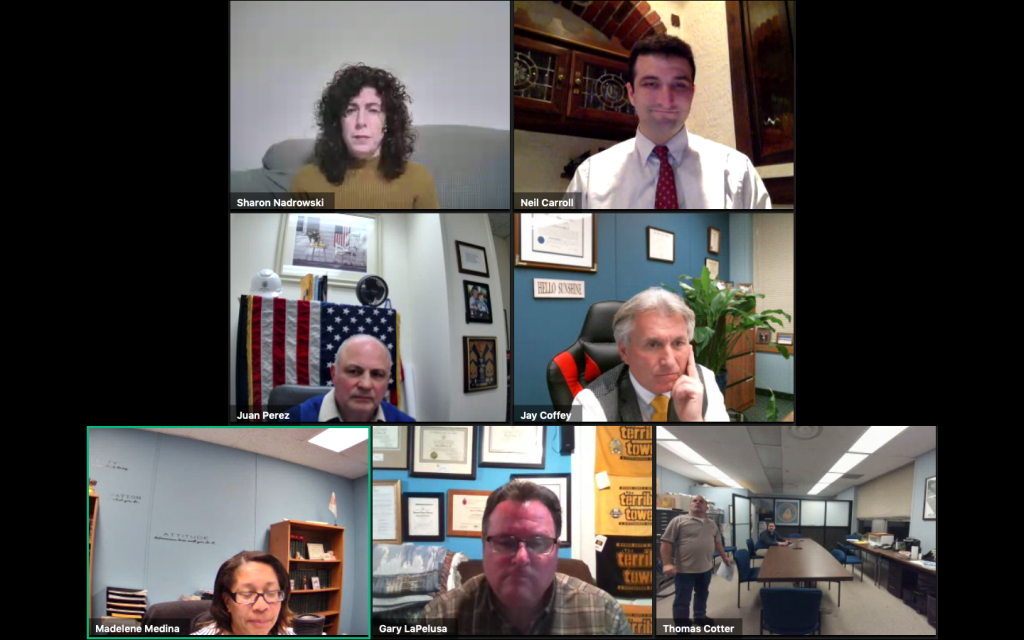 The city council met virtually via TetherView on Jan. 20.
×

The city council met virtually via TetherView on Jan. 20.

The Bayonne City Council has approved a number of payments-in-lieu-of-taxes (PILOT) agreements with multiple developers.

At the meeting last month, City Council President Sharon Ashe-Nadrowski said that the city has a new policy of reviewing financial agreements with financial advisers to ensure the agreements benefit the city.

The council adopted an amendment to the PILOT agreement between the city and Parkview Realty Urban Renewal LLC for 101 East 23rd Street. Parkview is constructing a 180-unit residential building that will be part of the Avenue G transit village.

The council voted unanimously to adopt the ordinance.

The council approved a PILOT agreement between the city and 746 Avenue E Urban Renewal LLC, designating it as the redeveloper of the property at the site of Beacon Oil at 736-742 Avenue E. It also executed a redevelopment agreement with the redeveloper.

746 Avenue E Urban Renewal LLC’s application to construct a multi-family residential building was approved by the planning board in March of 2020. The building is one of the first structures seen on Avenue E when entering Bayonne from the New Jersey Turnpike.

The city’s Historical Society has asked that the developers preserve and donate the Beacon Oil lighthouse prop sign. The wooden lighthouse has been a “beacon” or symbol of Bayonne to people entering the city via the NJ Turnpike.

According to Ashe-Nadrowski, one of the financial advisers reviewed the PILOT and decided this agreement needed to be adjusted. At the meeting she proposed an amendment to change the starting annual service charge from 11 percent of the annual gross revenue to 12 percent.

She apologized for the last-minute alteration; she had just gotten the report that day.

It’s not clear how long the term of the PILOT agreement will be. Third Ward City Councilman Gary La Pelusa voted against the agreement, signaling it was likely more than 20 years. The rest of the council voted to adopt the ordinance.

The council also approved a PILOT agreement between the city and EOM 90 Avenue E Urban Renewal LLC for 90-102 Avenue E.

The terms of the agreement are not included in the ordinance. According to the ordinance, it was unlikely the project would have been undertaken without the PILOT agreement.

Last February, the planning board approved a seven-story residential development with 70 units and 70 parking spaces at the site of the former Bayonne Stainless warehouse.

First Ward City Councilman Neill Carroll said that these PILOT agreements were holdovers from last year, which is why they may exceed 15 years. Previously the council limited PILOTs 20-year terms and discussed limiting them to 15 years this year.

That didn’t cut it for La Pelusa who voted against the agreement.