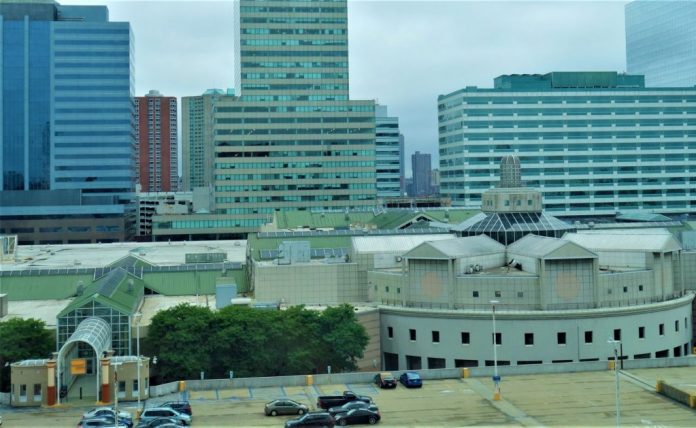 On Monday, Feb. 22,  Jersey City resident Ahmad Broadway, 26, pleaded guilty to charges related to his involvement in the Jan. 11, 2019 shooting inside the Newport Centre Mall in Jersey City that injured two people.

According to the Hudson County Prosecutor’s Office, Broadway pleaded guilty to one count of second-degree Possession of a Weapon for Unlawful Purposes and to one count of fourth-degree Risking Widespread Injury or Damage.

Judge John A. Young, Jr., accepted the plea during a virtual plea hearing.

On Friday, Jan. 11, 2019, at approximately 6 p.m., Jersey City Police responded to a call of shots fired with victims inside the food court on the third floor of the Newport Centre Mall.

Two men were injured in the shooting and hundreds of mall-goers were locked down for hours while law enforcement from multiple agencies throughout the area secured the mall and searched for the shooter.

As part of the plea agreement, the state is recommending a sentence of five years in New Jersey State Prison, 42 months without parole eligibility pursuant to the Graves Act on the weapons offense, and 12 months on the Risking Widespread Damage charge.

The sentences are to run consecutively to one another for a total of six years in New Jersey State Prison.

Sentencing is scheduled for March 29 before Judge Young, Jr..

Assistant Prosecutor Adam Salzer of the Hudson County Prosecutor’s Office represents the state in this case.