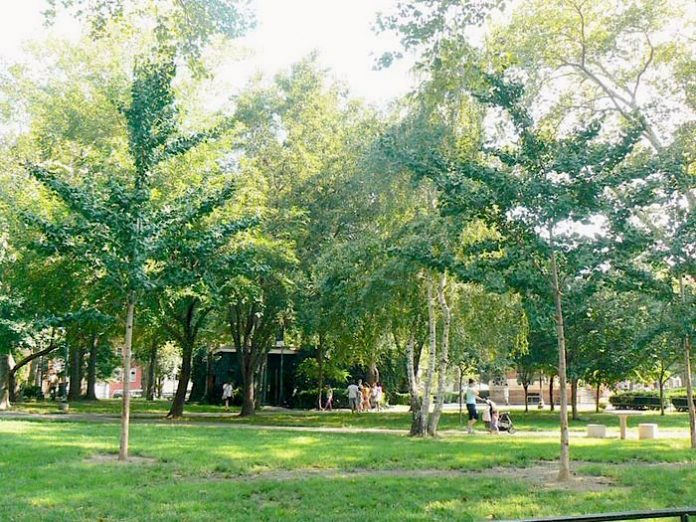 Hoboken police officers arrested a Jersey City man after he allegedly brandished a knife at another person in Church Square Park.

According to the HPD, on  March 16,  at 1:52 p.m., Sergeant William Bullock and Officers Jason Montalvo and Roberto Cuevas were dispatched to Church Square Park at 400 Garden St. on a report of a man who had allegedly threatened another man with a knife.

The complainant, from Union City,  met with officers and explained that he was with his wife in the park when he stopped to use the park’s restroom.

As he entered, he noticed a man, later identified as Jersey City resident James Allen, 72, and an argument ensued over the use of the bathroom.

At some point during the argument, Allen allegedly brandished a knife and threatened to kill the complainant.

Allen’s charges were placed on a warrant, and he was transported to the Hudson County Correctional Center.