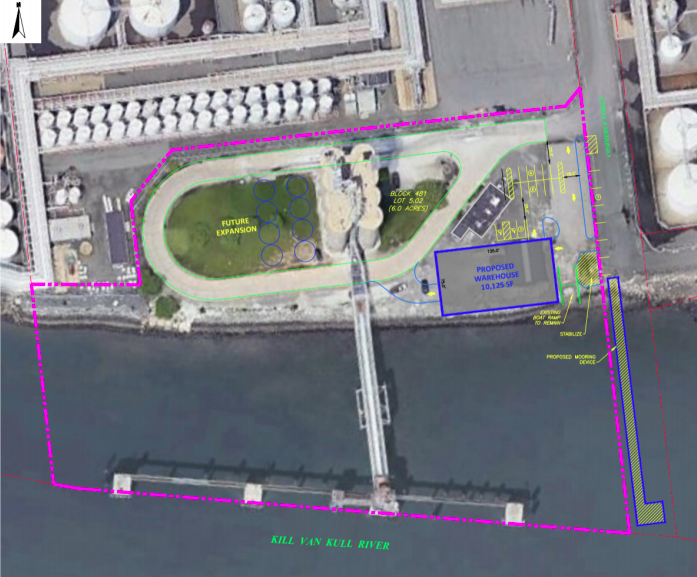 A mockup of a potential use of the site
×

A mockup of a potential use of the site

The Bayonne Planning Board has approved a redevelopment plan at an industrial site along the Kill van Kull that would require a developer contribution toward the waterfront walkway.

The plan was presented at the board’s March meeting by City Planner Suzanne Mack. The site was originally declared an area of redevelopment as 7 and 9 New Hook Road in December.

But separate redevelopment plans were drawn up for each site. The board approved the plan for 7 Lower Hook Road, formerly known as 7 New Hook Road, at its February meeting. The redevelopment area is the former site of PDQ Plastics.

This plan is for 9 New Hook Road, now known as Commerce Street and Hook Road. The redevelopment area is the former site of Atlantic Cement, totaling 5.4 acres of land along the Kill van Kull nestled between old petroleum tanks in the surrounding area.

In the redevelopment plan, permitted principal uses include marine-based operations such as a boat ramp, ship chandler, or other service operations; barges, piers, platforms, fixed or floating docks, and mooring devices; green infrastructure; dock facilities including the operation of an intermodal container facility; recycling facilities such as a recycling drop-off facility; Flex Space for commercial and light industrial uses including office space and administration, logistics support, and distribution and assembly.

Included in the permitted use of agricultural growing operations are vertical farms, hydroponics, gardening, and the growing, cultivation and processing of cannabis. In the plan for 7 Lower Hook Road, the permitted use of cannabis establishments sparked discussion among planning board members over whether or not it should be included.

While a redeveloper could submit plans to build a cannabis establishment at these sites, the plans do not give the redevelopers the right to do so; the decision is subject to planning board and city council approvals.

A minimum of 10 percent of the redevelopment area must consist of open space and or green or sustainable features. This can be green wall, green roof or landscaping on site. Street trees will be required along public roads abutting the site.

The redeveloper must make a contribution to develop a portion of the Hudson River Waterfront Walkway along their shoreline, including three dedicated parking spaces, according to Mack.

But Mack said it might be tricky considering its location in an industrial area. The plan allows for an alternative.

The plan allows for both options, Mack said.

The plan requires design standards to make the site aesthetically pleasing from Hook Road. The redeveloper will be required to make public improvements, including repaving and paving roads, site remediation, installing lighting, and handling trash and recycling collection.

Mack said the plan was an exciting opportunity to bring in jobs and revitalize an industrial area along the waterfront with green space and design standards.

She said that the plan will allow the area, which has been underused for years, to become well developed with green infrastructure and a contribution to the waterfront walkway.

City Planner Mika Apte said that the plan aimed to allow permitted uses that would make underused properties in industrial areas economic contributors. He said the plan will require sidewalks.

Chairwoman Karen Fiermonte said it was not everyday the board votes on a waterfront redevelopment plan, especially for an industrial property.

The board voted unanimously to approve the plan. The next meeting is on April 13 at 6 p.m. To attend, go to bayonnenj.org and click on the event on the calendar webpage. 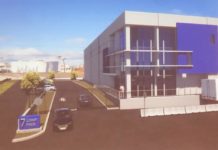