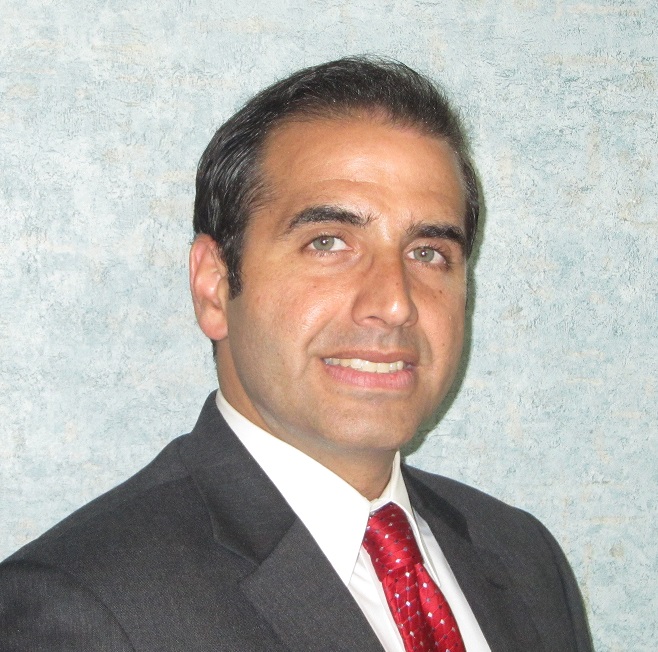 Mayor Steven Fulop’s appointment of Eid will now go before the Jersey City Council on April 15 for approval.

Once approved by the council, Eid will assume the role of Chief Judge of the Municipal Court for the City of Jersey City and be responsible for managing one of the largest case dockets in New Jersey, according to the city.

“I’m extremely honored and excited to be appointed Chief Judge,” said Eid. “I look forward to building upon our successful operations as one of the most dynamic courts in the State, with many specialty courts handling complex issues, including mental health, domestic violence, and community court. We handle a diverse scope of cases, and I hope to continue to lead a multi-faceted court that deals with a lot of these complicated subject matters.”

Fulop appointed Eid to the Jersey City Municipal Court in November of 2014.

As a municipal court judge, Eid has been involved in cases regarding compliance with quality of life measures and similar code violations.  Eid assisted with the development and implementation of the Jersey City Community Court, which focuses on quality of life offenses and uses community service as an alternative to incarceration and fines while also linking offenders with service providers to improve both individual and community outcomes.

According to the city, Eid helped launch of the Jersey City Youth Court Program, which enables young adults facing minor offenses to remain out of the justice system and, instead, face a court of judges, attorneys, and jurors of their peers in an effort to reduce juvenile delinquency rates.

“On behalf of the Egyptian, Arab, and Muslim Community of Jersey City, we congratulate Ramy Eid for his outstanding achievements,” said President of the Jersey City Islamic Center Ahmed Shedeed. Over the last couple of years, Ramy defined what the American Dream truly means through hard work and dedication. It is an honor and a privilege to have him represent our community and help serve Jersey City. I would also like to thank Mayor Steve Fulop for nominating Ramy to this esteemed position and working endlessly for our city. We wish Ramy the best of luck and thank him for not only being a great civil servant but an inspiration to all future generations of Egyptian, Arab, and Muslim Americans.”

Prior to his work in Jersey City, Eid served as Assistant Corporation Counsel for the City of Newark’s Law Department.

“Mayor Fulop chose wisely here with a selection that exudes goodwill toward our Egyptian community and benefits the entire City,” said Deacon Emad Attaalla of the Saint George Egyptian Coptic Church.  “Judge Eid is very organized and very fair.  He will add a lot to our Municipal Court as Chief Judge, and he will be a great leader not only for those working under him but also for all of Jersey City. We as Egyptian-Americans are a large community within Jersey City, and this is a success story for all immigrants.”

Abad was first appointed as chief municipal judge in 2013 by then-Mayor Jerramiah Healy.

He had previously served as a judge in Jersey City municipal court and worked in the Jersey City, Newark, and Essex County prosecutor’s offices.

“We are extremely proud of Judge Abad for his well-deserved nomination, and we are thankful for his work in Jersey City,” said  Fulop.  “I have no doubt that Judge Eid’s tenacity and leadership skills will continue to lead our court system with policies outlined around fairness and equality.”

Marley was first appointed as a municipal judge by Healy in 2007.

She had also previously served as an assistant prosecutor with the Hudson County Prosecutor’s Office and a municipal prosecutor in Jersey City.

“The appointment of our two esteemed judges to Superior Court speaks to the fact that we have only the best judges in our courts, and I know these new judges will expand upon those efforts to cultivate a court system the community can trust,” said Fulop.  “Jersey City has one of the busiest municipal court vicinages in New Jersey, and these three new judges bring with them a tremendous wealth of knowledge and experience to help best serve the local community with a diverse and fair judicial system.”

“Having served the citizens of the City of Jersey City as an assistant municipal prosecutor for the past 20 years, it is an honor for me to be nominated to serve as a municipal judge in one of the most dynamic and diverse cities in the nation – the city that I was born and raised in,” said Scalia.

“These nominees will ensure that Jersey City continues to have the most problem-solving, public safety-focused municipal courthouse in New Jersey. Additionally, A.P. Scalia has been among our most open-minded prosecutors willing to consider both sides of an argument, which is the most important quality of an effective jurist,” said Chief Municipal Prosecutor Jake Hudnut.

Raised in Jersey City, Chatha has spent her entire professional career here, and has experience with both the courts in Hudson County and the community by way of her legal and social service work, according to the city.

“I am honored and excited to join a team of experienced and objective individuals.  I will aspire daily to bring justice for the residents of Jersey City,” said Chatha.  “I hope to inspire others within my community to have greater confidence in our judicial system and pursue their desired path. I am deeply appreciative of the confidence and consideration that Mayor Fulop and Jersey City Council Members have placed in me.”

DeSoto worked for the city as an assistant municipal prosecutor and then as corporation counsel in the early 2000s.  She has since represented a range of cases in her private practice, from civil rights and employment law to municipal corporations. Since 2018, she has served as a part-time Jersey City Municipal Court Judge.

“I started my service to Jersey City over twenty years ago, as Assistant Municipal Prosecutor and then as the first Hispanic female and the youngest person to hold the office of Corporation Counsel in the city,” said DeSoto. “It’s a privilege to use my years of experience to continue to serve the people of Jersey City.  I’m looking forward to expanding my role with the courts.”

“On behalf of the entire Jersey City Municipal Court staff, we are elated to have such qualified, skilled, and highly regarded members of the community who have excelled in a wide range of positions in the legal field, up for appointment to deliver justice and broaden services to the community, ” said Wendy Razzoli, municipal court director.

Step up and be counted