The Bayonne City Council held a virtual caucus meeting via TetherView on April 7.
× 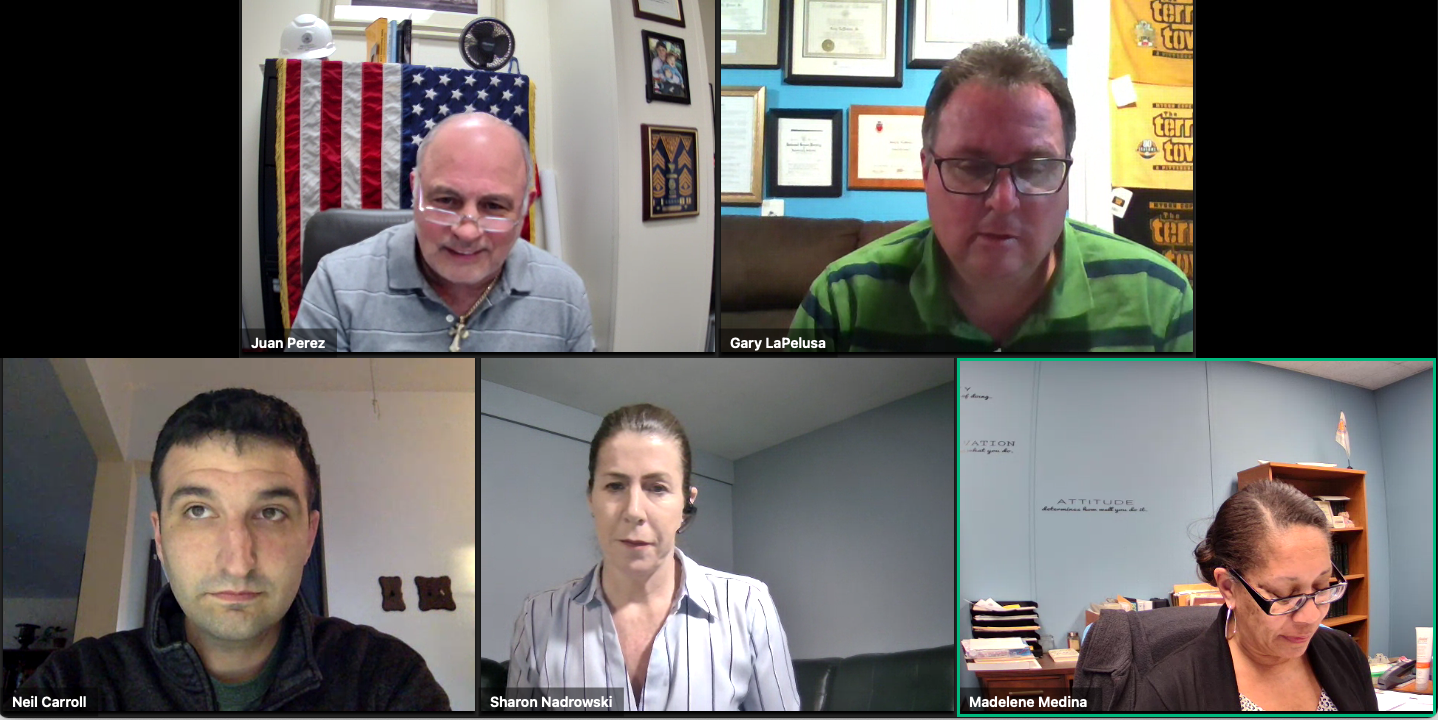 The Bayonne City Council held a virtual caucus meeting via TetherView on April 7.

After more than one year of virtual meetings through online platform TetherView due to the COVID-19 pandemic, the Bayonne City Council will return to the council chambers for in-person meetings starting in May, according to City Council President Sharon Ashe-Nadrowski.

The square video feeds of city council members, a hallmark of the virtual council meetings reminiscent of the intro to The Brady Bunch, will soon be no more. But there will still be a virtual option for Bayonne residents who want to attend the meetings from home.

Prior to the return, the council chambers was outfitted with video technology that will allow for the hybrid-esque meetings. The video feed will be controlled by the president of whatever board is meeting in the chambers, so that remote viewers can see who is speaking. The meetings will operate like Board of Education meetings, during which the board meets in-person, but the meetings are streamed live, recorded, and posted on the board’s YouTube channel.

Other boards, such as the planning board and zoning board, will likely follow suit and implement similar procedures. Most city boards have also been operating via TetherView amid the pandemic.

The city would not give further details. In response to inquiries about the shift back to in-person meetings, Public Information Officer Joe Ryan said “some things are expected to change soon.” The city is looking closely at when a number of things will be happening again at City Hall.

The virtual council meetings, in many ways, have been more accessible to residents than normal meetings, given that anyone can watch from their computer, tablet or television from anywhere with internet connection. Despite this, these meetings have drawn less turnout from residents.

Many virtual meetings were marked by the absence of some outspoken residents, who normally attended nearly every in-person meeting. Shifting back to in-person meetings will undoubtedly accommodate residents without internet access, those without the means or know-how to attend the meetings virtually, or those who did not feel comfortable doing so. Maintaining the virtual aspect of meetings allows those who feel comfortable attending remotely to keep doing so.

The virtual meeting software TetherView has faced technical difficulties from day one, whether it be audio feedback, poor connection, or user error. The most common issues involved board members being unable to unmute their audio when attempting to speak.

The worst of the issues arose in August, when a link to the virtual meeting posted on the city’s website did not work, preventing many residents from attending. As a result, the council started the meeting over after the correct link was posted.

Despite these issues, the platform has worked fairly well. The length and efficiency of meetings has increased with nearly every board.

The shift back to in-person meetings coincides with the school district’s return to classrooms under hybrid instruction in May, suggesting the potential for more reopenings in Bayonne in the coming months.