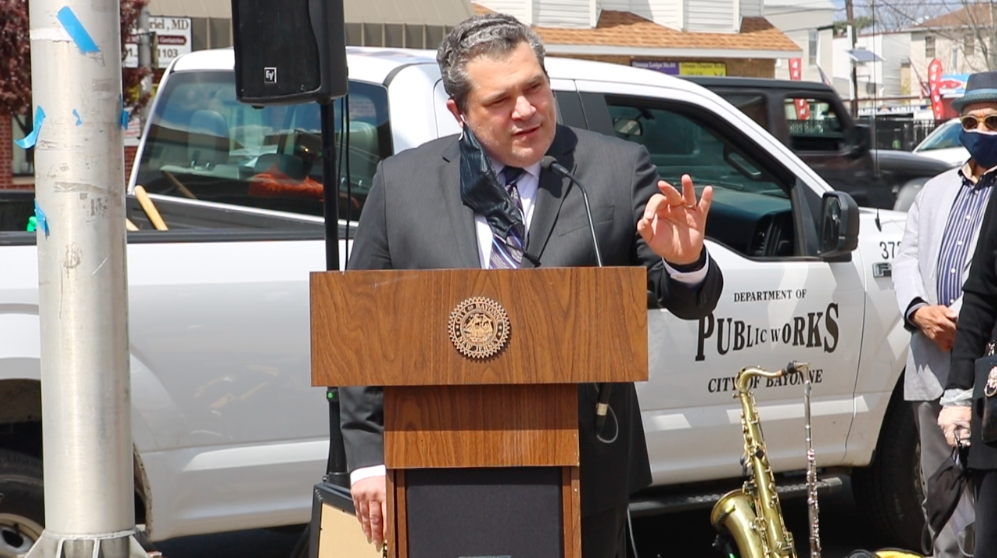 Chiaravalloti cited the difficulties of running "off the line" in his decision to no longer seek re-election. Photo by Daniel Israel.
×

Chiaravalloti cited the difficulties of running "off the line" in his decision to no longer seek re-election. Photo by Daniel Israel.

Assemblyman Nicholas Chiaravalloti has announced he will no longer seek re-election to his seat in the state Assembly. Last month, Chiaravalloti had decided to run for re-election despite losing the backing of Bayonne Mayor James Davis and the Hudson County Democratic Organization (HCDO).

“I am in public service because I love my community and want to work to improve Bayonne, Jersey City, Hudson County and New Jersey,” Chiaravalloti said. “Unfortunately, I do not have the support of the Hudson County Democratic Organization to run for re-election. I was informed by Chairwoman DeGise that because of an archaic deal made decades ago, she feels obligated to support Mayor James Davis’s pick for the Assembly.”

In February, Davis told Chiaravalloti and the HCDO about his decision to no longer support Chiaravalloti for the Assembly seat for the 31st Legislative District, which encompasses Bayonne and parts of Jersey City. The move bumped Chiaravalloti from the Democratic line on the ballot.

The power to determine who gets “the line” is formally held by the Hudson County Democratic Party Chairperson, Amy DeGise. But Hudson County political tradition holds that the mayors of cities or towns in the legislative district have the power to choose state assembly and state senate nominations.

“Of course, I am frustrated and disappointed,” Chiaravalloti said. “I believe I have done a good job in Trenton and that no one individual should dictate who represents the people of Bayonne and Jersey City in the New Jersey Legislature. Unfortunately, in the culture of Hudson County politics, there is no current process for me to present my record, no screening committees, no interviews, and no participation on the part of the elected Democratic committee members.”

‘Off the line’ challenge nixed

First nominated by Davis in 2015, after Davis’s election to mayor in 2014, Chiaravalloti ran for the seat after Davis similarly used his power not to endorse the incumbent Assemblyman at the time, Jason O’Donnell. Chiaravalloti was elected to his present term in the Assembly in 2016.

In 2007, Chiaravalloti ran “off the line” but lost. Now, he has ceased his “off the line” re-election effort, citing Gov. Murphy at the top of the ticket.

He continued: “This election is too important. We need to continue the progress we have made and make New Jersey a stronger and fairer state by supporting Governor Murphy’s re-election. Therefore, I have decided to withdraw from the race. I will continue to serve my community and assist in any way possible to improve the lives of Hudson County and New Jersey residents. I want to thank everyone who has reached out to support me. I especially want to thank my family – everyone who knows me understands that family comes first. I know how lucky I am to have their unconditional love.”

Chiaravalloti was poised to run unopposed until the sudden turn of events. Now, his would-be challenger will run unopposed in the June 8 primary.

In early March, Davis announced William Sampson will be the new candidate for state Assembly for the 31st Legislative District. Sampson, who graduated from Bayonne High School in 2007, is a crane operator for Global Container Terminal in Bayonne.

If Sampson wins the seat, he will be the first Black legislator to represent Bayonne in the state Assembly.

“I’d like to thank Assemblyman Chiaravalloti for his service to the residents of Bayonne and Jersey City over the years,” Sampson said. “I’m grateful for the faith Mayor Davis has shown in me and the path God has put me on to serve the residents of LD 31 in the Assembly. While I’m mindful of the milestone my election to the Assembly will be, I know the person in the position is never as important as the people they represent. I look forward to working with Governor Murphy, Senator Cunningham, and Assemblywoman McKnight in the coming months and always for the people.”

It is still not clear why Davis decided to drop Chiaravalloti, who was seen as a longtime political ally of Davis until recently. Davis has held firm even after entreaties to reconsider by Gov. Murphy and the Democratic legislators for whom Chiaravalloti serves as Majority Whip.

It appears that flexing his political muscle has paid off for Davis. But the political power play may have wider repercussions.

Continued calls to abolish ‘the line’

As a result of the conflict between Davis and Chiaravalloti, the HCDO has been facing calls to end “the line.” The Jersey City Council recently passed a resolution endorsing the abolition of party lines on primary ballots in the interests of fair elections. According to the resolution, New Jersey primary election ballots are configured to “stack the deck” for certain candidates at the expense of others, “thereby undermining the integrity of elections and hindering our democracy.”

The resolution comes after a March 6 letter sent to DeGise by members of the HCDO asking for a special meeting to propose changes to their bylaws to end the “line” endorsement as well as lift the binary gender cap for individuals running for county committee.

In Bayonne, local officials did not get involved when the matter was a topic of discussion at the March 17 city council meeting. Controversial former candidate for city council Peter Franco brought a resolution before the council, practically the same as the one passed by Jersey City, calling for the abolition of “the line.” However, no member of the council spoke nor moved to vote on the resolution. There was no further conversation on the matter.

As Chiaravalloti has officially dropped out, discussion of “the line” and its future in Hudson County politics will undoubtedly continue.

Broken bones and missing half a finger