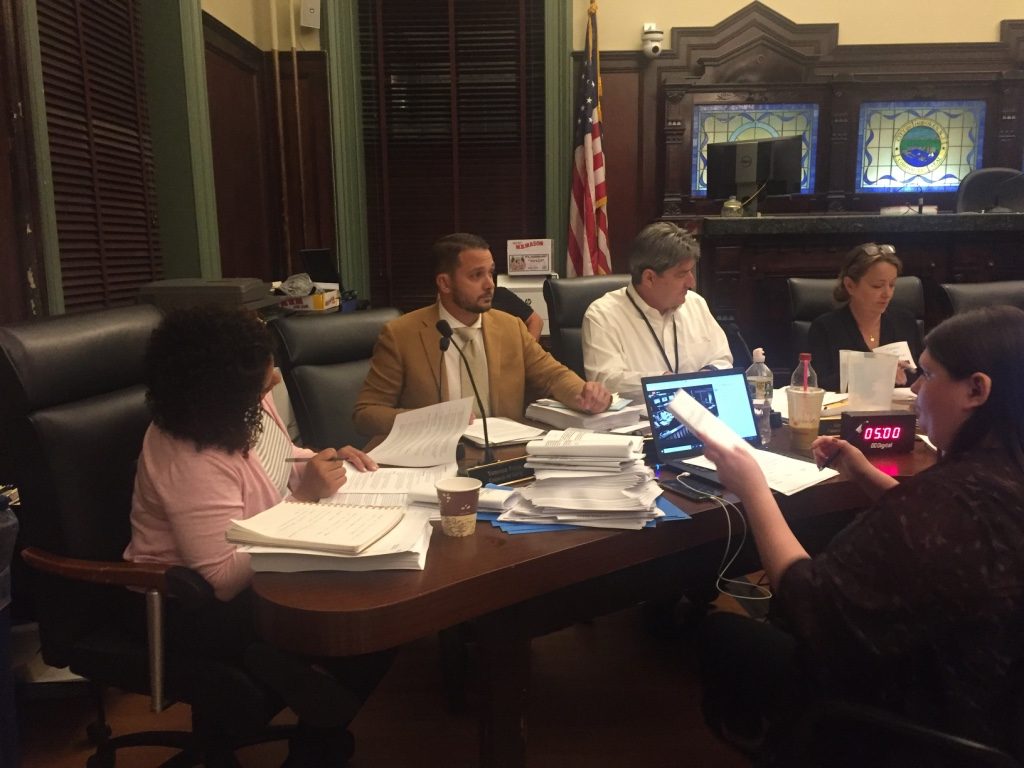 Several elected officials, including a former running mate and political adversaries, are questioning First Ward Councilman Michael DeFusco’s travel and the rental of his home on Airbnb during the COVID-19 pandemic.

According to his public AirBNB profile, which has been active since 2013, DeFusco rented his home 23 times between August of 2020 – six months into the pandemic when the Hoboken Health Department reported roughly one or two new cases of COVID-19 a day- and as recently as March 2021 when the Hoboken Health Department routinely reported double-digit figures for new COVID-19 cases.

The profile lists reviews from 11 hosts indicating travel to Colombia, Belgium, and Croatia during that same time frame.

DeFusco says he has traveled outside the country only once, followed CDC safety guidelines, Airbnb enhanced cleaning guidelines, and used the stays to help pay his mortgage.

“This past year has been a difficult one for residents, students, senior citizens, teachers, first responders, and parents,” Falco said. “I am not sure how he feels his absence is appropriate or why. During the pandemic, it was, and still remains an all hands-on-deck approach in keeping residents safe. From delivering food, checking on senior citizens, providing education and awareness of testing and vaccines, my council colleagues have all contributed immensely during these difficult times. I, unfortunately, cannot say that Council member Defusco was a part of our collective efforts during the pandemic. Despite having conversations with him, he never once mentioned that he was out of the country and/or not living in Hoboken, and I find that so disingenuous.”

“I hope that he can find a way to be honest, transparent, and accountable for his actions,” she added. “Our constituents deserve this because as elected officials we are held to a higher standard in doing what’s best for our community.”

Hudson County Commissioner Anthony Romano, who ran for mayor against the councilman, and current Mayor Ravi Bhalla in 2017, called the rentals and trips outside the country “very troubling.”

“Our Councilperson in the First Ward, the ward in which I live, should not be absent from his neighborhood and renting out his primary residence for long-term stays through Airbnb,” Romano said. “I, along with other of his constituents have reached out to DeFusco about the issue of Air BnB, with no response from him … During his absence, our community has come together to help residents and seniors in the first ward, because DeFusco has not been there for his own constituents, many of whom have not heard or seen from him in almost a year.”

Councilmembers Jim Doyle, Emily Jabbour, and Phil Cohen, who all ran on Mayor Ravi Bhalla’s ticket, accused DeFusco of being “noticeably absent” and called on the councilman to give his constituents “a full and complete accounting as to why he’s been an absentee Councilman, with overseas travel to COVID-19 hotspots during the height of the pandemic. If he’s unable to do so, perhaps he should no longer serve on the City Council.”

Spending time with loved ones

In a phone interview, DeFusco explained that he rented out his home on Airbnb while visiting family.

“Like most, including my City Council colleagues, during the pandemic I spent time with close family,” DeFusco said. “Living alone and without the ability to physically interact with the community I love, the family support is what got me through this very difficult time. Maybe the only difference is that while I was visiting family I sometimes offered my home as a short-term rental as a way of offsetting my mortgage which I pay on a single person’s income.”

He said he followed CDC guidelines in to protect the health of his senior parents, nieces, and himself, noting that he falls within the at-risk population.

As far as being an “absentee councilman” who hasn’t been assisting constituents he called the notion “preposterous.”

“Since the beginning of the pandemic I have put forth significant legislation to improve the lives of our Hoboken neighbors and businesses including the parklet legislation,” DeFusco said. “Having missed only one council meeting due to injury, I’ve remained fully present in Hoboken, and my constituents know my commitment to our neighborhood and public service is absolute and unwavering.  I own one home, have one mailing address and live in one place — Hoboken’s First Ward, and for anyone to speculate otherwise is preposterous.”

ACouncil and community meetings have been hosted virtually online since the pandemic’s onset.

DeFusco would not comment on his travel outside the country, but he told Hudson County View that he had been to Colombia once to visit a loved one and that a friend had used his account to book stays in Belgium and Croatia.

Are politics at play?

Hoboken residents will vote in a November municipal election to elect a mayor and three at-large council people.

So far Mayor Ravi Bhalla is running unopposed for a second term as mayor, but many believe DeFusco will once again toss his hat into the ring.

“I hope the public will see this for what it is –  a politically motivated hit job,” Fisher said. “Many city council members, not just Mike, have traveled this last year to be with close family, including those who signed this letter. As most know, I lost my mom last year and spent a lot of time in Rochester while handling city business remotely in those cases. I think my colleagues should be held accountable for bullying someone for choosing to supplement their income, while still doing their job, during a difficult time. Just another disgusting example of how far team Bhalla will go to discredit a potential opponent.”