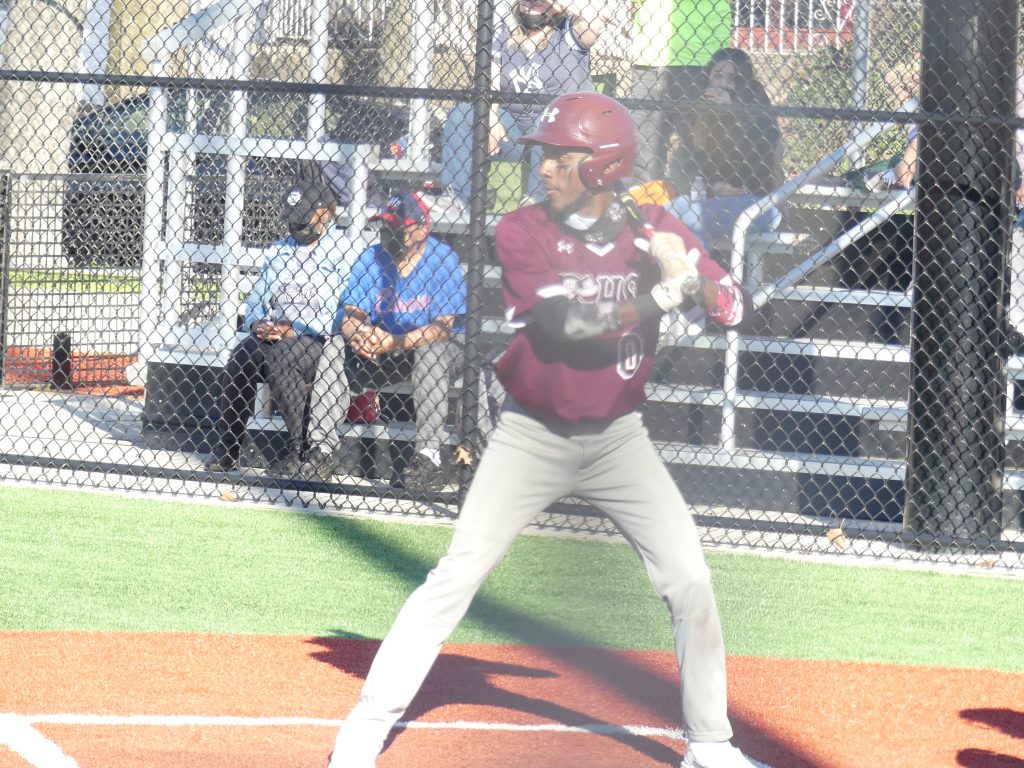 SPEEDY BEE – Senior Quincy Mitchell is the Bayonne leadoff hitter and sensational centerfielder who also pitches, as the Bees prepare for a run at the Hudson County Tournament title this season
× 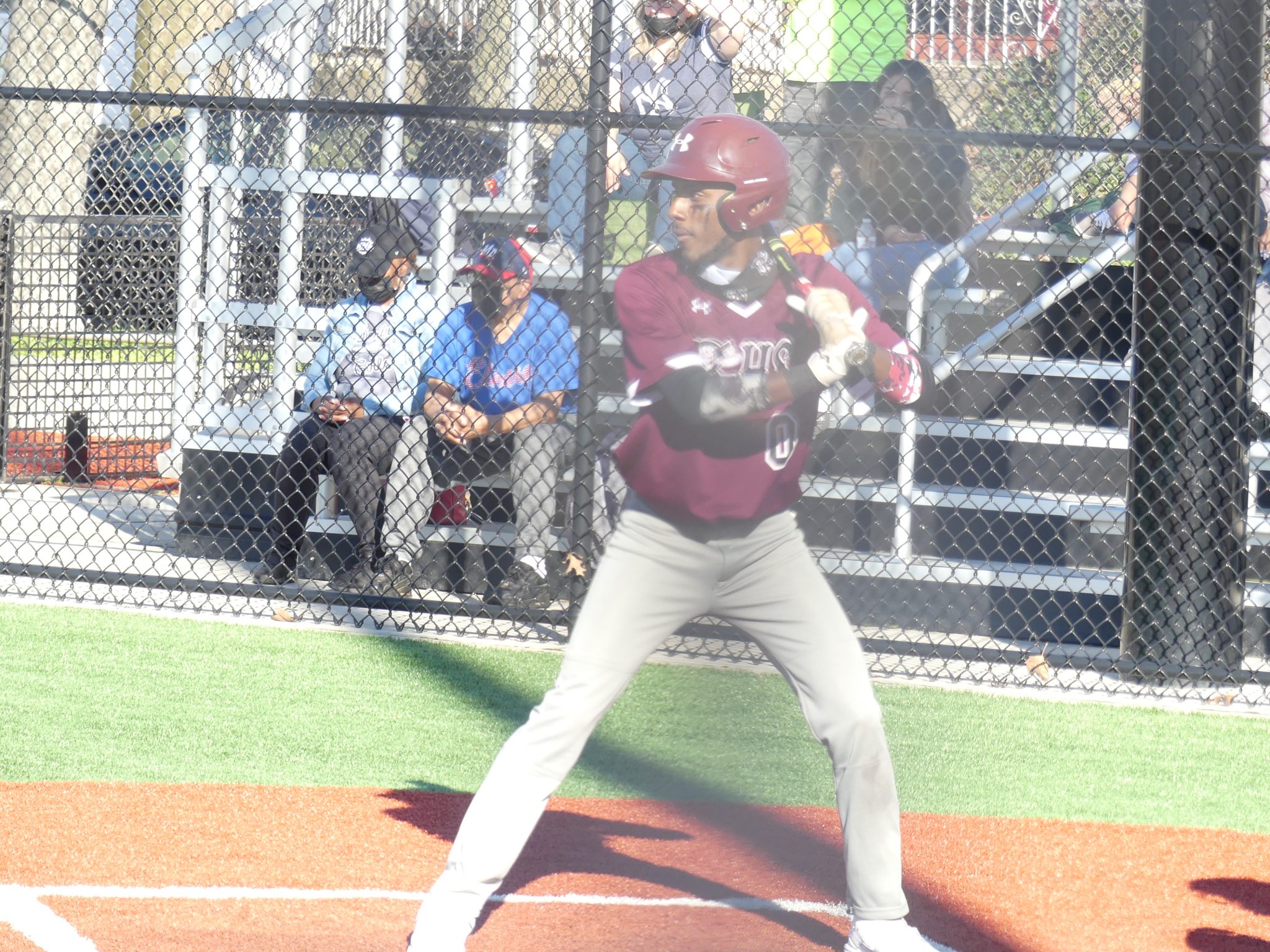 SPEEDY BEE – Senior Quincy Mitchell is the Bayonne leadoff hitter and sensational centerfielder who also pitches, as the Bees prepare for a run at the Hudson County Tournament title this season

“It was extremely frustrating to go through, especially for our seniors,” said David Hoffmann, Bayonne High School’s baseball coach. “But it helped to put things in perspective. There were a lot more important things to worry about than high school baseball. I love being around the players and the coaches, but we couldn’t have that and it’s over now. It puts a lot more emphasis on 2021 and coming back. It’s just how things are.”

Still, Hoffmann cannot forget about the graduated seniors who gave their all to the program and had nothing to show for it.

“No question, it was disappointing,” Hoffmann said. “The seniors waited for four years for their chance to defend their title. [Bayonne won the Hudson County Tournament championship in 2019.] To see kids who waited for four years for their turn to play is really heartbreaking. As a coaching staff, we knew we would all be back. But what about the seniors?”

So Hoffmann had a brilliant idea.

“We have decided to dedicate this 2021 season to the kids who would have played in 2020,” Hoffmann said. “I told our kids to write a little note on a piece of paper what you would want to say to the team of last year. I think we all learned that you can never take anything for granted, because you never know when it’s all going to get shut down. Right now, we’re going to have a season. We can only control what we can.”

And on the day that Hoffmann was saying those words, he learned that Bayonne High School was in the midst of another COVID-19 crisis and that the baseball team was going to be shut down and quarantine for 10 days. It meant that the 2021 season opener was going to be pushed back a week.

“We know now that we are going to play in about a week’s time,” Hoffmann said. “We’re going to have to move some games around and make up games in a short period of time. It makes the whole thing just a little more challenging. It sounds like a cliché, but we’re going to take it one game at a time, one inning, one pitch at a time. We’re going to go out and mold these kids and see what clicks. We’re going to give them the best opportunity to succeed.”

The Bees are young and inexperienced, but that has never stopped Bayonne from being successful during baseball season. Simply put, the Bees win come spring. It’s something that they do best in Bayonne.

“We only have three kids that were on the county championship team of two years ago,” Hoffmann said. “Those three will have to be very important players for us this year.”

The Bees have a very deep pitching staff to rely upon this year.

“I think he has a chance to be pretty good,” Hoffmann said. “He throws the ball real well. He’s not overpowering at all. He has a good breaking ball. He has excellent poise for a young kid. He doesn’t get too high or low. He keeps his emotions intact.”

Senior right-hander Ian Malone will also get a good amount of work on the mound. Malone has already given a verbal commitment to NCAA Division III perennial power DeSales University near Allentown, Pa.

“We’re counting on him,” Hoffmann said. “He has the most velocity on the team. He relies on that fastball.”

Junior right-hander Brandon Kobryn is another talented hurler on the Bees’ staff.

“He’s a competitor,” Hoffmann said. “He is a fiery kid who brings that intensity to the mound. He throws three pitches for strikes. I expect him to give us good innings this season.”

“He’s more of a finesse pitcher,” Hoffmann said. “He’s going to help us on the mound.”
Mitchell is headed to St. Elizabeth University in Convent Station, N.J., a school that just started accepting male students five years ago.

The rest of the pitching staff consists of two sophomores and a freshman.

Andrew Johnston is a sophomore right-hander who has impressed Hoffmann.

“He’s a bulldog,” Hoffmann said. “He has that tough bulldog mentality. The kid throws strikes.”

Chris Valencia is a 6-foot-3 left-hander who has a ton of promise. Nolan Geisler is a freshman righty with even more potential.

Hoffmann was right. The Bees have a lot of pitchers.

Seniors Mateo Capurso and Mike Molloy close out the pitching staff, with Molloy possibly serving as the team’s closer.

“We have a lot of options,” Hoffmann said.

Junior Robert Geisler, the older brother of Nolan, is the catcher who has to handle all those Bee pitchers.

“He was the backup catcher to [All-State standout] Shane Paradine two years ago,” Hoffmann said. “He’s going to bat second in our lineup. He does a very good job behind the plate and I am very happy with the way he handles the pitchers. He also works his tail off every day. He’s a program-type kid.”

“He could be a big power guy for us,” Hoffmann said. “He could have a big year.”

Sophomore T.J. Wolf is the starting second baseman with a great lineage to Bayonne athletic history. Wolf is the grandson of the late great Don Ahern, for whom the facility where Bayonne High plays sports is named.

“He’s a scrappy, fiery, tough kid,” Hoffmann said, mentioning the kind of kid that his grandfather would have loved to have coached in football. “We’re really high on him.”

Senior Sergio Moya is a backup infielder who will get a lot of playing time.

“He’s all about the team,” Hoffmann said. “He’s the kind of kid you need to be successful.”

Freshman Geisler is the team’s starting shortstop. It’s asking a lot of a freshman to be the main cog in the infield.

“It’s going to be trial by fire,” Hoffmann said of the younger Geisler. “He moves well enough to play the position. He is holding his own. He also has a good bat.”

Another player in the mix is one that Hoffmann is very familiar with – namely his son, Justin, who is a sophomore who mostly plays third base.

The main third baseman is senior Santiago Jimenez, who is a sure-fire stud.

“He’s probably our best all-around player,” Hoffmann said of Jimenez. “He has power to all fields. He could be an All-County kind of player and could be our big weapon. We’re going to put him in the middle of the lineup and let him swing.”

Mitchell is a player to watch in centerfield.

“He could be one of the best ones we’ve had out there,” Hoffmann said. “We’re going to need that from him. He has a lot of speed and in baseball, speed kills. He can get on base, steal a base, lay a bunt down. I’m comfortable with him laying a bunt down. He has a lot of experience and we need that leadership and talent to take over. He can cover a lot of ground in centerfield.”

Mitchell will be the Bees’ leadoff hitter. He just has the look of being a baseball player.

The rest of the outfield is completely up for grabs. Bukowski, the pitcher, will play somewhere in the outfield when he’s not on the mound, more than likely left field. Junior Josh Bermudez and sophomore Anthony Mancini will also vie for time in left field.

Malone will air out that talented arm in right field, along with junior Michael Pellegrini.

And always remember that kids who impress the coach that much generally get a chance to play.

The Bees’ schedule has been altered by the COVID shutdown. They are scheduled to open Monday, April 26 against Snyder, but that can change, much like everything else in this schedule.

“We just have to stay in shape on our own,” Hoffmann said. “I don’t think we’re behind. We got some scrimmages in. We should be okay.”

The Bees have a grueling non-league schedule, with games against Hunterdon Central and Immaculata as independent games and will play Roxbury in the Tony Bello Memorial Baseball Tourney, in honor of the dedicated youth coach who was tragically murdered in Pershing Field in Jersey City three years ago.

And as the Bees return to action next week, they have a three-game stretch that should make everyone who knows anything about Hudson County baseball cringe. The Bees face perennial powers Hudson Catholic, Memorial and St. Peter’s Prep in succession. You can be rest assured that no one is going to feel sorry for Hoffmann and the Bees.

Jim Hague can be reached via e-mail at OGSMAR@aol.com. You can also read Jim’s blog at www.jimhaguesports.blogspot.com, follow Jim on Twitter @ogsmar and listen to the Hudson County Sports Podcast, brought to you weekly by Stan’s Sports Center, 528 Washington Street in Hoboken, on YouTube, Facebook and Twitter. Listen to this week’s guest, namely former Hoboken High, Duquesne University and NBA player Derrick Alston, the current head coach of the Westchester Knicks of the G-League.