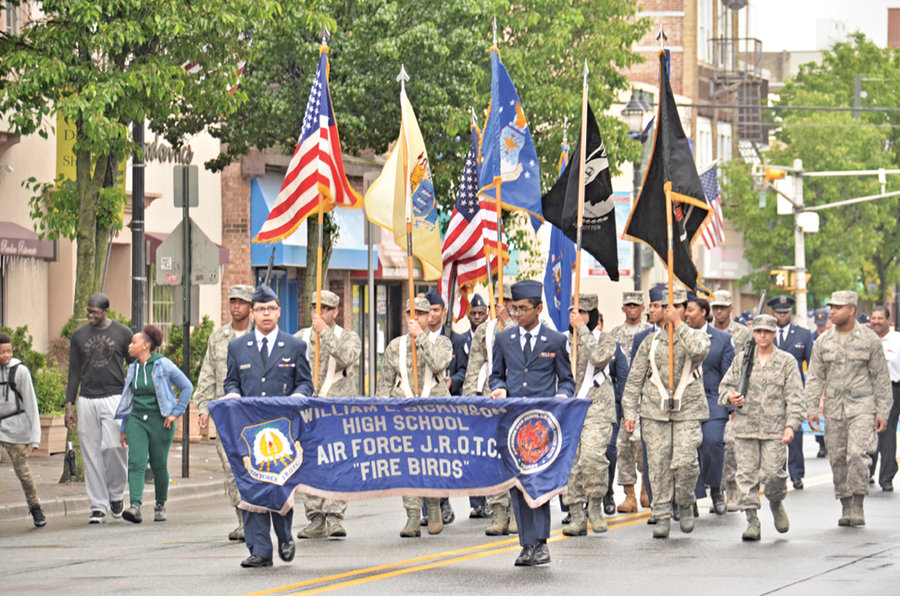 COVID-19 restrictions made it impossible to plan and organize bands, marching groups, public and private organizations, and anyone else who would have participated. However, due to the aging veteran population and the declining membership in the posts that have made up the Memorial Day Parade Committee, the committee announced the event was permanently cancelled.

Now, the city of Bayonne has stepped in to take the reins.

The organizing, setup, and running of the parade will be handled by a new committee that will be appointed by Mayor James Davis. The outgoing Memorial Day Parade Committee, which was made up of the veterans’ posts of Bayonne and which was responsible for the parade, will now pass the baton to the new committee.

But the veterans are not fading away. They will be available for Color Guard requests and patriotic ceremonies throughout the year, such as Veterans’ Day, Pearl Harbor Day, the Holocaust Memorial Program, Flag Day, and marching in the Memorial Day Parade.

“I would like to thank the Memorial Day Parade Committee for its long history of service to our community and our country,” Davis said. “I am glad that the veterans will continue to participate in a variety of community events. We look forward to continuing our work with them.”

Davis announced that the chairman of the new Memorial Day Parade Committee will be Pete Amadeo, supervisor of the City of Bayonne’s Recreation Division.

“Pete has organized hundreds of community events and activities,” Davis said. “Other members of the new committee will include representatives of several municipal departments. We will seek to name members of the Police and Fire Departments who have served in the military.”

The new committee will be announced after the Recreation Division completes its numerous summer activities under Amadeo’s leadership. The incoming group will begin planning the 2022 parade in the coming fall.

While there won’t be a parade this year, there will be a ceremony at the traditional start of the parade on Memorial Day, Monday, May 31, at 10 a.m., at Fifth and Dodge Streets by the World War I Monument. The event is open to the public. All COVID-19 protocols must be followed.

A listing of events leading up to Memorial Day is available on the city of Bayonne’s website calendar at bayonnenj.org.

What you need to know about the 2020 Census