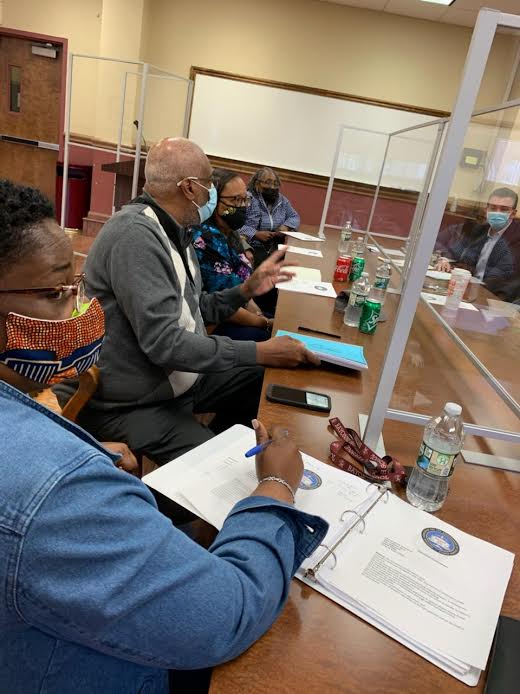 2 / 3
The Bayonne NAACP will continue to meet with school officials throughout the year. 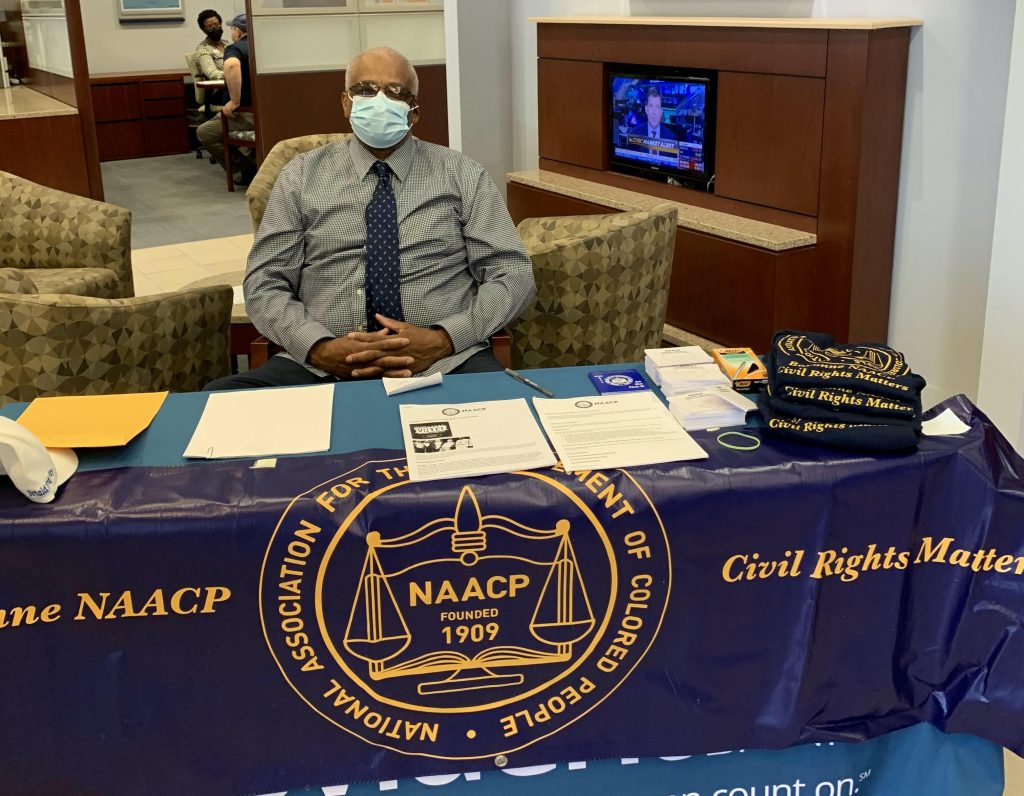 3 / 3
President Donald Byrd mans the table at the membership drive at Provident Bank.
×

2 / 3
The Bayonne NAACP will continue to meet with school officials throughout the year. 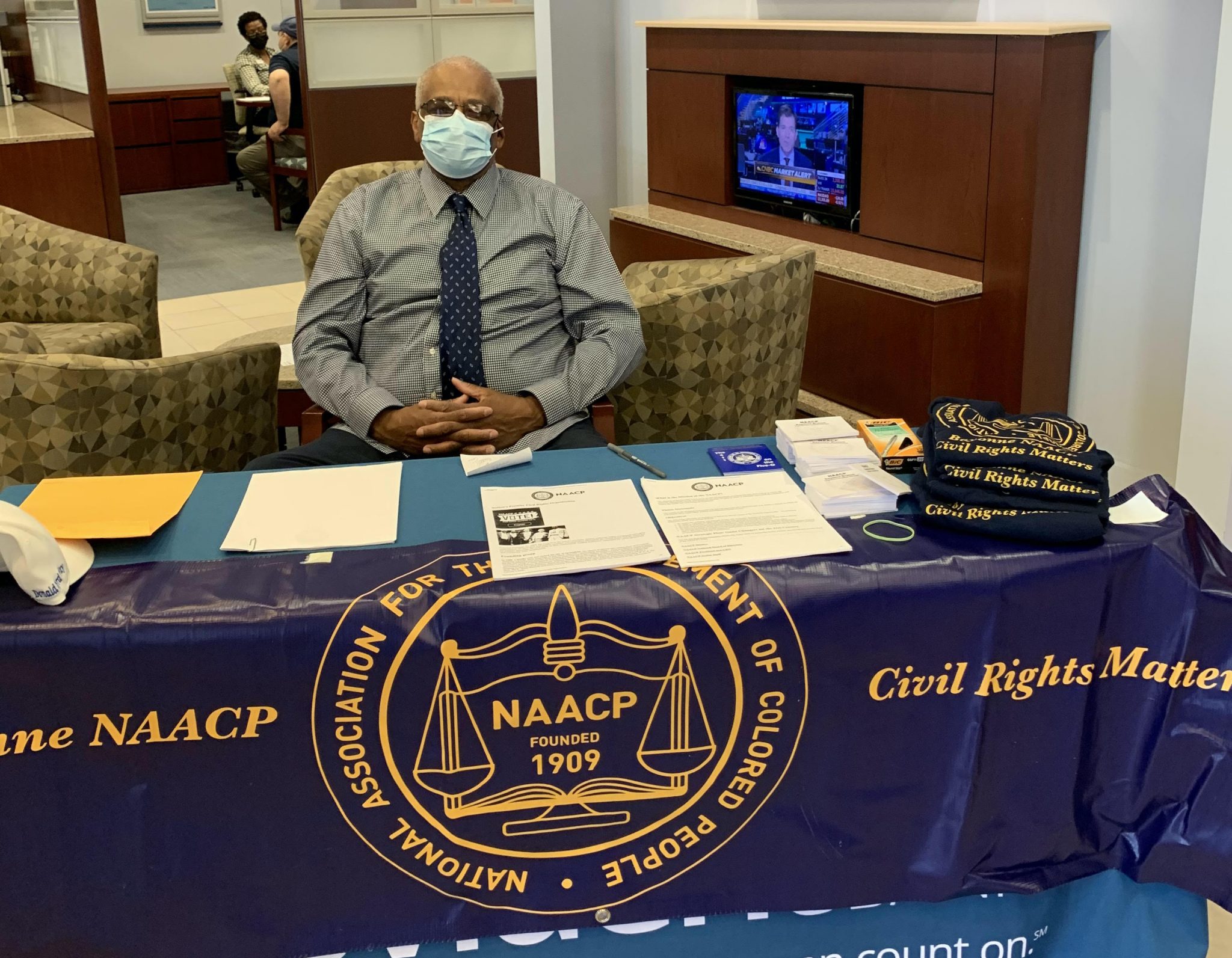 3 / 3
President Donald Byrd mans the table at the membership drive at Provident Bank.

The Bayonne NAACP is focused on education in 2021.

Members of the Education Committee were appointed by new President Donald Byrd. It includes Byrd; former teacher and administrator Kim Caliman Byrd; former teacher Judith Kalifa; school board employee Kim Hightower, and business teacher and Chairwoman of the Committee Irene Pyke. All members are former or current educators, as are many of the regular members of the Bayonne NAACP.

Pyke laid out the Education Committee’s plans for the year in an interview with the Bayonne Community News.

“It was kind of stagnant, so we got a whole new team in there and we’ve revived it, refreshed it, and we’ve hit the ground running,” Pyke said. Pyke and Hightower are the only members on it prior to the new appointments by Byrd.

Pyke said that on April 30, members introduced themselves to Assistant Superintendent of Personnel Kenneth Kopacz, along with NAACP member and Board of Education Trustee David Watson, Vice President Christopher Munoz, and President Maria Valado.

Issues for discussion included the number of educators of color and African American studies being taught properly. Kopacz and Assistant Superintendent of Curriculum and Instruction Dr. Dennis Degnan previously met with Black in Bayonne to discuss similar topics.

Currently, the Education Committee is spearheading new efforts to ensure there are an adequate number of educators of color in the city. This came in response to calls for more educators of color by Black in Bayonne’s Camille High and Rev. Dorothy Patterson of Wallace Temple AME Zion Church at the April 2020 Board of Education meeting.

Pyke said the local NAACP was shocked by the low number and sought to look into it. At the time, it was believed that there were only 19 educators of color. Pyke clarified that 46 teachers of color hold a certificate with the board, which is still not an adequate ratio, given the number of students of color.

“Our first initiative was to speak to the board to find out exactly how many employees of color the Board of Education has in conjunction with the population of the students of color. We see that, yes, the board has done some hiring of members of color and we’re pleased that information was brought to us. But there’s still work to be done. Children want to see someone that looks like him or her when they’re sitting behind the desk. Our first initiative is to get more and keep more teachers of color hired and more administrators of color hired.”

Pyke said the board is working to be more inclusive.

“I, as a teacher myself, have been offered a seat at the table when it comes to recruitment,” Pyke said. “I told the board that … if we have a name of an individual within the board that has a certification for administration, to bring it to their attention.”

Pyke characterized the first meeting with school officials as productive, but said there is “still work to be done.”

Pyke said the committee is also working on meeting with Degnan to discuss African American Studies. It wants to ensure that students are offered the course and that it is in compliance with the Amistad Act.

Pyke said it is already taught in the high school by Gene Woods who is also President of the Bayonne Education Association, the local teachers’ union.

“We just want to see and enforce that it’s done in the elementary schools, not just in the month of February, but for the ten months that we are in school.”

The Bayonne NAACP is holding a membership jumpstart this week. A table will be set up inside the Provident Bank near 20th Street and Avenue C where the community can learn more about the organization or become a member.

Pyke emphasized that the programs are not just for people of color, but for the entire community. For more information, go to naacpbayonnebranch.com.