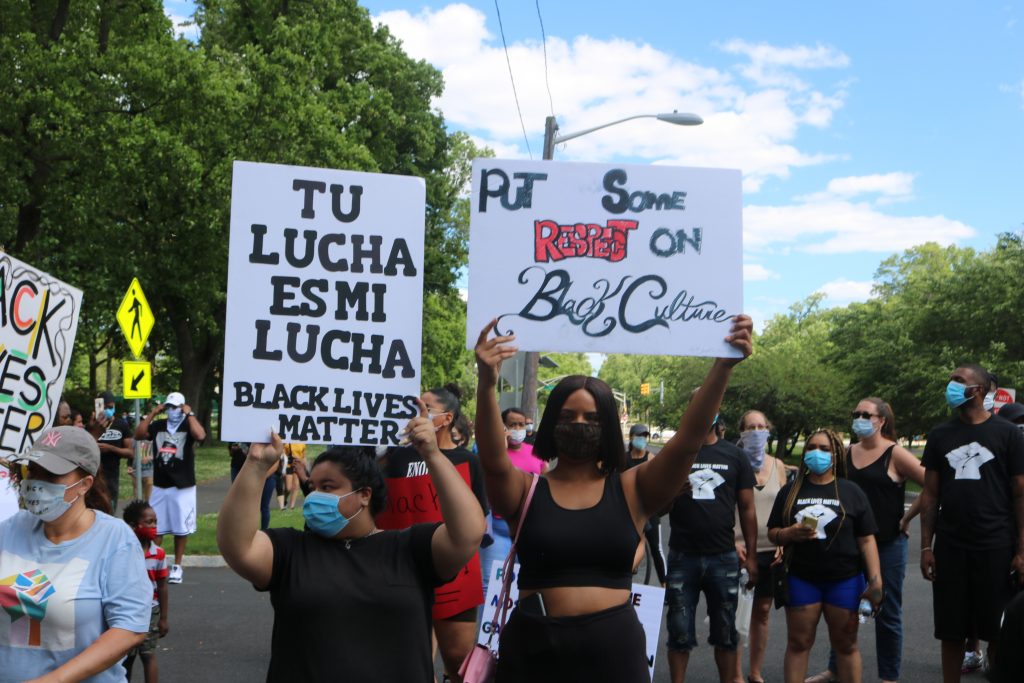 One demonstrator at "Power in the Park" in 2020 called for more respect for Black culture. Photo by Daniel Israel.
× 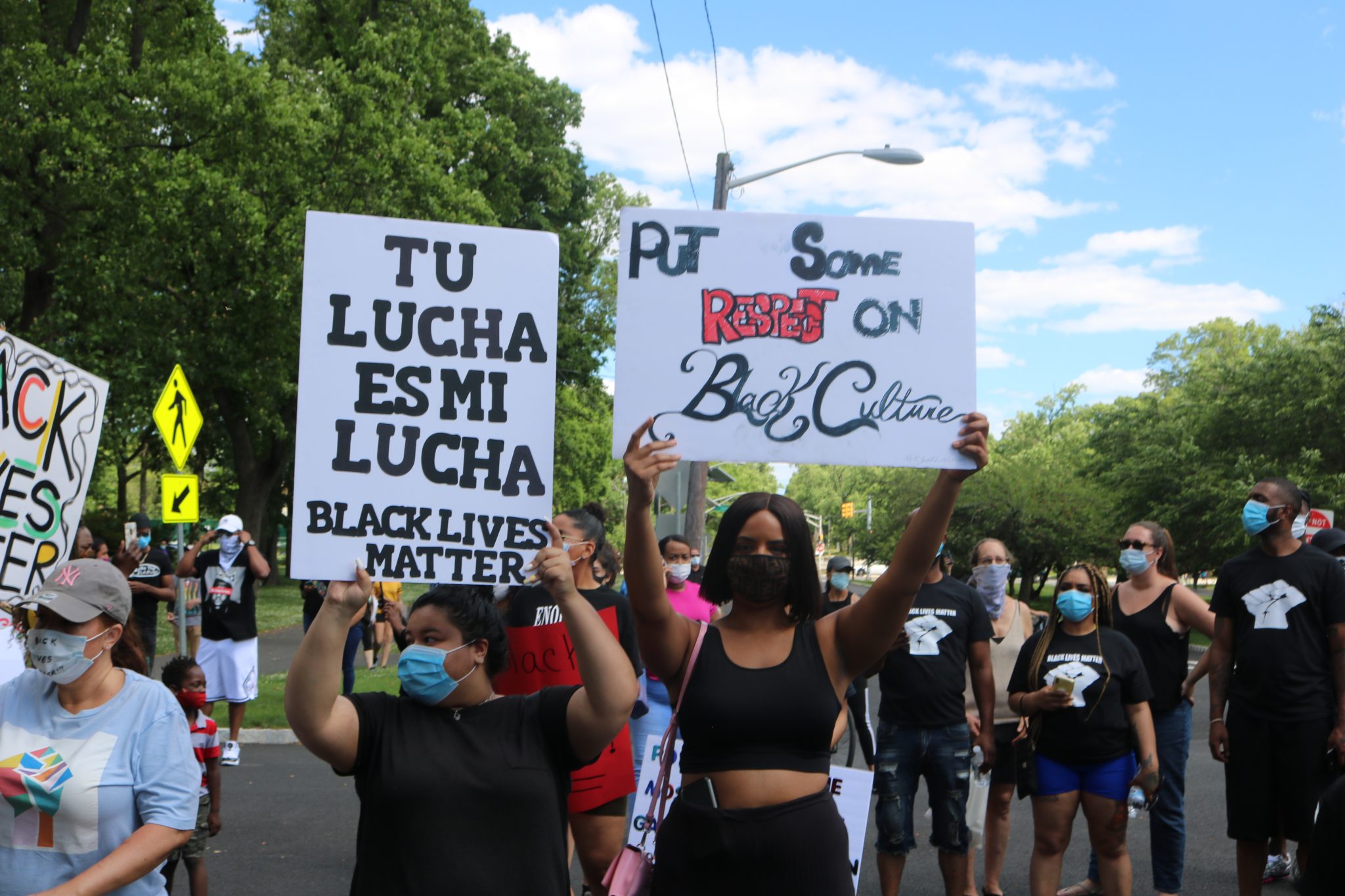 One demonstrator at "Power in the Park" in 2020 called for more respect for Black culture. Photo by Daniel Israel.

Black in Bayonne has announced plans for Juneteenth, including a parade and flag raising dubbed “Power in the City.” Last June, the activist group formed after its peaceful “Power in the Park” protest in the wake of the murder of George Floyd by Minneapolis police officer Derek Chauvin. Cofounders are Camille High, Clarice High, Shaniqua Borders, and Rashad Callaway.

On Juneteenth in 2020, Black in Bayonne hosted the first ever Pan-African flag raising in Bayonne. This year, the festivities have expanded to include a parade.

The parade will start at Edith Ferrell Way, at 19th Street and the corner of Avenue C, and march to City Hall. There, the Pan-African flag will be raised in front of City Hall.

Those interested in marching should meet at Edith Ferrell Way at 3:30 p.m. The flag raising will start after the parade reaches City Hall at 4 p.m.

Attendees are asked to wear the colors of the Pan-African flag: red, black, and or green. Black empowerment signs are welcome.

There will be more “celebrational surprises” at the event. For more information, go to blackinbayonne.com.

Camille High told the Bayonne Community News that holding a parade is exciting because it’s never been done before in the city. The parade is not only to commemorate Juneteenth, but also marks approximately one year since Black in Bayonne officially formed.

“We wanted to do something really momentous, and we thought, what better way than to celebrate our one year anniversary by having a huge parade,” High said. “We’re starting on Edith Ferrell Way on purpose, because we want to honor her. We will stop at Rev. H. Gene Sykes Way as well to honor him … The fact that all of us can be unapologetically Black in Bayonne, New Jersey, is nothing but shocking. It’s amazing.”

“It was the idea of keeping up with tradition,” High said. “It’s not just a moment, this is a movement. Movements don’t stop. We wanted to keep up with tradition because this is Bayonne’s new tradition. This is something we want to continue throughout the years.”

High noted there are parades for other groups, so why not for people of color in Bayonne?

“Almost every other ethnicity has something, a date where they’re celebrating themselves,” High said. “So we wanted to make sure that we were celebrating ourselves. This is a celebration of Black culture, Black people and Black excellence in Bayonne. Everybody who’s going to be there will be part of the movement.”

High said this furthers Black in Bayonne’s goal of not only representing people of color in the city, but infusing them into the city’s culture.

“It’s us not only just existing, us not just being included, but fused within the culture of Bayonne,” High said. “We are now essentially creating new traditions for our kids and our kids’ kids. Power in the Park wasn’t a moment. It was the idea that we had to do something. Now that we’ve done something, we will continue doing that work.”