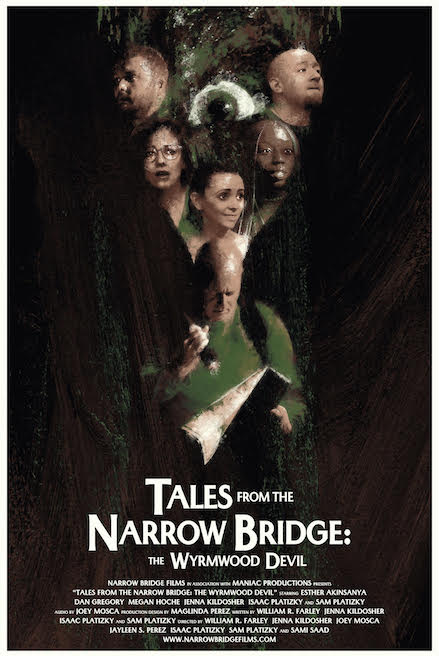 1 / 3
A flyer for the work-in-progress fifth feature film by Narrow Bridge. 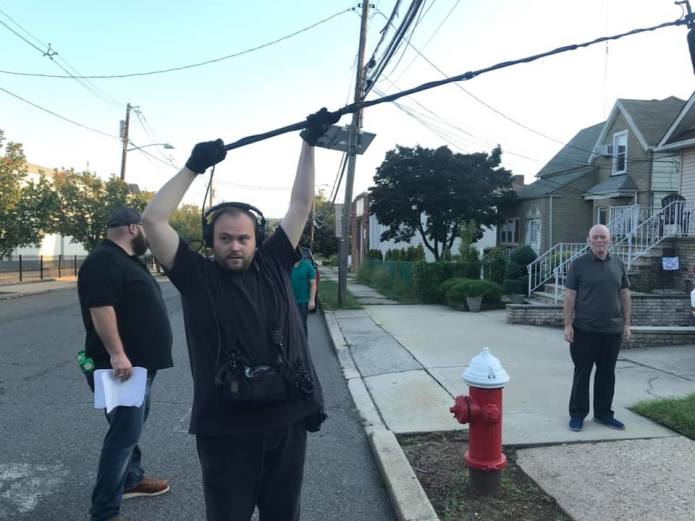 2 / 3
Filming on the streets of Bayonne. 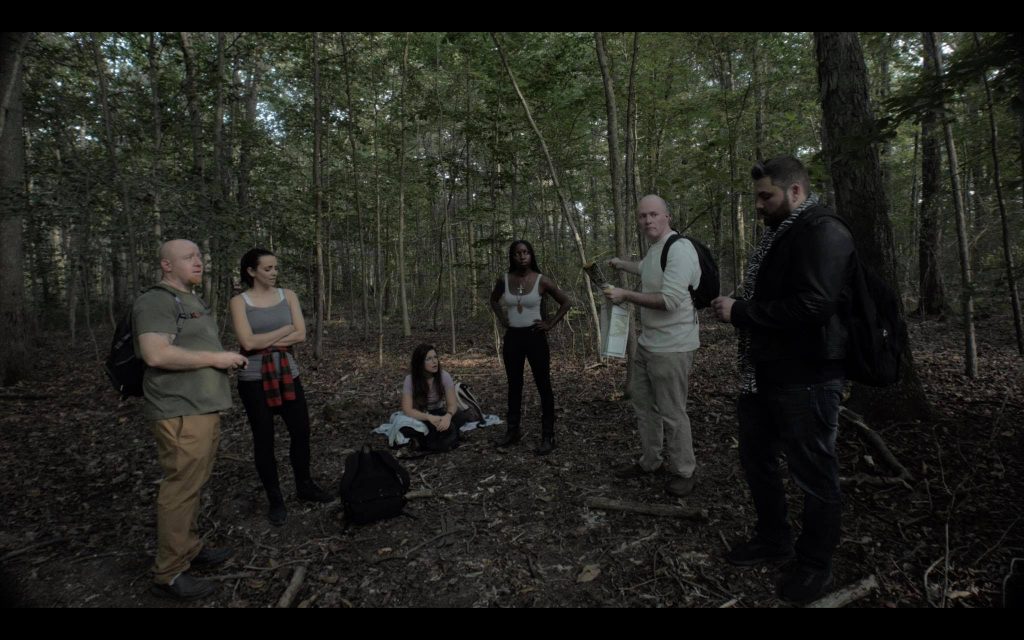 3 / 3
A screenshot of a scene from "Tales from the Narrow Bridge: The Wyrmwood Devil."
×

1 / 3
A flyer for the work-in-progress fifth feature film by Narrow Bridge.

2 / 3
Filming on the streets of Bayonne. 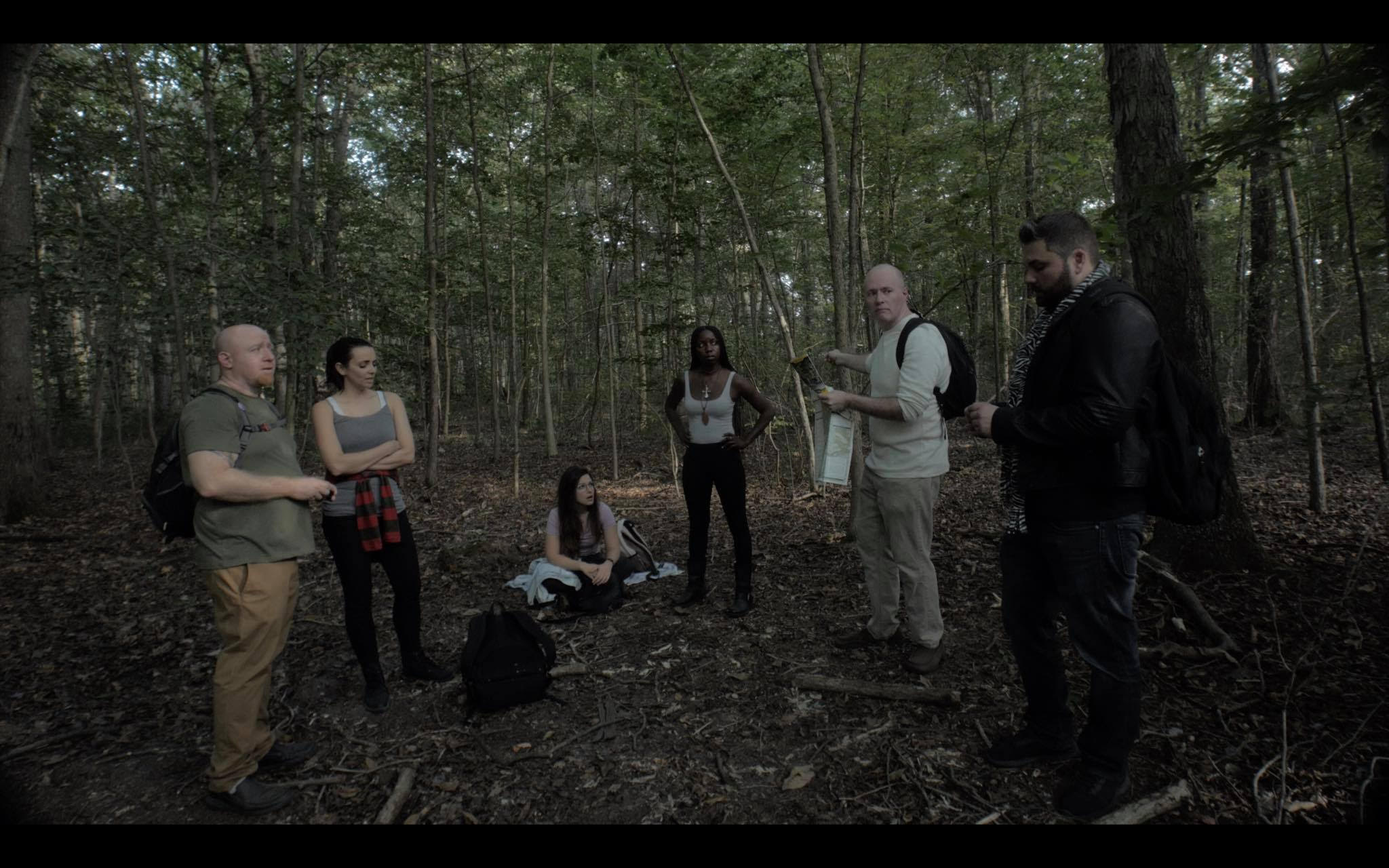 3 / 3
A screenshot of a scene from "Tales from the Narrow Bridge: The Wyrmwood Devil."

Narrow Bridge Films, a Bayonne-based film production company, has wrapped up initial filming and principal photography for its fifth feature “Tales from the Narrow Bridge: The Wyrmwood Devil.”

Sam Platizky, a writer, producer and actor with the company, told the Bayonne Community News that it seeks donations for post-production costs.

The movie is a horror anthology; a feature film made up of nine short segments with a “wrap-around” story that ties it together. The story follows friends who go into the woods looking for a mythical devil, inspired by the tales of the Jersey Devil in South Jersey’s Pine Barrens. During their search, the group share stories that make up the other segments of the film.

The film started production in the fall of 2018, but things came to a halt in March of 2020 with the onset of the pandemic. The public health emergency shut the project down for nearly six months, but the delay in filming had a financial “silver-lining” for the indie film company.

“It didn’t affect the financial aspect,” Platizky said. “If anything, it gave us time to not spend money and to save … Everybody was able to save up some money so that when we got back into it, we could do it right.”

The stay-at-home order was also a very productive time for Narrow Bridge, according to Platizky: “During the pandemic, we were able to write more. We were able to edit the stuff we’d already filmed.”

The other producers are his brother Isaac Platizky, Billy Farley, Joey Mosca, and Dan Gregory. Members include Jenna Kildosher and Jayleen Perez, who each directed one of the short segments, Sami Saad, and Maglinda Perez.

“My brother and I are the main writers for the company because we’re producing it, so we might as well produce our own stuff,” Platizky said. While there were times of productivity, the pandemic also weighed heavy on everyone.

“It was a depressing time, a very anxious time,” Platizky said. “There were times where I just couldn’t do anything. I just had to breathe. Whenever we all could, we would just be as creative as possible.”

Platizky said that he, his brother, and Farley created a sketch show, called the “Social Distancing Monologues.” They sent their friends and other actors the materials to film themselves and then edited it in post-production.

As virus restrictions were lifted, Narrow Bridge reached out to the crew to gauge its interest in resuming.

“Everybody was anxious to film, but we were all being very safe and cautious,” Platizky said. “We decided to keep our eyes on the situation and the numbers.”

Things resumed in August. Platizky said they made do with the best production values they could given the situation, adding that Narrow Bridge complied with all COVID-19 guidelines, having completed online courses, including how to keep film sets safe. Other measures, from rewriting a kissing scene to changing the way food was distributed, were put into effect.

Narrow Bridge filmed at a number of Bayonne businesses and houses, including Hendrickson’s Corner and Bayonne Patio Bar and Grill. Other New Jersey locations included Jersey City, West Orange, Ocean County, and the Pine Barrens. One sequence was shot in Pocono Pines, Pennsylvania.

Now initial filming has finished, and while they were able to save funds during the stay-at-home order, there is still many post-productions cost necessary to complete the project.

“Post-production expenses are a whole other ballgame: music, color correction, sound design, special effects,” Platizky said. “To help with our chances of success, we’d love to get a name actor in there and that’ll cost too.”

Platizky explained that Narrow Bridge had received critique in 2016 at the American Film Market in Santa Monica that their films were good but in need of a star. They were told the only genre of movie that doesn’t need a star to get a solid distribution or a sale for an indie movie is horror. So by attaching a star actor or actress to their horror movie, Narrow Bridge is hoping to make their latest film their biggest, according to Platizky.

“We’re hoping that would launch us even further than we could as is,” Platizky said of the potential additional of a star with the fundraising money. “It’s a whole bunch of expenses and that’s why we’re doing our crowdfunding campaign that we started a few weeks ago.”

To donate, go to the fundraiser on Indiegogo at https://igg.me/at/TalesFromTheNB. The most recent trailer, cut a few weeks ago is posted on the site. Their initial goal is $5,000, but $10,000 is the more realistic number needed to achieve their goals, according to Platizky.

‘More in the works’

While a lot has already been filmed, Platizky said Narrow Bridge is still adding to the film. They have been brainstorming ways to write new scenes and add them into the overall feature if they were able to secure a star actor or actress.

Additionally, two shorts, “The Last Rehearsal of the Dangerous Kitten” and “First!,” and the fourth feature film by Narrow Bridge, “Yellow Scare,” are now available on a new indie platform for streaming, Indie Film Theater Network. The new platform just launched in the beginning of May is strictly for indie films.

“Other platforms don’t really consider the indie filmmaker,” Platizky said. “Amazon, at one point, did and then recently they decided to pull their support of indie films. So that kind of hurt us for a bit. But this is a nice new option. We’re hoping people take a look.”

In addition to these projects, Platizky said there is always more in the works.

“We have a ton of projects, pretty much any genre you can imagine,” Platizky said. “We just need the proper funding or the right produced to come along and say: ‘We want to make your movie,’ or ‘Here’s money to make your movie.’”