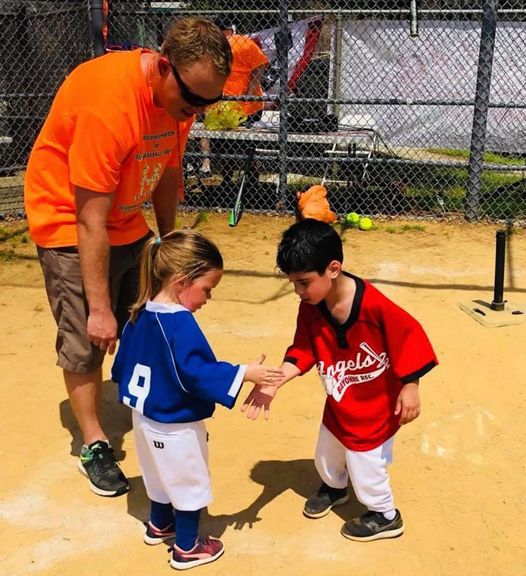 Two kids at Buddy Baseball. Photo courtesy of the city of Bayonne.
×

Two kids at Buddy Baseball. Photo courtesy of the city of Bayonne.

Two firefighters were injured and over a dozen residents displaced in a three-alarm fire at 126 West 27th Street, according to Fire Chief Keith Weaver.

Firefighters rescued two cats, one suffering from smoke inhalation. The cat was given oxygen by McCabe EMS and released to the owner.

The Bayonne Building Department deemed the structure uninhabitable. Thirteen displaced occupants are under the care of the Bayonne Office of Emergency Management and NJ Red Cross. The May 26 fire is under investigation and does not appear suspicious.

Last day of school? 16th St. Pool
Bayonne elementary students will be admitted free at the 16th Street Pool on the last day of school, June 24, 2 to 6 p.m., weather permitting.
Parents and or guardians will be charged admission: $3 for ages 12 to 64, and $1 for 65 and older. Students must bring their Bayonne school IDs or a copy of their Bayonne report card. Students may also bring a resident ID Card.
ID Cards are available at City Hall, Monday through Friday, 9 a.m. to 3 p.m., $5. Must provide two proofs of residency.
‘Click It or Ticket’

Bayonne police will join with officers around the country in cracking down on unbuckled motorists and passengers as part of the national “Click It or Ticket” campaign.

Running through June 6, the annual mobilization uses high visibility seatbelt checkpoints and saturation patrols, along with local and national policy efforts, to highlight the life-saving value of seatbelts.

A one-alarm fire was extinguished without injuries, according to Fire Chief Keith Weaver.

A Bayonne police officer called in smoke coming from the roof of 662 Ave C. The May 21 fire was declared under control within 30 minutes, and the Building Department determined occupants of the five-story building could return. No injuries were reported. An investigation is underway, but the fire does not appear suspicious.