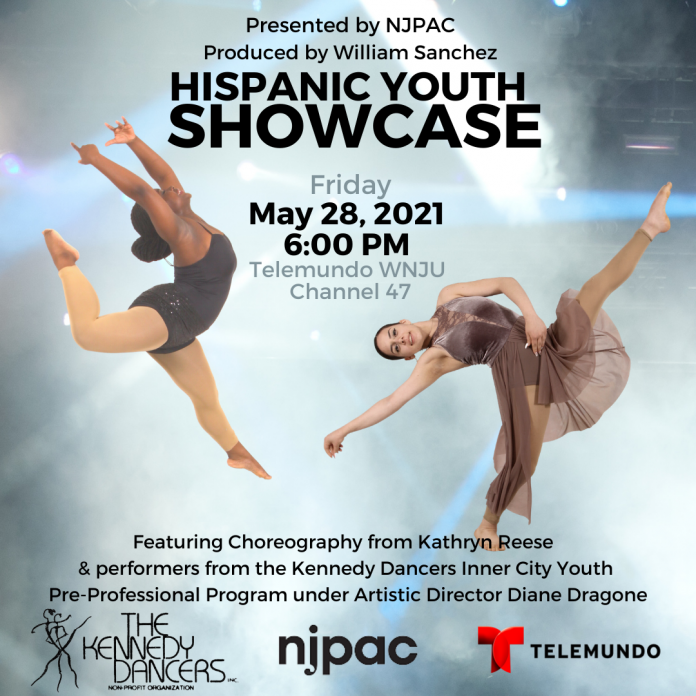 Performing Choreography from Kathryn Reese and especially featuring dancers Ebone Verde and Joyce Najm Navarro. Both dancers are 17 years of age and have been students of The Kennedy Dancers Inner City Youth Pre-Professional Training Program for the past three years.

See the stars of tomorrow shine in this unique, multi-disciplinary showcase featuring many of New Jersey’s finest young Hispanic dancers, musicians, and singers. The program is held at the New Jersey Performing Arts Center (NJPAC) in Newark and has propelled its winners to successful careers as recording artists, Broadway actors, and movie stars.

William Sánchez serves as the executive producer/director of Images/Imágenes, a cultural and public affairs show. His work on Images / Imágenes and the Hispanic Youth Showcase, a talent competition for New Jersey’s Latino youth, has garnered Mr. Sánchez multiple Emmy awards. He also received an Emmy for his work on Sembrando El Futuro, a television special focused on parenting skills for the Latino community.

Ms. Dragone is a certified teacher of dance in the state of New Jersey. During her career she has performed and created countless choreographies for many regional dance, theater, and opera companies.

The Kennedy Dancers have performed in over 400 grammar schools, high schools, and universities and performed in theaters up and down the eastern seaboard including the White House as well as U.S.O. tours. The Kennedy Dancers are 6-time award winners of Citations of excellence from New Jersey State Council on the Arts. Artistic Director Diane Dragone is the executive producer of the 8-time award winning cable television program “Dance Vista” seen on assorted cable television systems throughout and beyond 22 states.

Amy DeGise took an oath to uphold the law