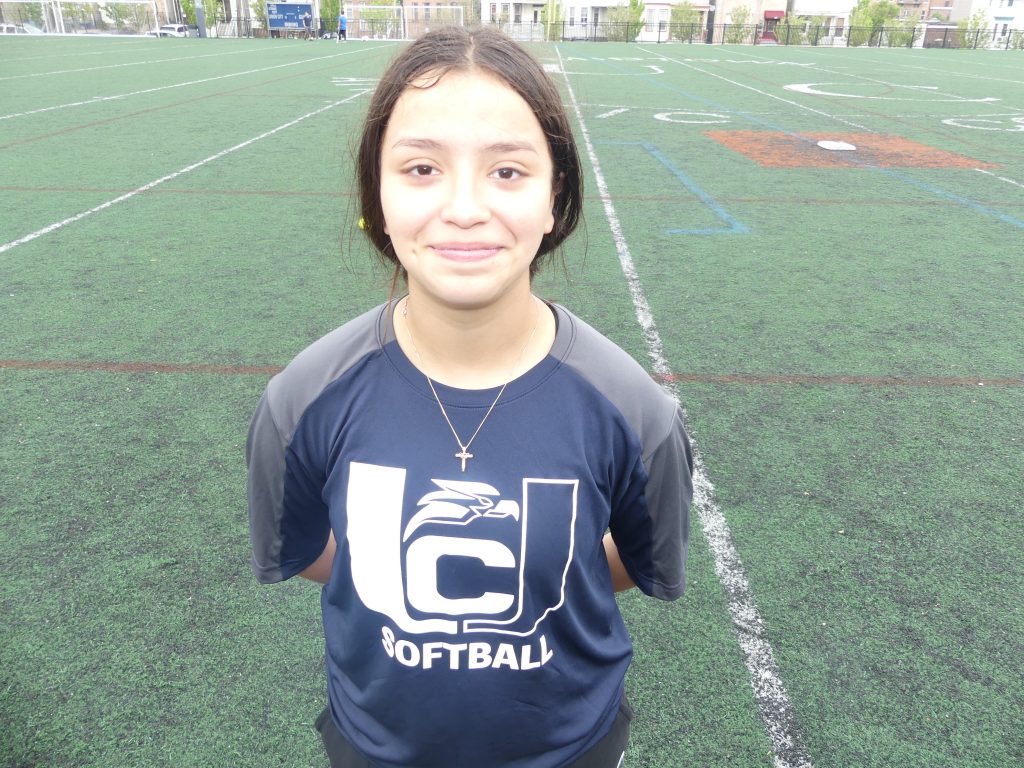 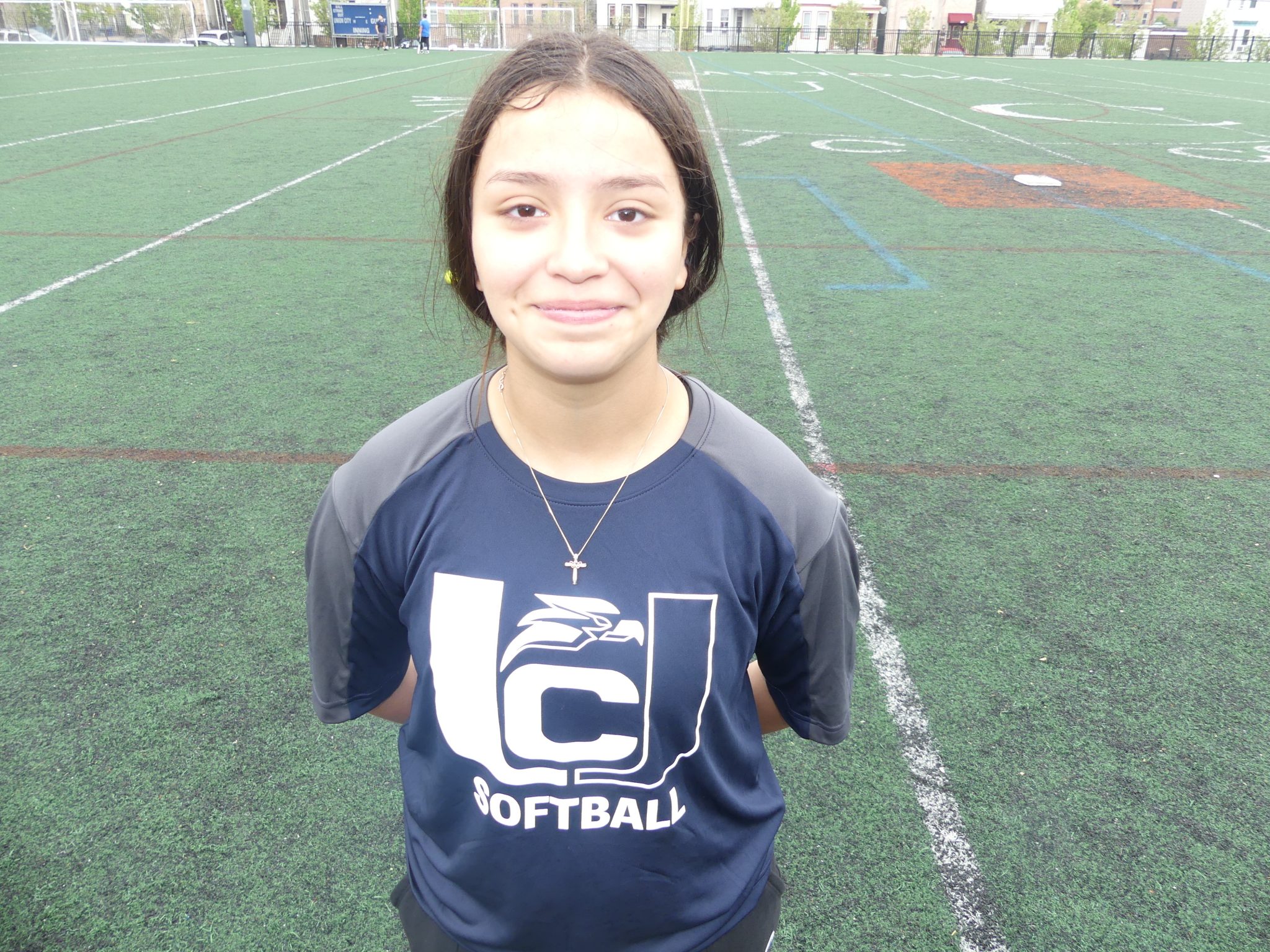 Jim Fontanilla, the head softball coach at Union City High School, heard the rumors about three years ago. Fontanilla got word from assistant coach Priscilla Cosma that there was a budding star on the horizon in sixth grade.

Velasquez had no idea that the Union City softball coaching staff was paying her any attention. She just wanted to be as competitive of a softball player as her older sister Shirley was with the Soaring Eagles a few years ago.

“When I was younger, I looked up to my sister Shirley,” Velasquez said. “She was a big role model for me. I would watch her play and I wanted to be just like her. I always put all my efforts to do my best and be like Shirley.”

Fontanilla said that he went with his coaching staff to see Velasquez pitch in the Union City Recreation softball league. It didn’t take long for the coach to come away impressed. In fact, right away, Fontanilla invited Velasquez to play for the New Jersey Fire, a travel softball team that he coached for girls ages 14 and under. There was only one obstacle. Velasquez was only 12 years old.

“But she was phenomenal,” Fontanilla said. “She did things that kids her age don’t normally do. The way she played the game, I knew she would be something special if she came to play for us.”

When the time came for Velasquez to enter high school, there was never a doubt where she would go. She was going to be a Soaring Eagle like her big sister. However…

“I was scared,” Velasquez said. “I didn’t know if I could do it. I was nervous. I thought it would be more competitive.”

“When she finally came to us, she was like a dream,” Fontanilla said. “The way she practiced, the way she carried herself, she just took over.”

Kim Velasquez is now coming to the end of her freshman season with the Soaring Eagles. But she’s certainly making her mark right now before the year comes to a close.

Last week, as the Soaring Eagles faced West Orange in the opening round of the NJSIAA North Jersey Section 1, Group IV state playoffs, Velasquez did a little bit of everything to lead Union City to a historic victory.

Velasquez fired a two-hitter, striking out 12, while collecting three hits and an RBI at the plate, leading Union City to a 5-1 win.

It marked the first time ever that a Union City softball team won a game in the NJSIAA state tournament.

Not bad for a freshman.

For her efforts, Velasquez has been selected as The Hudson Reporter Athlete of the Week for the past week.

Velasquez was oblivious to the fact that no Union City team had ever won a state playoff game prior to the Soaring Eagles’ win over West Orange.

“I didn’t know that until my coaches told me,” Velasquez said. “It felt good. I gave it my all. Everyone had my back. My teammates really supported me. I’m really proud of all of us.”

However, the star of the day was the diminutive freshman, who fanned 12 batters for her second consecutive game.

“As a ninth grader coming in and doing this well on varsity, yeah, I’d say I’m impressed,” Fontanilla said. “She just did her thing and kept on doing her thing.”

Obviously, Velasquez’s thing is throwing the ball hard, throwing strikes and keeping the ball away from the opposition. It’s not a bad thing to have – and to do.

“When she’s in the circle, she’s throwing hard and in command,” Fontanilla said. “She’s obviously made a big difference in our team. She has a great softball IQ. She knows when to throw her pitches and when to mix up the pitches. She has an arsenal of pitches that she’s effective with. She changes speeds and keeps the opponents on their toes. She pounds the strike zone. It’s a great thing to have when you have a pitcher of this caliber. It gives you a good chance to win.”

And now the Soaring Eagles all believe they have a chance to win when Velasquez has the ball.

“She’s confident in the circle,” Fontanilla said. “The kids all believe in Kim. It’s beautiful to see her in control like that.”

The Soaring Eagles were scheduled to face second-seeded Bergen Tech in the sectional quarterfinals last Friday after press time.

The good thing about Velasquez is that she still has three years left to pitch for the Soaring Eagles. That means the sky’s the limit over those three years, that the best is yet to come.

“I think we can definitely be on the rise,” Fontanilla said. “I think going forward, the program will have the potential of keep going up. Kimberly has the support of her teammates. The team is mostly made up of underclassmen, but I’m really looking forward to see what she can do over the next three years. People see her and think because of her size that she can’t throw the ball hard, but it’s beautiful to see her do it.”

Velasquez is also no slouch at the plate, evidenced by her .425 batting average with one homer and 11 RBI this season.

So Velasquez has made her mark as a freshman, but there are obviously better things ahead.

“I feel I am getting to understand my potential,” Velasquez said. “I’m already excited for next season. I now know I can do it.”

That’s for sure. The shy, afraid little girl is part of ancient history and the talented, confident young lady is just beginning to shine.

“I look forward to the future,” Velasquez said. “I still have a lot of softball left in me.”

One thing’s for sure. Shirley Velasquez has to be very proud of her little sister. – Jim Hague