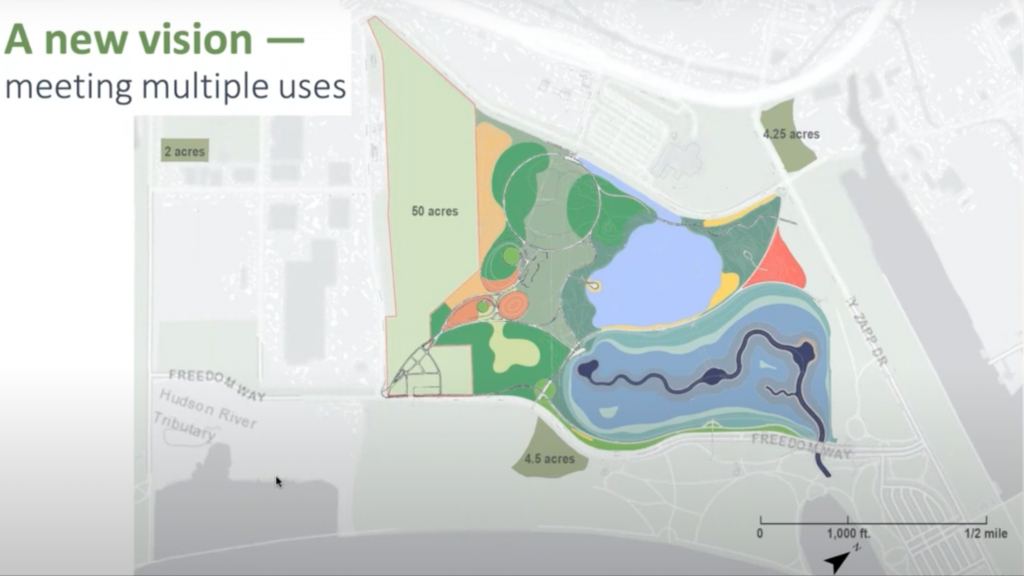 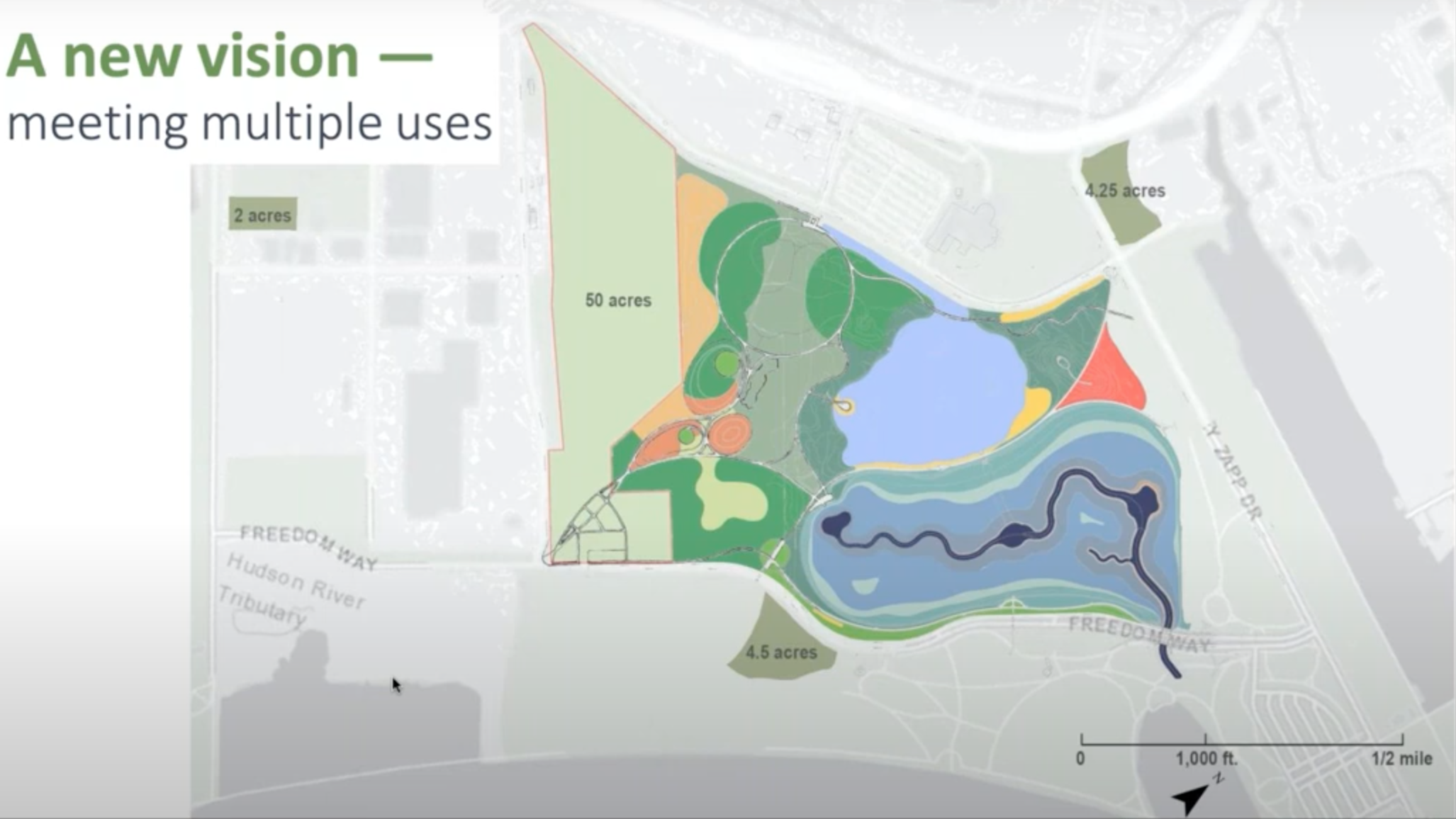 Liberty State Park will now include approximately 61 acres of active recreation space, according to Olivia Glenn, deputy commissioner for the New Jersey Department of Environmental Protection.

This comes after local residents and activists called for more active recreation space following the DEP’s original partial design of 234 acres of the park’s untouched interior.

The DEP is in the midst of planning for a multi-million-dollar environmental restoration and remediation of the park’s contaminated interior, which will now include tidal and nontidal wetlands, trails, upland forest, natural scenic overlooks, and active recreation space.

These three parcels include 4.25 acres along Jersey Avenue and Audrey Zapp Drive, 4.5 acres across the street from the interior restoration on the eastern side of Freedom Way, and two acres in the southwest portion of the park where the tennis courts were once located.

According to Glenn, these 11 parcels were chosen because they’re near major access points and roadways to the park making them easier for the surrounding community to access.

What kind of active recreation will be included in the park’s final design has yet to be determined, according to the DEP, but survey responses will help guide the decision.

Public has its say

According to data, 3,652 people responded to the DEP’s online survey, including 3,266 from Hudson County, 3,109 of whom were from Jersey City.

The majority of respondents said they would like the park to include a soccer field as their top choice, followed by track, baseball fields, and football fields while cricket, lacrosse, field hockey, and rugby were the least favorite.

As for courts, basketball and tennis tied for most popular followed by volleyball, a skate park, badminton/ pickleball, and bocce ball.

“One of the things I love about working in parks is you can find a way to provide something ― not everything — but definitely something that pleases everyone because parks just by definition are meant to be multi-use,” Glenn said. “Again, everything that we are proposing here has been guided by our stakeholder process … We know that we can accomplish multiple objectives in this special space, balancing ecological restoration, passive recreation, and active recreation.”

The DEP will create a working group composed of Jersey City, county, and state officials and their staffs, as well as representatives of the local community and stakeholder groups to help advance the active recreation design. Glenn said this will help ensure that it doesn’t duplicate other facilities in the area.

Working groups on ecotourism and watershed management among others, will be created.

According to Glenn, the DEP will hold another public meeting in late summer or early fall to update the public on the progress of the interior restoration and active recreation designs.

According to New Jersey State Forester John Sacco, it will take approximately two years before the state puts the project up for public bidding, and construction can begin.