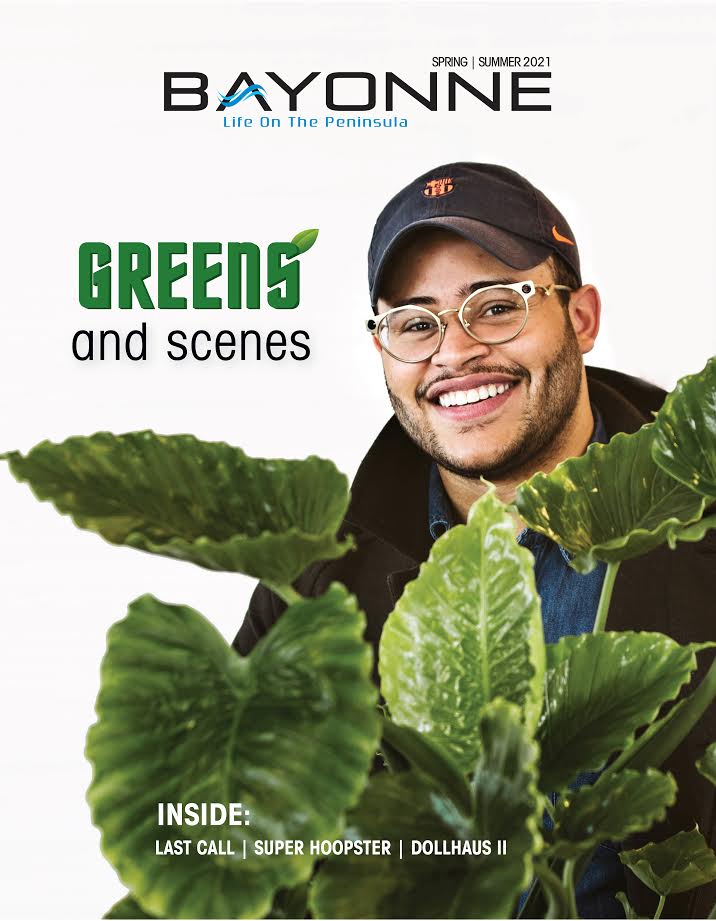 The cover of the Spring-Summer 2021 edition of Bayonne: Life on the Peninsula magazine.
×

The cover of the Spring-Summer 2021 edition of Bayonne: Life on the Peninsula magazine.

Watch for Bayonne: Life on the Peninsula

The Spring/Summer 2021 edition of Bayonne: Life on the Peninsula magazine will be out soon. Look for copies at City Hall, at the Bayonne office of the Hudson Reporter at 166-168 Broadway, and various other locations around town. It will also be home-delivered. Watch for it at hudsonreporter.com.

The recent opening of WashHounds Car Wash at 160 East 22nd St. was celebrated with a ribbon cutting attended by city officials. The carwash also offers oil change and detailing.

The Division of Recreation has launched the Stand In Honor Program, honoring military veterans and those currently serving. Four hundred photos of veterans grace the “Hall of Heroes” in Bayonne City Hall. If you would like to sponsor a veteran, call Pete Amadeo at 201-858-6129 or email BAYONNEREC@aol.com.
AG investigating officer-involved shooting

The New Jersey Attorney General’s Office is investigating a fatal police-involved shooting that occurred on June 7. One male civilian sustained fatal injuries, but his identity is not being released at this time.

According to the preliminary investigation, officers of the Bayonne Police Department responded to a 911 call at approximately 6:30 a.m. reporting a domestic incident at a residence in the first block of West 1st St.

Officers encountered an adult male resident. During the encounter, one or more officers fired their service weapons, fatally wounding the male resident, according to the AG’s Office.

The investigation is being conducted pursuant to a law enacted in January 2019, which requires that the Attorney General’s Office conduct investigations of a person’s death that occurs during an encounter with a law enforcement officer acting in the officer’s official capacity or while the decedent is in custody.

The investigation is ongoing, and no further information is being released by the AG’s Office at this time.