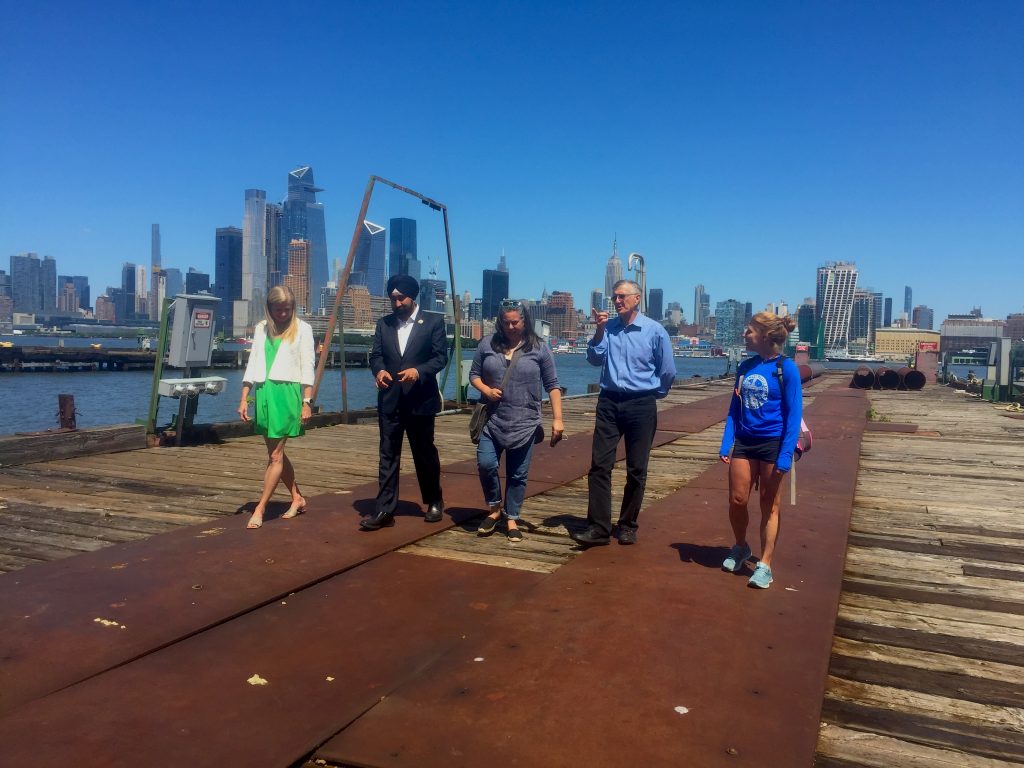 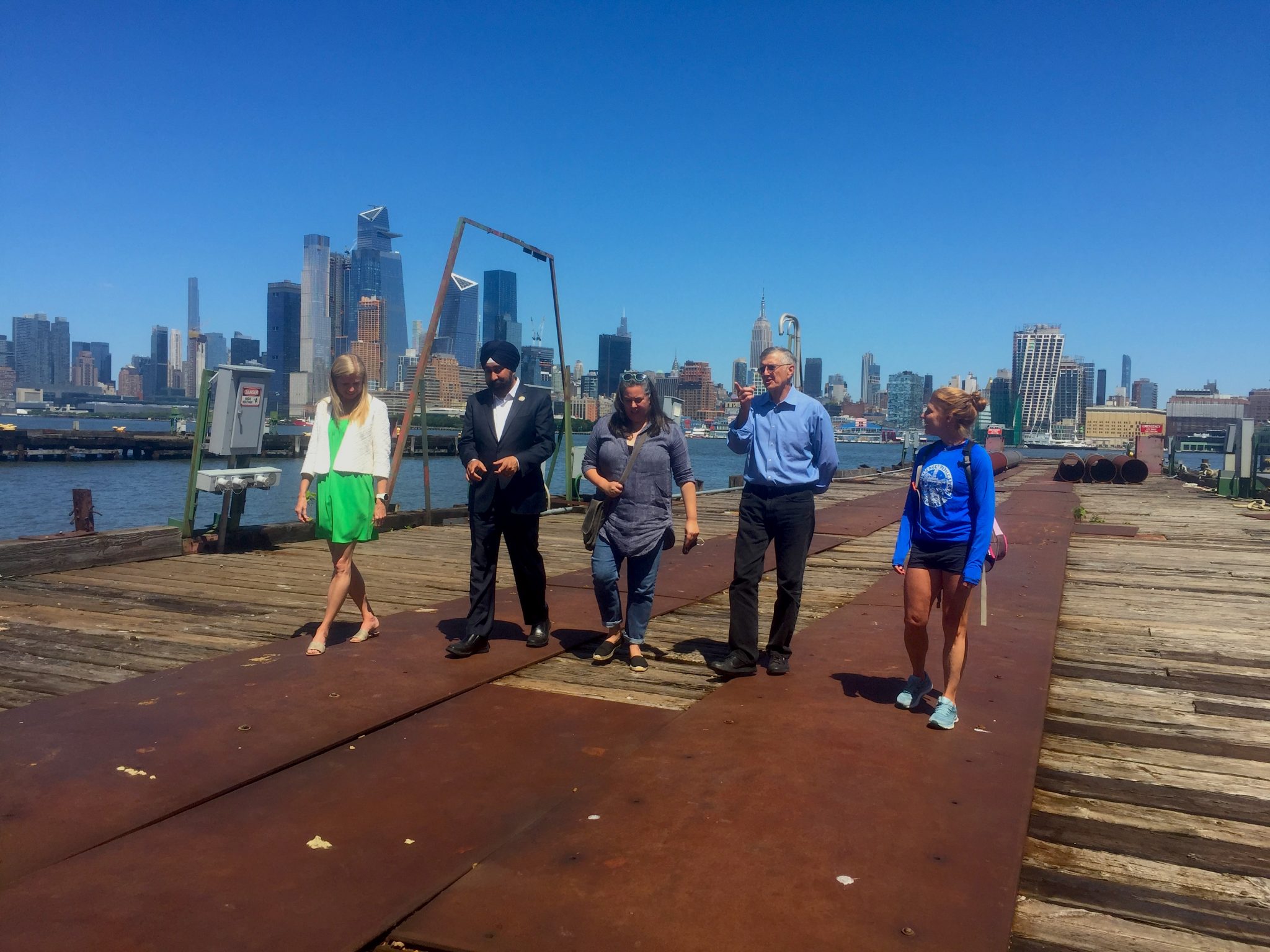 After a years-long battle and a lengthy negotiation process, Hoboken will acquire Union Dry Dock from New York Waterway for public open space.

While the two parties work on a memorandum of understanding (MOU), according to the city, Mayor Ravi Bhalla’s administration and New York Waterway have agreed on a purchase price of $18.5 million for the waterfront property.

The acquisition of the Union Dry Dock property will allow Hoboken to complete the connection of a contiguous, public waterfront with a public park. The property is one of the only portions of Hoboken’s waterfront that is not publicly accessible, standing behind a towering fence on Sinatra Drive near Maxwell Place Park.

The ferry company purchased Union Dry Dock in 2017 for $11.5 million to become its ferry home port for maintenance and refueling.

In March 2018, Hoboken attempted to acquire the waterfront property from NYWW. At the time, the Hoboken City Council authorized the use of eminent domain, and Bhalla sent a letter to the ferry company offering $11.6 million for the land.

But New Jersey Transit stepped in, stating it would purchase the property and lease it back to NYWW, maintaining that a company that ferries thousands of commuters to and from New York City plays an integral role in the transportation network.

NJ Transit’s board was set to vote on the acquisition in April 2018, but the meeting was canceled after Gov. Phil Murphy asked Mayor Ravi Bhalla and the city council to end eminent domain proceedings, and they agreed.

If NJ Transit were to have purchased the property, the city would not have been able to use eminent domain to acquire it because the state agency’s power of eminent domain supersedes that of the city’s.

The city continued to pursue the property, releasing an engineering study that ranked alternative locations for the homeport.

In 2019, Hoboken’s council again authorized eminent domain, and the city offered NYWW $13.1 million, but NYWW said the property was worth more, citing an appraisal of $24 million.

NYWW pushed forward, obtaining state and federal permits for the property. The two parties appeared to be at loggerheads, so what has changed?

“I think the governor played an instrumental role a couple of years ago in making the policy decision that the state of New Jersey was not going to acquire Union Dry Dock and prevent the city from proceeding with eminent domain,” Bhalla said. “That really changed the ground beneath us and changed the negotiating landscape.”

“I thank the Murphy Administration for helping to mediate this long-standing dispute over the Union Dry Dock property,” said President and CEO of New York Waterway Armand Pohan. “Hoboken and New York Waterway are too important to each other to remain at odds. It is time for all of us to resolve our issues and move forward.”

With this recent announcement, the city will avoid years of condemnation proceedings, associated legal fees, and the possibility of paying even more money for the property, according to Bhalla.

After the adoption of the MOU, the city and NYWW will formalize the agreement, which will include acquisition costs of approximately $14.5 million from Hoboken’s Open Space Trust Fund as well as an additional $4 million, which the city will bond for.

“This is not going to take a penny out of the operating budget of the City of Hoboken,” Bhalla said.

As part of the agreement, once the city acquires the property, it will temporarily lease Union Dry Dock to NYWW until the permanent ferry station for maintenance and refueling in Weehawken is complete.

Bhalla estimated that the city would need to lease the property to NYWW for approximately 18 months.

During that time, Hoboken will begin a public process to determine the permanent design of the open space.

“Hoboken has been fighting for a continuous waterfront for decades,” said Bhalla. “Our residents can now look forward to a waterfront that will become fully public, fully accessible, and fully open.”

Said Murphy, “New Jersey is committed to protecting and preserving our shorelines and waterfront areas. This agreement is a major step forward in our collective efforts to connect Hudson County’s waterfront and improve mass transit infrastructure.”

Bhalla and local waterfront advocates toured the unkempt gravel grounds, taking in the squat buildings, wooden piers, and rusted metal, visualizing a myriad of possibilities for the 3.1-acre site.

“I think what impresses me about this site is it’s a very long piece of property which means it really provides an opportunity to have a remarkable linear park connecting Castle Point Park and Maxwell Park,” said Executive Director of the Fund for a Better Waterfront Ron Hine.

Said Kate Valenta, chair of the FBW’s board of directors, “It’s my first time on this property, and it’s much bigger than I thought.”

Noelle Thurlow of Resiliency Adventures conducted a study of the surrounding Hudson River Estuary and neighboring cove. She noted that the area could become a major hub for learning about not only nature but Hoboken’s industrial history and the future of sustainability.

“This is probably one of the last undeveloped pieces of property on the east coast of New Jersey and [we will] have it dedicated not for tall buildings, not for commercial uses, but for people,” said Bhalla.

“Most residents understand that the waterfront is a major economic engine for the city,” said resident Tina Hahn. “The first nice days that we had people came from all over Hudson County from Bergen County, they want to come to the Hoboken waterfront, and those same people are going to our restaurants and shopping in our stores.”

The city council is scheduled to vote on the MOU at the July 7 meeting. 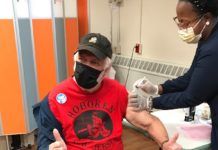