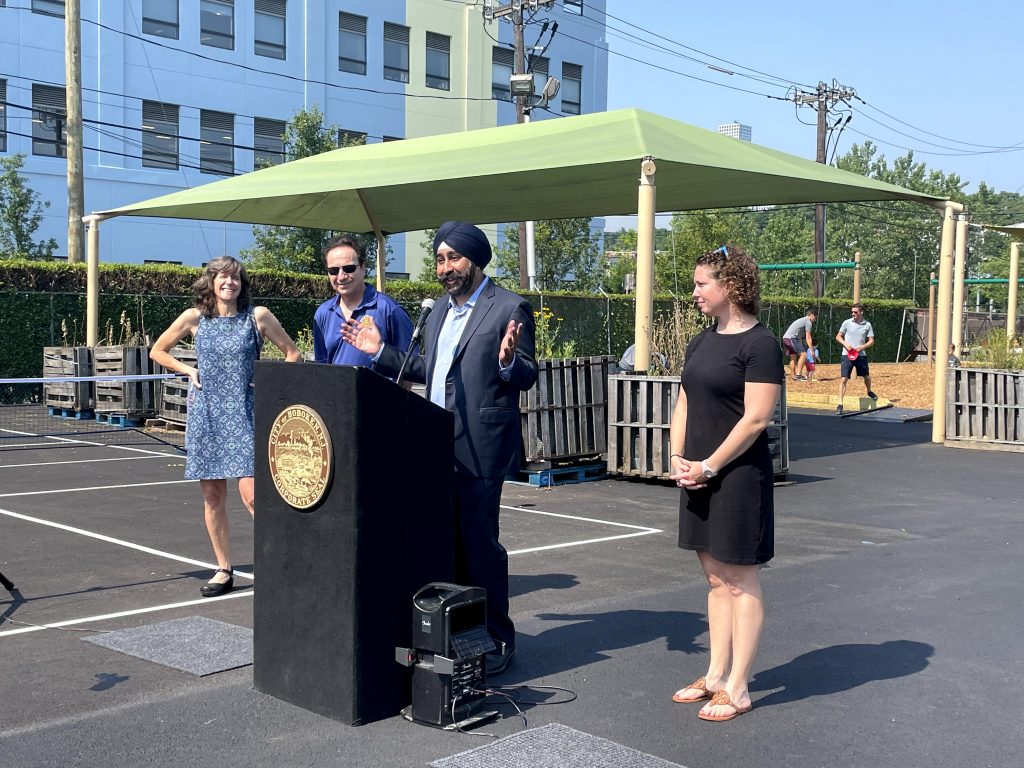 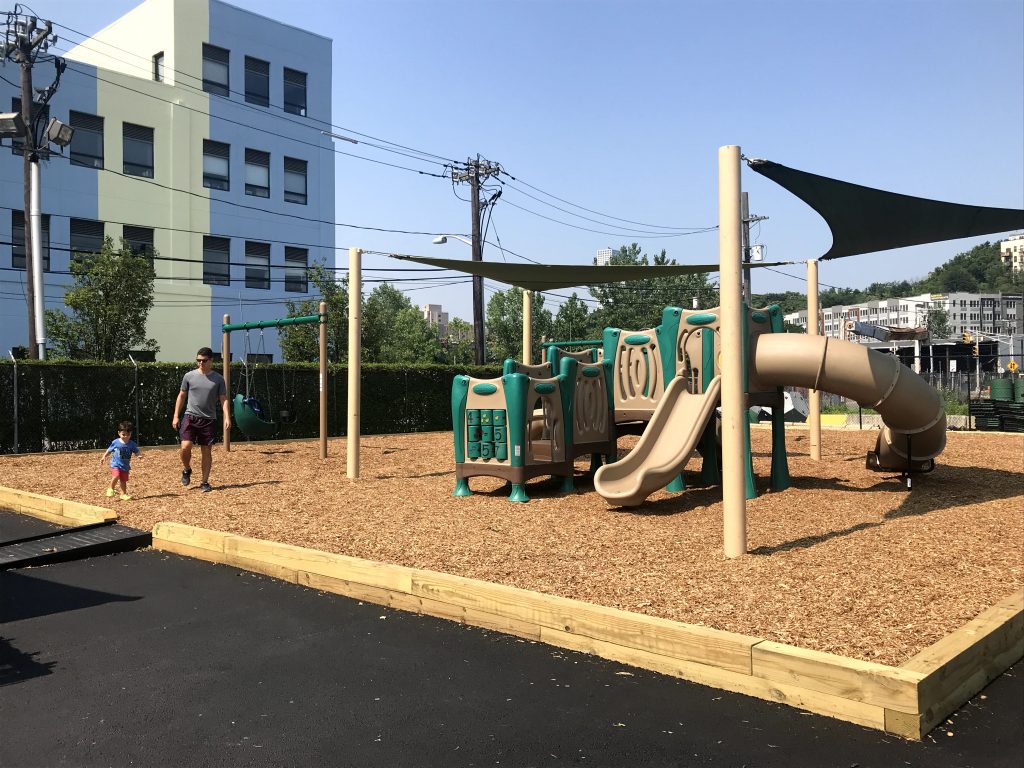 2 / 3
A playground is located in the southwestern portion of the pop-up park. 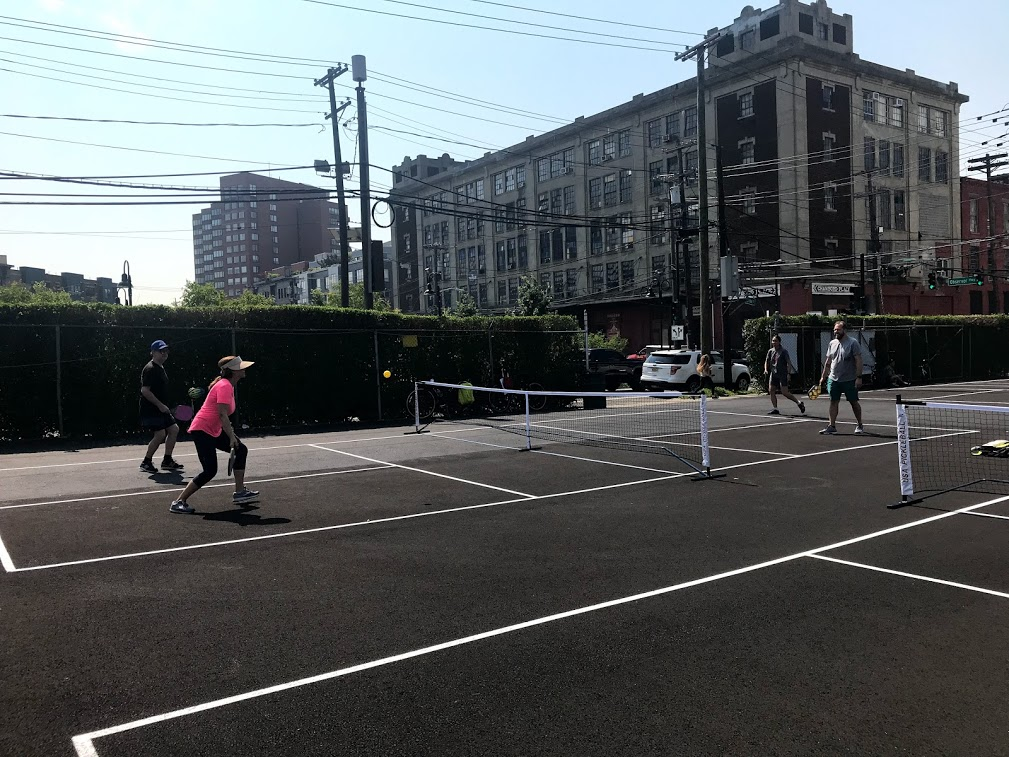 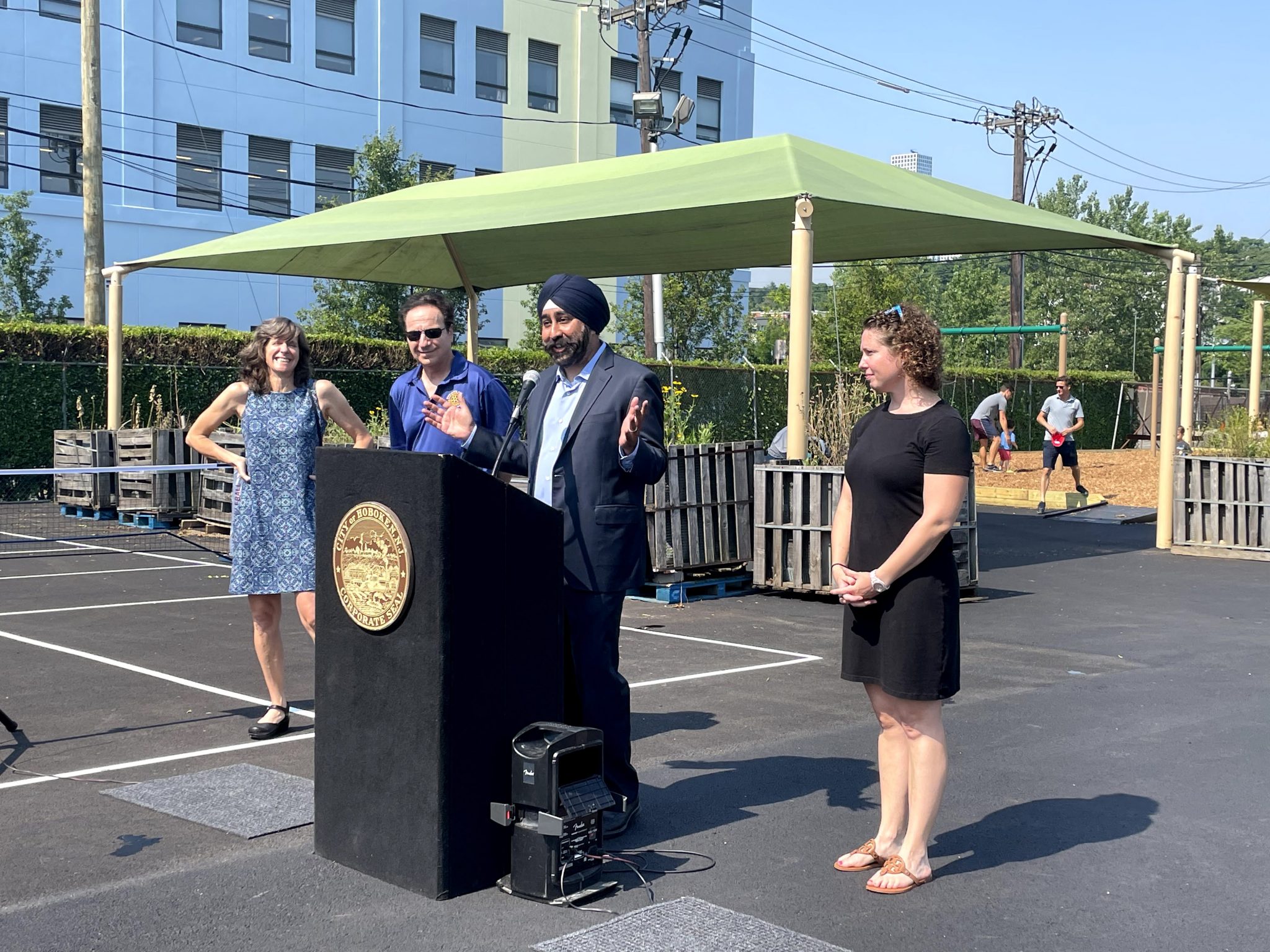 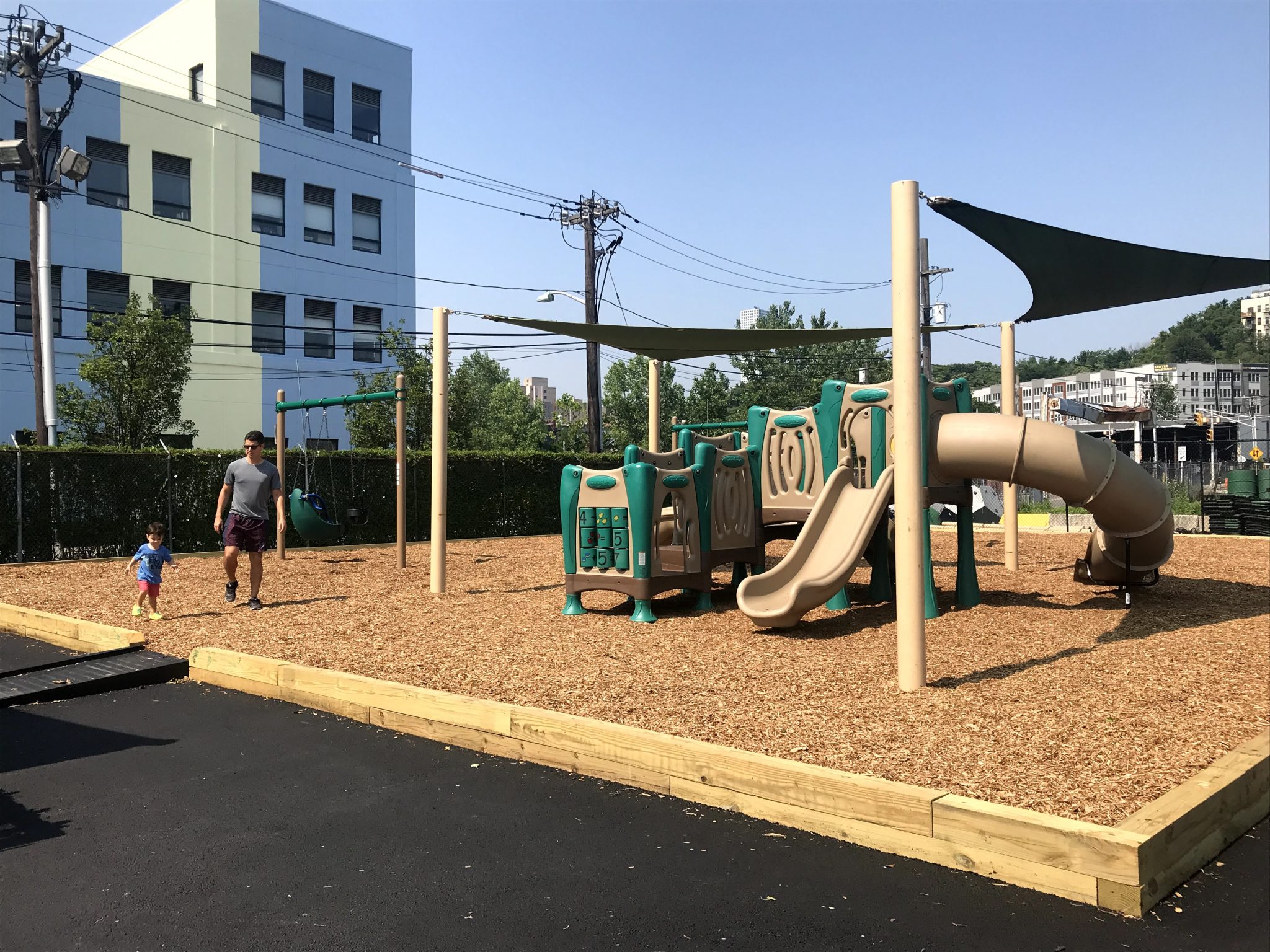 2 / 3
A playground is located in the southwestern portion of the pop-up park.

The city has long sought to expand the one-acre resiliency park, eying a parking lot owned by Academy Bus, known as Block 10 on the tax map, which sits across the street to the west.

For years Academy Bus and the city have disputed the price of the land resulting in the launch of marketing campaigns, dueling appraisals, eminent domain legal proceedings, and lengthy negotiations.

But this spring, the city announced an $11 million settlement with the bus company, ending the battle and making the dream of expanding open space a reality.

Construction on the park began in May following a public virtual meeting to discuss design options.

The park, bounded by Marshall Street to the west, New York Avenue to the south, Harrison Street to the east, and buildings to the north,  includes a playground, shade structures, picnic tables, a basketball court, pickleball courts, community gardens, and additional programmable space.

A basketball court is in the northwestern portion separated from the pickleball courts and garden space with painted games like hopscotch and four square and central programmable space.

A playground is in the southwestern part constructed on top of an existing uneven concrete surface, which the city leveled by installing a safety surface.

The playground and pickleball courts are separated from each other by picnic tables and shade structures. The entrance is on Harrison Street The park is open seven days a week from 8 a.m. until dusk.

Much like the city did with the Northwest Resiliency Park, currently undergoing construction, the it erected the Southwest Popup Park for residents to use while it begins the community planning process for the park’s permanent design.

A formal process to solicit community input into the design of the permanent Southwest Park expansion on Block 10 will starting this fall.

Among the last of the old guard