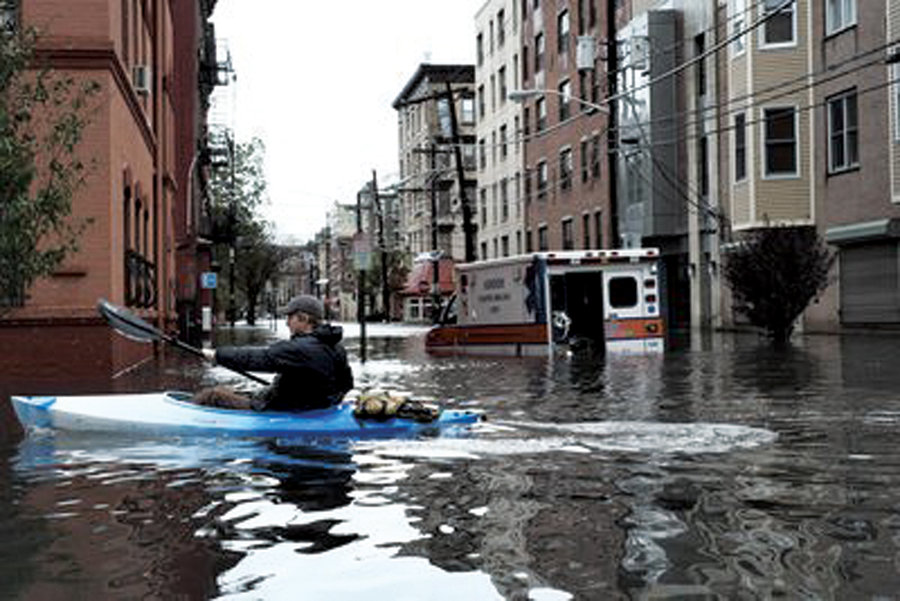 The aftermath of Hurricane Sandy
×

The aftermath of Hurricane Sandy

Heavy rain and strong to severe thunderstorms are expected along with damaging wind gusts. Rainfall greater than 0.8 inches per hour may result in flash flooding in low-lying areas.

Residents are encouraged to move their cars from flood prone areas. Due to the predicted storm, a special rate of $5 per 24 hour period is being offered in Garage B at 28 Second St. and Garage D at 215 Hudson St. to residents with a valid Resident On-Street Parking Permit or Temporary Parking Permit, beginning at 5 p.m. on Thursday, July 8 through 5 p.m. Saturday, July 10.

Hoboken residents with disabilities who have either a handicapped license plate or hangtag for their permitted vehicle may park in the Midtown Garage at 371 Fourth St. for the same reduced rate.

Garage space is available on a first-come, first-served basis.

Regular rates apply at other times.

Drivers should not drive around barricades. Those who do not have to travel should stay home or use mass transit.

Street cleaning enforcement will be suspended on Friday, July 9, but all meters and other parking rules and regulations remain in effect.

Residents are instructed to secure loose objects and furniture or bring them inside, especially objects on balconies.

Residents are encouraged to prepare for the storm by reviewing the Hoboken Ready website and flyer available in English and Spanish.

The Emergency Operations Center will be operational beginning Thursday, July 8 at 5 p.m. with volunteers from the Community Emergency Response Team (CERT).

To report flooded intersections and clogged drain inlets call the NHSA Hotline at 866-689-3970.

Report power outages and downed wires to PSEG at https://nj.myaccount.pseg.com/myservicepublic/outagepublic.

Residents should monitor local forecasts for additional advisories, watches, and warnings as well as the City’s Twitter (twitter.com/cityofhoboken) and Facebook (facebook.com/hoboken) or sign up to receive email or text updates by visiting www.hobokennj.gov/alerts.