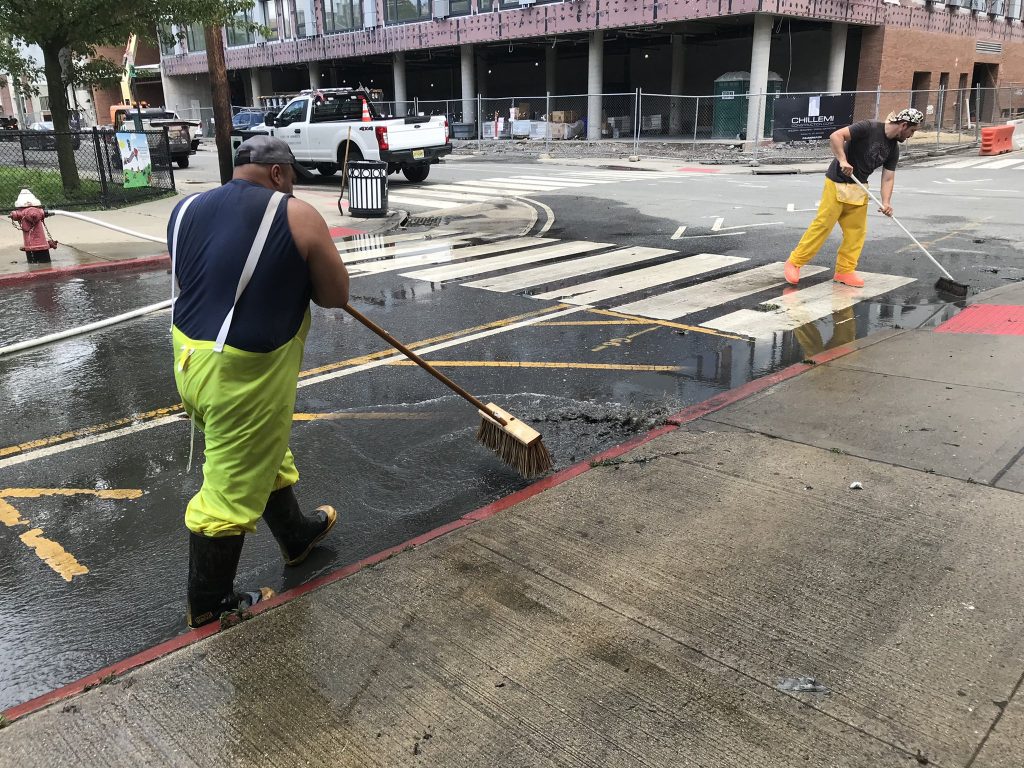 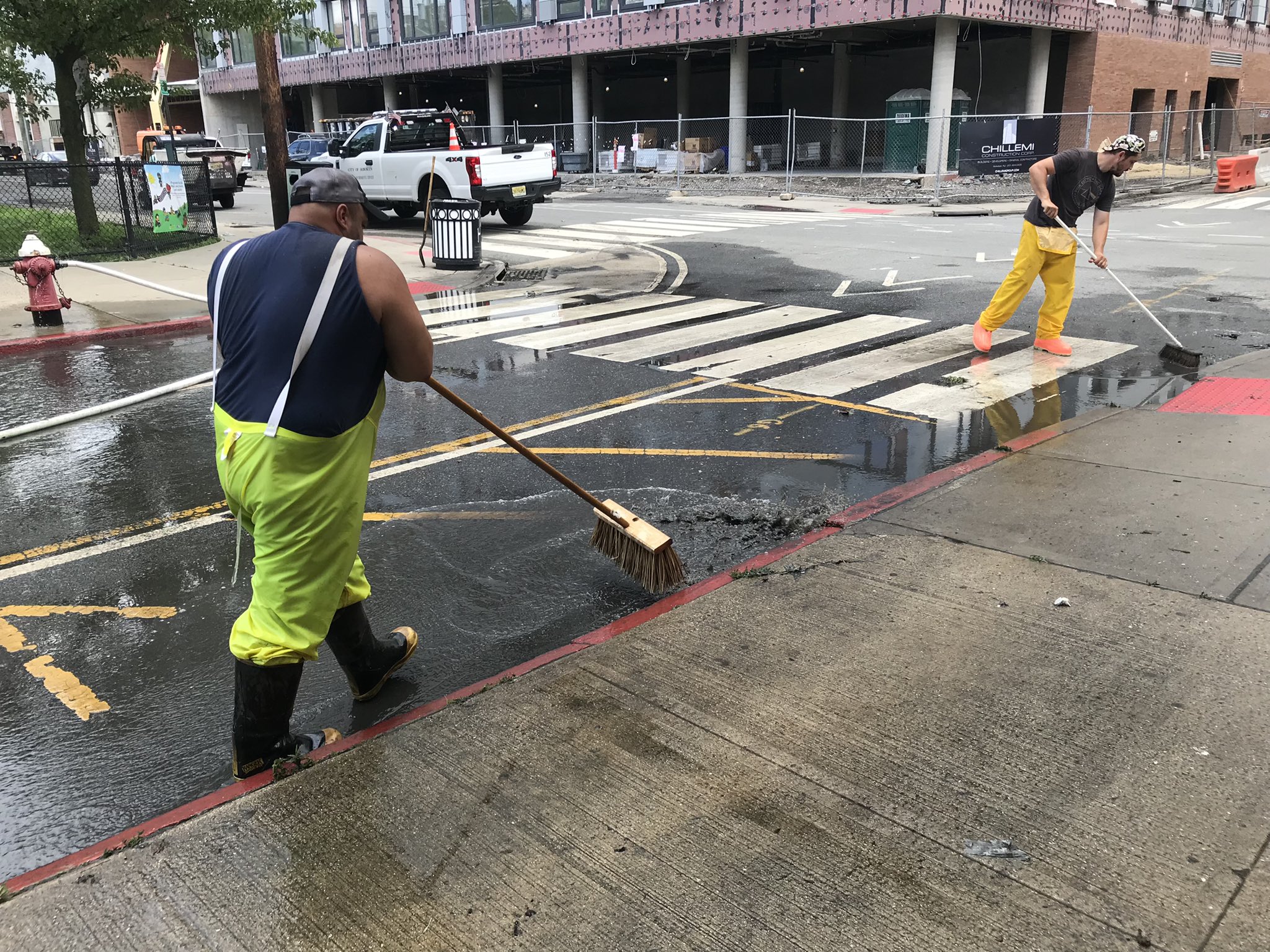 According to the city,  Hoboken received 3.74 inches of rain in less than 24 hours, with the most rain falling Thursday night. It was the fifth most intense rainstorm since 2016, reaching 2.92 inches per hour.

Flooding occurred in a few areas, mostly in Southwest Hoboken, from Third to Fifth streets on Jackson Street, and from Eighth to Ninth streets on Madison Street.

By 10 a.m. almost all the flooding had receded, and city crews began cleaning highly impacted areas.

Despite flooding, the city said both H1 and H5 pumps were operational, each capable of pumping up to 50 million gallons per day, as were the city’s two resiliency parks which together store nearly 700,000 gallons of water.

According to the city, the pumps and tanks cannot solve all flooding issues, but they do help reduce the amount of water that ponds in the streets and remove that water more quickly  than in previous years.

There were no reports of downed wires, fallen trees, or power outages, and  Hoboken’s Office of Emergency Management, Fire Department, and Police Department had extra staff on duty to ensure public safety and ease traffic.

Heavy rains and storms are becoming more frequent and  more intense due to rising global temperatures and climate change.

One study found the heaviest 1 percent of rain events in the Northeast United States has increased by 42 percent since the 1950s.

To help combat flooding the city has a number of initiatives and projects.

Another resiliency park in northwest Hoboken that can store up to 2 million gallons of rainwater is currently under construction, and preliminary work for the Rebuild By Design project that aims to protect the city from Hudson River storm surges is underway.

The city is building rain gardens, cisterns, and has integrated flood infrastructure into a number of city projects.

Learn more about Hoboken’s efforts to mitigate rainfall flooding,  how Hoboken and NHSA prepare for, respond to intense rainfall storms, and about what Hoboken is doing to combat climate change.

New York bus will be detoured from Washington Street from next...