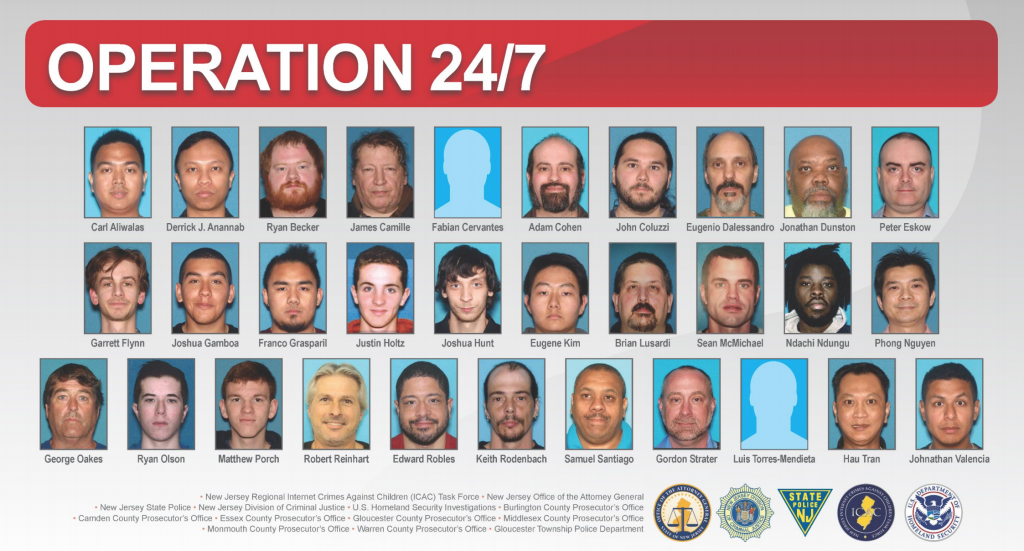 Over 30 men were charged with various crimes relating to the sexual exploitation of children as part of "Operation 24/7."
× 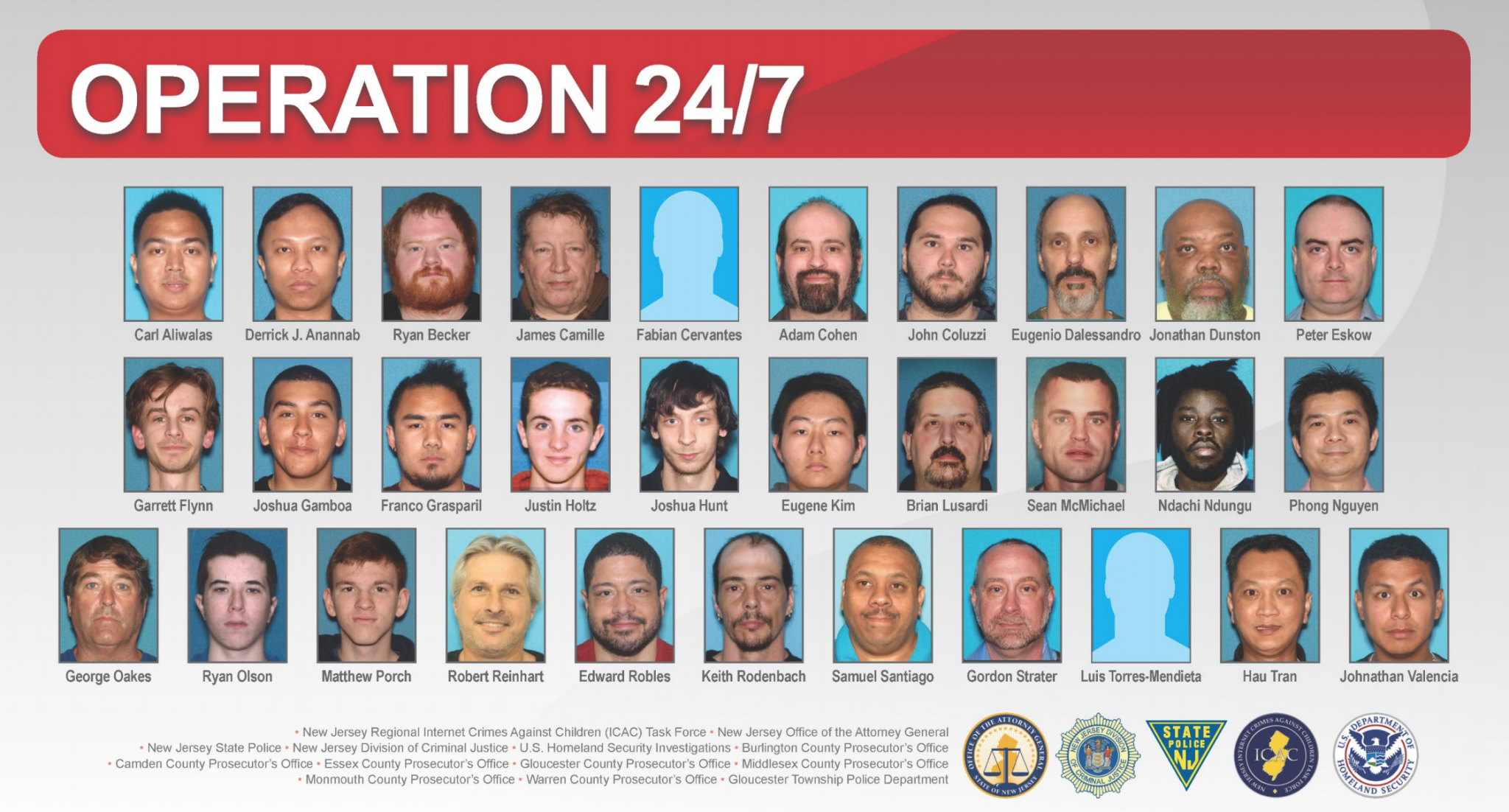 Over 30 men were charged with various crimes relating to the sexual exploitation of children as part of "Operation 24/7."

A Jersey City man was one of 31 men arrested and charged with sexually exploiting children online.

The sweeping arrests are part of “Operation 24/7,” launched to address the continued spike in reports of potential threats to children from online predators during the COVID-19 pandemic, according to the New Jersey Attorney General’s Office.

Ndachi Ndungu, 25, of Jersey City, allegedly attempted to extort a girl, 12, he encountered on the gaming app Discord to send sexually explicit photos of herself.

According to an investigation by the New Jersey State Police and Division of Criminal Justice, Ndungu allegedly chatted on Discord with numerous other potential victims between the ages of 7 and 15.

Ndungu allegedly used the same method with his victims- allegedly obtaining an image of the child and then threatening to share it on social media or report the victim to Discord. He allegedly threatened the children until they agreed to send more explicit photos.

He is charged with Attempted Manufacturing Child Pornography and Attempted Theft by Extortion.

He is presumed innocent until proven guilty.

All the men arrested in the three-month operation between April 1 and June 30 range in age from 18 to 65.

Tips about potential threats to children online were received by the New Jersey Regional Internet Crimes Against Children (ICAC) Task Force and the National Center for Missing and Exploited Children (NCMEC). The number remains high during the ongoing pandemic, with 3,324 tips received in the first six months of 2021.

Many cases in the operation stemmed from NCMEC tips, while others stemmed from law enforcement referrals or proactive online investigations.

“Through these collaborative operations with the ICAC Task Force, we are working tirelessly to arrest child predators and those who exploit children by possessing and distributing child sexual abuse materials,” said Attorney General Gurbir Grewal. “With young people continuing to spend more time on their electronic devices due to the COVID pandemic, we must remain vigilant. We urge parents and guardians to warn children about the threats that exist on social media and popular gaming sites, and to watch for signs that a child has been subjected to online abuse.”

Arrests also have been made involving the gaming apps Fortnite, Minecraft, and Discord.  Grewal urged parents to familiarize themselves with these and other apps and warn their children about sharing information with strangers.

“Through major cooperative efforts like Operation 24/7, we are sending a message to sex offenders that if you threaten or exploit children, we will identify and arrest you,” said Director Lyndsay Ruotolo of the Division of Criminal Justice. “In addition to pursuing tips from NCMEC, we routinely conduct proactive investigations on social media platforms and peer-to-peer file-sharing networks to identify online predators and offenders distributing child sexual abuse materials. There can be no higher priority than protecting our children.”

“Operation 24/7 is a testament to the success of the cyber tips received through the National Center for Missing and Exploited Children,” said Colonel Patrick J. Callahan, superintendent of the New Jersey State Police. “As law enforcement, we would like nothing more than to be there for every innocent child, so every single tip can potentially save a young victim from a predator. We will never relent in our efforts to root out and arrest anyone involved in the depraved network of criminals who seek children to sexually assault, as well as those who share child pornography online. Parents can join the fight by talking to their children about the dangers of online predators and closely monitoring their online activity.”

Marist High School may shut down if unable to raise $1.5...