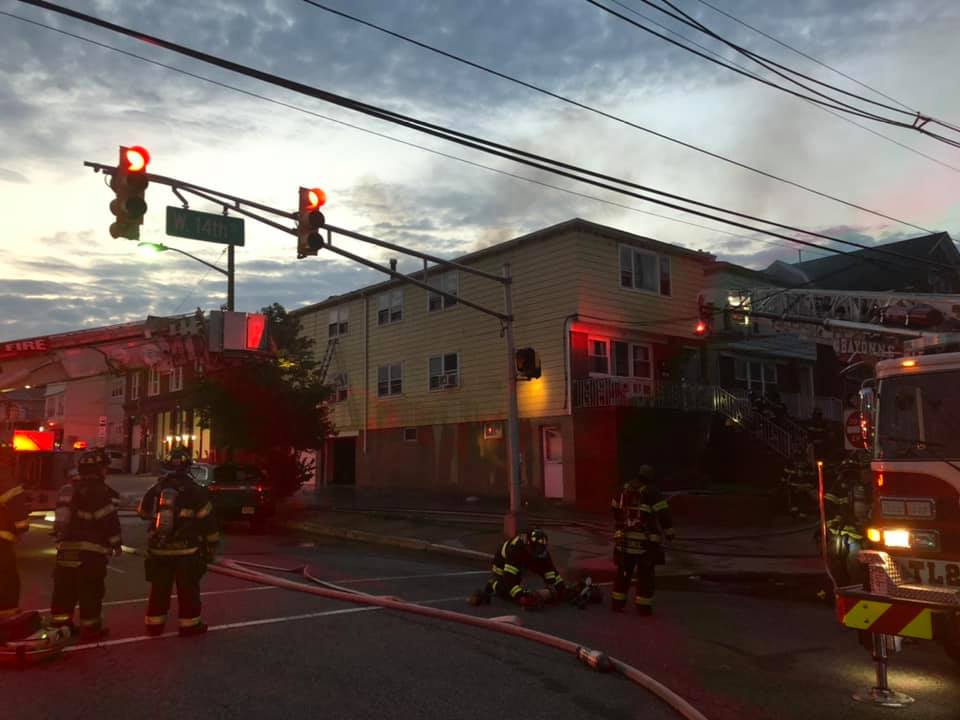 Firefighters extinguished a fire at the same location two days in a row, according to Bayonne Fire Chief Keith Weaver.

At 4:52 a.m. on July 15, firefighters were called to 105 West 14th St. on a report of fire. Arriving units found heavy fire through the roof of a three-story home.

Firefighters stretched multiple hand lines to extinguish the blaze, which was declared under control at 5:42 a.m.

This structure was vacant due to a one-alarm fire that occurred approximately 12 hours earlier; occupants of the neighboring home were temporarily vacated for safety reasons. There were no injuries reported.

The cause of the fire remains under investigation by fire investigators and the Bayonne Police Department.

At 5:08 p.m. on July 14, BFD was dispatched to a report of smoke coming from the roof at 105 West 14th St. Units found a fire in the attic of the three-story, three-family building.

Firefighters used two hand lines to extinguish the blaze. The fire was declared under control at 5:52 p.m.

All occupants were safely evacuated, and no injuries were reported.

The Building Department deemed the structure temporarily uninhabitable. All ten displaced occupants are under the care of Bayonne Office of Emergency Management (OEM) and the Red Cross.

A fire investigation is being conducted, but the fire does not seem suspicious at this time. Occupants of the neighboring building were evacuated but allowed to return within minutes.

“Our firefighters worked with skill to quickly knock down this blaze and prevent this fire from causing more significant damage, and they also kept the fire from spreading just a few feet away to the house next door,” Weaver said.