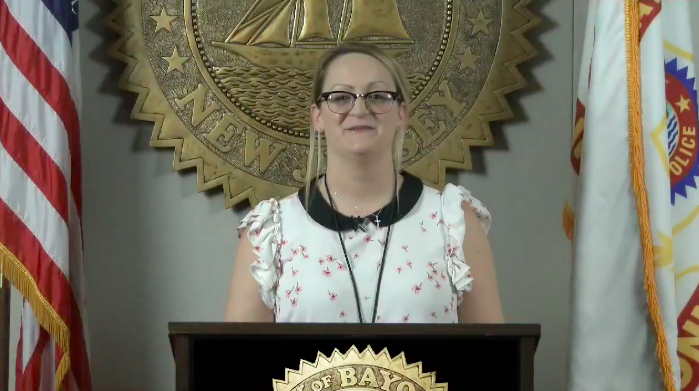 The Bayonne City Council has approved a resolution extending for another year its shared services agreement for a health officer with WNY. Michele O’Reilly is health officer for both municipalities.

The council voted unanimously to advance the measure at its July meeting.

In March 2020, the council authorized a shared services agreement for a health officer with Weehawken. The agreement also renamed retired Bayonne Health Officer Vincent Rivelli to his former position.

Under Gov. Phil Murphy’s executive order at the beginning of COVID, retired government officials were allowed to return to work to fight the pandemic without pension complications. In April, the council approved a resolution to officially rehire Rivelli to serve as a part-time health officer until a full time officer could be hired.

Before coming to an agreement with Weehawken, Bayonne had been without a health officer since 2018. That year, Rivelli retired which meant Bayonne, Union City, Weehawken, and Harrison were without health officers.

Bayonne was under a shared services agreement with those municipalities at the time and did not find a full time replacement between Rivelli’s retirement and when COVID hit.

According to Bayonne Public Information Officer Joe Ryan, this is standard practice around the state.

A number of rigorous qualifications must be met to become a health officer, Ryan said, including passing a competitive examination, five years of experience working in health departments, and a master’s degree. This results in a limited talent pool.

“There’s a whole set of hoops they have to jump through so you can’t just hire someone and make him or her a health officer,” Ryan said. “It’s the same with a number of other positions where you have to have certain requirements or else you’re not in.”

O’Reilly officially took over in April of 2021, according to Ryan. However, it appears she has been working in an acting capacity since before then, being credited with leading the department through the pandemic and giving the occasional COVID-19 video update as health officer.