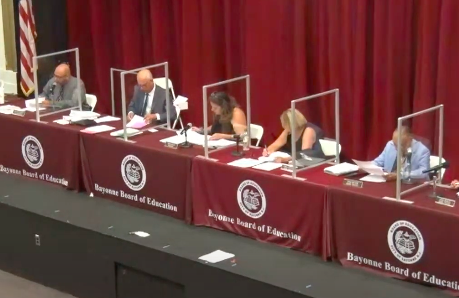 Now all employees are working with up-to-date contracts, school officials said at the July meeting.
×

Now all employees are working with up-to-date contracts, school officials said at the July meeting.

Per the terms of the memorandum of agreement, the covered employees will get a 3.5 percent pay increase in the first year of the contract. Each subsequent year, employees will receive a 3 percent increase.

Under the contract, custodial employees will be provided with health insurance through the School Employees Health Benefits Program, or a similar plan. Qualified employees will receive prescription coverage.

At its July meeting, trustees lauded the approval of the contract, noting it was the last contract that needed to be negotiated.

“I would like to commend Trustees Casais, Egan, and Burke for doing such a tremendous job on our negotiating team,” said Vice President Christopher Munoz Munoz. “I think we are set up for every major unit in the Board of Education. That’s a great thing, and it hasn’t happened in a while. So good job to you guys.”

President Maria Valado added, “I’m happy that finally all of our contracts are completed. Now everyone is working with an up-to-date contract.”

Memorial Day Parade is no more