Danielle Freire seeks to restore the 'independent voice' of The Heights 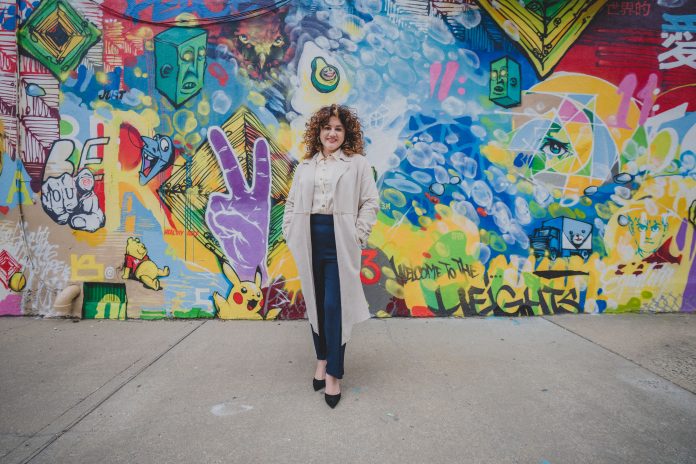 In June, Freire successfully hosted a Drag Brunch first in-person fundraiser, Drag Me To the Polls at 512 Quantum Sound Rooftop in Jersey City. The fundraiser helped Freire and her team reach their $25K goal with the help and support of Jersey City Ward D residents. The event featured Jersey City and New York City drag Queens and King, and was hosted in honor of Pride Month.

Earlier in May, the Ward D candidate was featured on LIVE with Lisa D’Amato seen on television’s America’s Next Top Model, Shark Tank, and co-host of @Wearepushingbuttons.

On July 29, Freire for City Council held their first meet and greet, Meet, Greet, and Dance, which featured a Salsa on 2 lesson from Jersey City residents and educators. The event was hosted by Heights resident and community leader Mo Kinberg and organized over 25 local Heights leaders and supporters of an independent voice in Ward D.

“We need our elected officials to be accountable and responsive to the people who live in the Heights. I am supporting Danielle Freire for Ward D because she has integrity and will fight for the community that she loves,” said Heights resident Mo Kinberg. “She knows the needs of our community not only because she grew up here but because also knows how to listen and how to engage residents in policy.”

“Freire for City Council is giving the Heights community a chance to restore its independent voice and bring real authentic leadership that responds to residents, not political agendas. For the over 500 community members that signed our petition, there’s an opportunity to imagine a more resilient and independent Ward D,” said Ward D Candidate Danielle Frieire.

In order to be on the ballot, Freire for City Council submitted 536 paper petitions of which over 400 were estimated to be valid on August 3rd. In addition, the campaign produced instructional how-to videos for submitting electronic petitions in Spanish, Italian, Portuguese and Tagalog as a way to increase accessibility and participation in the electoral process.

“This incredible grassroots campaign is inspiring and galvanizing young people all over this city. Danielle is recruiting young volunteers, listening to their opinions and concerns, and teaching them about what it means to be a genuine community representative. Together, we are just getting started, and the best is yet to come!” Jai Jhaveri, Volunteer Coordinator for Freire for City Council.

Jai also is McNair Academic’s Class of 2021 President, and President of the Political Participation Club, which works to increase civic awareness within McNair Academic High School and Jersey City. Jai is also President of the Championing Political Change Organization which strives to politically empower young Asian American and Pacific Islanders in the state of NJ. He is also Founding Member of the Jersey City AAPI Coalition, a byproduct of the #stopasianhatejc rally, that will advocate for Jersey City’s vibrant AAPI community.

Danielle Freire was born and raised in the Jersey City Heights of emigrated Ecuadorian parents. She has a Master’s in nonprofit management from The New School, and has spent years of her career in nonprofit fundraising and development for organizations based in New York City. In her current role, she leads the fundraising efforts for a national environmental justice intermediary whose mission is to advance the environmental justice movement by shifting more resources to local grassroots groups.

Lawless bicyclists must be stopped