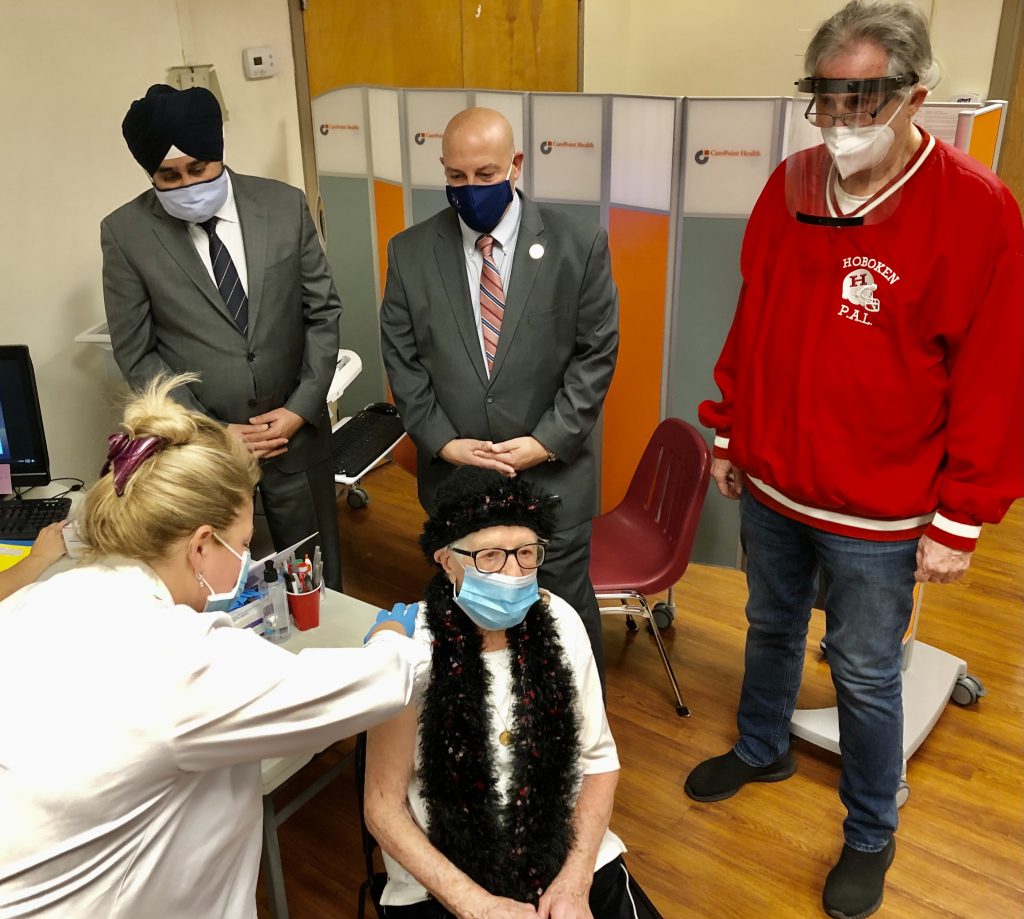 COVID cases in Hudson County have not surged as much in part due to vaccinations.
×

COVID cases in Hudson County have not surged as much in part due to vaccinations.

COVID-19 hospitalizations in Hudson County have been on the rise this summer after declining from an April high. But cases have so far not returned to springtime levels or the peak of new cases at the beginning of January.

New cases started to increase in late June. As of August 18, there was a seven-day average of 102 new COVID cases per day in Hudson County, with an average of 48 cases per day in Jersey City, according to data provided by the City of Jersey City. Hoboken, whose city government has mandated vaccinations or masking and frequent testing for all municipal employees, had a daily average of nine cases as of August 16, according to data provided by the Hoboken Health Department.

The highly transmittable Delta variant has accounted for most of the cases over the past four weeks, with 93.5 percent of new infections in the state.

Deaths from COVID have remained low since June, compared to previous surges. Hospitals in the county have seen an increase in COVID admissions, but report conditions are more stable and have not reached the chaotic levels typical of the early days of the pandemic.

This may be because vaccines have played a role in reducing the number of hospitalizations, severe illness or death.

New Jersey is better than some states

The New Jersey statistics are in sharp contrast to other states such as Florida and Texas, where there are fewer vaccinations, official resistance to mask and vaccine mandates, and where hospitals are overwhelmed.

“If you’re looking at the trends, they’re experiencing similar trends that we were prior to vaccination,” said Schubert Perotte, Chairman and Medical Director of the Emergency Department at Jersey City Medical Center. “We’re happy in this area that we’re not seeing those same trends, even though we are seeing a few patients pop up positive, but nowhere near reaching over the capacity of hospital cases, and your ability to care for patients, putting the regular hospital employees at risk.”

In data provided on August 9 by Governor Phil Murphy and the State of New Jersey, out of nearly 5 million people in New Jersey that have been fully vaccinated, only 0.14 percent (7,112) have been breakthrough cases involving people who have been vaccinated; 0.004 percent (212) had to be hospitalized, and 0.001 percent (50) have died.

Another factor is that younger people have gotten the virus. “[Younger people] historically do better with the virus,” said Dr. John Rimmer, CMO of Hoboken University Medical Center. “The most susceptible populations have greater coverage of the vaccine. Our elderly population is significantly more vaccinated than our younger populations.”

The prevalence of the Delta variant has highlighted the importance of vaccines. All three available vaccines in the U.S. are effective at preventing death or severe illness from the Delta variant.

“I’ve messaged pretty consistently that patients that are unvaccinated really have two choices,” said Dr. Rimmer. “That’s either to get the vaccine, or it’s likely a statistical inevitability that they’re going to acquire the Delta variant.”

The county and its municipalities have begun offering third doses for those who are immunocompromised following the FDA’s authorization.

Hoboken mayor wants to lure startups to his city