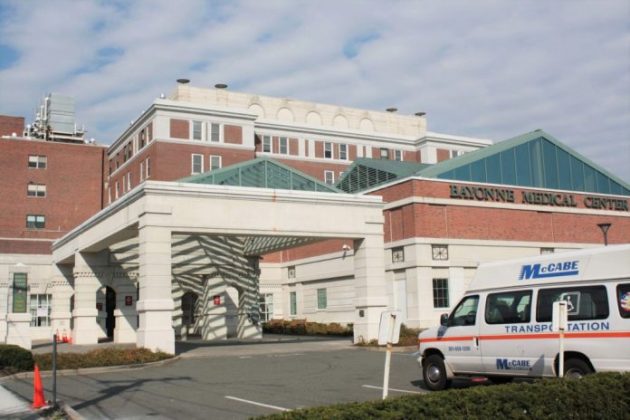 The fight over the operations at Bayonne Medical Center continues.
×

The fight over the operations at Bayonne Medical Center continues.

The Bayonne City Council has declined to withdraw two ordinances that would condemn the property of Bayonne Medical Center through eminent domain. It voted instead to postpone a final vote until its next meeting.

The council has postponed a vote on the matter for the past three meetings, after holding a public hearing in May. The current holdup is at the state Local Finance Board, which must first give its approval and okay the transaction.

CarePoint has been searching for an operator for the facilities ever since, signing a sale agreement in 2020 with BMC Hospital LLC to operate Bayonne Medical Center. Meanwhile, Hudson Regional Hospital in Secaucus closed on the purchase of the real estate of Bayonne Medical Center from Eisenreich for $76 million.

Since the sale has closed, Hudson Regional has made clear its intentions to operate the hospital, not BMC Hospital LLC. This has sparked a war between the two entities over who will run the operations.

The city and the county want BMC Hospital LLC to operate the hospital. In May 2020, the Hudson County Board of Commissioners unanimously voted to approve three resolutions authorizing the Hudson County Improvement Authority (HCIA) to begin the eminent domain process on the Bayonne Medical Center property.

The Bayonne City Council introduced the two ordinances at its April 2021 meeting that would continue proceedings that began last year. At its May 2021 meeting, after hours of presentations from all entities, public comment, and council member questions, the council tabled the ordinances, citing a need for more information.

The Local Finance Board was set to vote on the matter in June. However, both Hudson Regional and BMC Hospital LLC submitted new proposals regarding eminent domain on the same day, so the board tabled the matter.

The council also tabled the matter in June, pending approval from the Local Finance Board, but it has not taken action.

The council tabled the ordinances again in July.

City Council President Ashe-Nadrowski, who is opposed to the ordinances, said she’s had enough of dragging the matter out and again motioned to withdraw the ordinances.

“I think it’s time to end the charade and remove the threat of eminent domain,” Ashe-Nadrowski said. “This has been on the council’s agenda for several months now. Local Finance has not taken any action.”

Ashe-Nadrowksi said the ordinances would fail regardless, noting her opposition and Second Ward City Councilman Sal Gullace’s intention to abstain from the vote due to a conflict of interest because he is a board member at Bayonne Medical Center. Since these ordinances in particular need four votes to pass, they are essentially dead in the water.

“I don’t think we should continue to entertain this financially disastrous proposal,” Ashe-Nadrowski said to applause from the audience.

She continued: “Bayonne Medical Center is not closing. HRH, the current property owner, has agreed to preserve Bayonne Medical Center, at no cost or risk to the city taxpayer… In May, HRH provided a letter indicating its willingness to drop any litigation with regard to the zoning changes. HRH has also agreed to enter into negotiations with Bayonne to give us a right of first refusal which means that any decision that they make, we have the right to deny.”

In addition to HRH’s past promises to the city, it has said it has secured long-term financing with Cross River bank. BMC Hospital LLC did not immediately respond for comment, but has said in the past it would cover the monthly debt service on the related bonds that would condemn the property through eminent domain, and would cover a number of additional costs and initiatives.

“HRH has secured long-term financing for Bayonne Medical Center, so finances are not an issue,” Ashe-Nadrowski said. “Bayonne’s hospital will continue to operate for generations to come.”

Ashe-Nadrowski said that withdrawing the ordinances would be good for the taxpayers of Bayonne and motioned to do so.

While in the past her motion has fallen on deaf ears, this time Gullace seconded the motion. The audience broke into applause, thinking the council would then vote on withdrawing the ordinances. But since Gullace said he will abstain from the vote, he cannot second the motion to withdraw the ordinances.

“I think it’s time you take a stand for what’s right for the residents of Bayonne,” Ashe-Nadrowski said, directed toward the rest of the council.

Third Ward City Councilman Gary La Pelusa said that he didn’t second the motion because this is more of a “business deal.”

“I just don’t think I should have to vote on this because it might just be a moot point,” La Pelusa said.

First Ward City Councilman Neil Carroll motioned to postpone the vote until the September meeting. He was seconded by City Councilman At-Large Juan Perez, who agreed with La Pelusa that the council should wait for the Local Finance Board’s decision.

Carroll, Perez, and La Pelusa voted to postpone the ordinances until September. Ashe-Nadrowski voted no and Gullace abstained. A vote on the ordinances was again postponed, marking the fourth time the council has done so.

The ordinances will be on the agenda for the Sept. 15 meeting at 7 p.m. at the council chambers at City Hall, 630 Avenue C. Residents can attend in person or online. For more information, go to bayonnenj.org and click on the event on the calendar webpage.