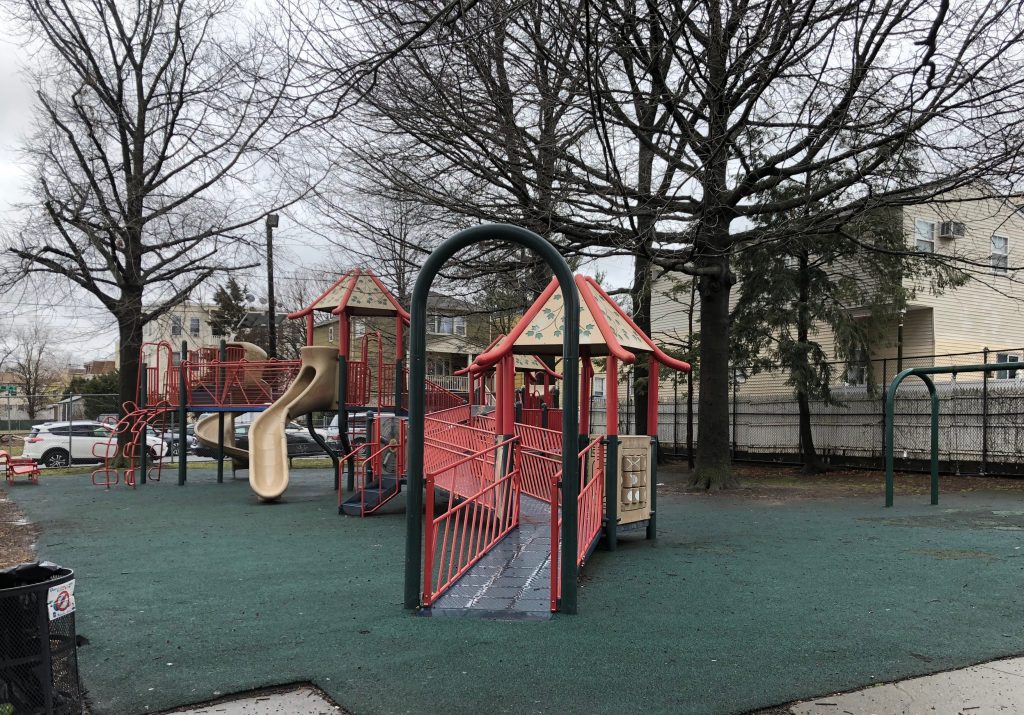 The park is in desperate need of an upgrade.
×

The park is in desperate need of an upgrade.

The Bayonne City Council has approved a resolution awarding a $539,841.50 contract to Picerno-Giordano Constructions of Kenilworth for the renovations at 28th Street Park.

The 13,360-square-foot park is on Avenue F, between 28th and 29th streets. In 2019, the city received $627,000 for the park through a Green Acres grant, administered by the NJ Department of Environmental Protection.

In 2019, the city developed a concept and started work on new designs for 28th Street Park, according to Davis. After some COVID delays, the contract has been awarded and construction can begin.

The project consists of the removal of all physical features except shade trees and playground equipment, unless they need to be removed for site improvements.

In 2017, the council approved a $1,719,675 contract with Picerno-Giordano for the renovations at Dennis Collins Park.

Most of that is being funded by the Port Authority of New York and New Jersey as part of the “Raise the Roadway” project. The council approved an additional $500,000 from a Hudson County Open Space grant in 2017.

The city completed Phase I of the improvements to Collins Park in 2018, including new playground and exercise equipment, renovated tennis courts, a new volleyball court, new dog parks, new trees, and benches, among other improvements.

Phase II Improvements will include new basketball courts, playgrounds, and handicapped entrances. The city will rebuild the parking lot. Along the Kill Van Kull shoreline, riprap stones which do not meet specifications will be moved to Veterans’ Park along Newark Bay, where they will help reinforce the shoreline and assist future waterfront walkway construction.

Before Phase II can begin, further environmental cleanup efforts must finish. Work stopped in late April 2020 to prevent workers from being exposed to COVID-19, but resumed in September and is nearing completion. The cleanup involves the removal of contaminates from the soil, including chromate, and replacement with clean soil.

Once the cleanup is finished by The PPG Company, which was given the court-assigned responsibility of cleaning the site, the property will be turned over to the city. Renovations will then continue by Picerno-Giordano.

In September of last year, the council approved a $2,086,786.20 contract with Picerno-Giordano for renovations to Fitzpatrick Park across the street from City Hall on Avenue C, between West 26th and 27th Streets.

Construction will be funded partially by a Hudson County Open Space Trust Fund Grant in the amount of $661,000, and funding from the New Jersey Department of Environmental Protection Water Bank in the amount of $1,478,547.50.

The renovations will include a new splash park area, new playgrounds for youth of all ages, a tennis court, roller hockey rink, and bike rack. Plans call for a patio with picnic tables, drinking fountains for both residents and their pets, and improvements to lighting and landscaping.

Other upgrades include the construction of storm water storage tanks, which will help prevent sewage systems from overflowing, among other storm water runoff issues. A small building on the property will be torn down as well as 17 trees, which will be replaced with 14 trees.

Construction is expected to be completed this year; the roller hockey rink has already been completed.

More in the works

The other parks are being renovated by another entity or have not yet gone out to bid.

The work on Morris Park is being conducted by developer the L Group as part of the open space requirement for the adjacent ten-story mixed-use building known as BayOne.

Renovations for the Cottage Street Park have not yet been sent out to bid. The city is receiving $886,000 in a Green Acres grant for improvements to the 17,500 square-foot park.

Bids have not yet been sent out for the improvements at Russell Golding Park either. Last year, the council applied for $500,000 from the Hudson County Open Space Trust Fund for the estimated $900,000 project; the rest will be covered by the city.

The city is working on concept plans for both parks, but no other details are available.