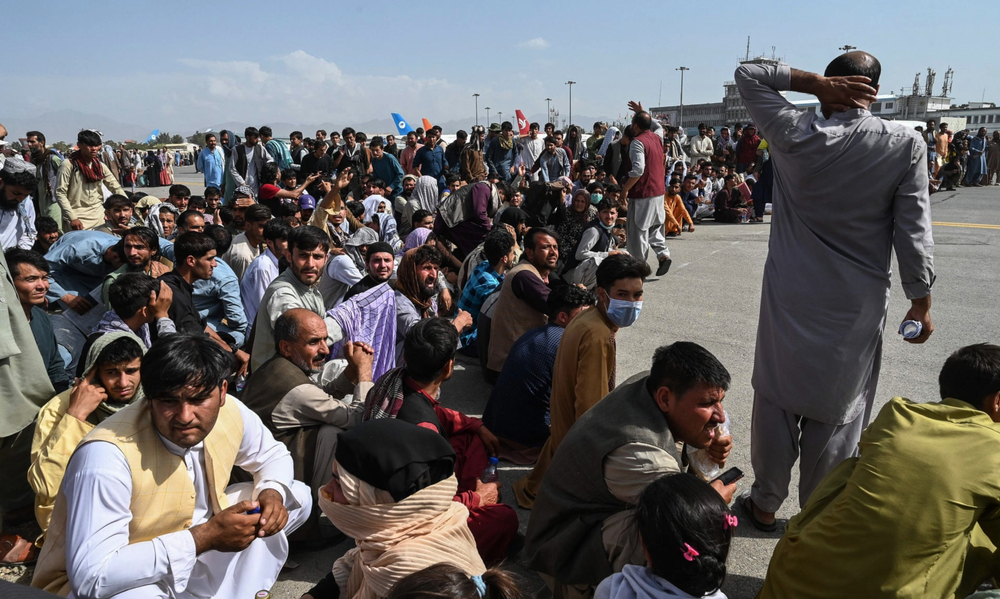 Many line up at the airport in Kabul seeking to flee Taliban rule in Afghanistan. Photo by "john smith 2021" via Shutterstock.
×

Many line up at the airport in Kabul seeking to flee Taliban rule in Afghanistan. Photo by "john smith 2021" via Shutterstock.

Suicide bombings outside the airport in Kabul killed at least 13 U.S. Marines, injured 15 Marines, and injured or killed many Afghans. This occurred on the heels of the total withdrawal of U.S. forces from Afghanistan.

The Islamic State Khorasan, or ISIS-K, a local ISIS affiliate, took responsibility for the Aug. 26 attacks. Khorasan is a historic region that would include modern-day Afghanistan and surrounding areas.

U.S. Representative Albio Sires, who represents the 8th Congressional District which encompasses much of Hudson County, condemned the attack.

“My thoughts are with the families of the 12 Marines killed and 15 injured by terrorist attacks at the airport in Kabul,” Sires said in a statement. “These servicemembers had been working tirelessly to evacuate Americans and Afghans at risk, despite increasingly dangerous conditions and the growing risk of terrorist threats. U.S. servicemembers are doing all they can to support the evacuation mission, and I commend their heroic service.”

According to Sires, the attacks have exacerbated the desperation of Afghans fleeing Taliban rule.

“Afghans have been crowding outside the airport in the hopes that they may be able to get through the gate and escape the danger they face in Afghanistan,” Sires said. “Many of those people waiting at the gate have served the U.S. and international forces, worked on a U.S. funded project to support human rights and education, or worked for the Afghan government. They live in fear that they will be targeted by the Taliban because of their support for the United States. Many of them have family members and loved ones in the U.S. advocating on their behalf, and I greatly appreciate their efforts to help.”

Sires said it is imperative that Americans and Afghans are able to reach the airport to evacuate. However, no one should attempt to approach the airport without specific instructions from the evacuation team on the ground.

“It is clear that crowding near the airport is unsafe for Afghans and U.S. servicemembers,” Sires said. “This is an incredibly difficult mission, and the State Department and Department of Defense must work diligently to coordinate the evacuation of American citizens, legal permanent residents, and at-risk Afghans.”

U.S. Rep. Bill Pascrell, Jr., who represents the 9th Congressional District which includes Secaucus and Kearny, mourned those who died in the attacks.

“I am devastated by the tragic loss of life, especially the brave U.S. soldiers murdered on a mission to protect others and those who aided our troops,” Pascrell said in a statement. “These courageous individuals were murdered by terrorists. I am praying for the innocent lives lost and for their loved ones. Today’s tragic deaths must add urgency to the withdrawal of all American citizens and evacuees from Afghanistan immediately. I hope fervently these heroes are the last Americans who will die in this conflict.”

“My thoughts and prayers are with the families of the brave American soldiers and other personnel who lost their lives in the Kabul bombing,” Payne said in a statement. “Their sacrifice shows the importance of this evacuation and our continued fight against global terrorism.”

U.S. Senators from New Jersey Robert Menendez and Cory Booker joined others in condemning the attack.

“I condemn in the strongest and most forceful of terms today’s attacks targeting U.S. citizens, personnel, and vulnerable Afghans trying to flee Afghanistan,” Menendez said in a statement. “I understand that American personnel were among the casualties, and my prayers are with the victims of this cowardly attack and their families.”

Menendez continued: “As we wait for more details to come in, one thing is clear: We can’t trust the Taliban with Americans’ security. This is a full-fledged humanitarian crisis, and the U.S. government personnel, already working under extreme circumstances, must secure the airport and complete the massive evacuation of American citizens and vulnerable Afghans desperately trying to leave the country.”

“My heart and my prayers are with the loved ones of the American service members and Afghan civilians who were killed in the acts of terrorism earlier today in Afghanistan,” Booker said in a statement. “The American heroes who were killed today undoubtedly saved the lives of many more, their enduring legacy will be one of service and sacrifice.”

Booker continued: “I strongly condemn this act of terror and vow to work alongside my colleagues and the Biden Administration to find those responsible and hold them accountable. I commend and am deeply grateful to the brave U.S. service members and diplomats working to continue the evacuation.”

President Joe Biden said in remarks on Aug. 26 that the U.S. would strike back.

“We will respond with force and precision, at our time, at the place we choose and at the moment of our choosing,” Biden said.

The U.S. will still keep the Aug. 31 deadline to withdraw all troops from Afghanistan. 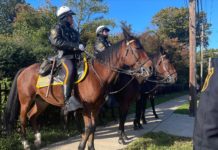