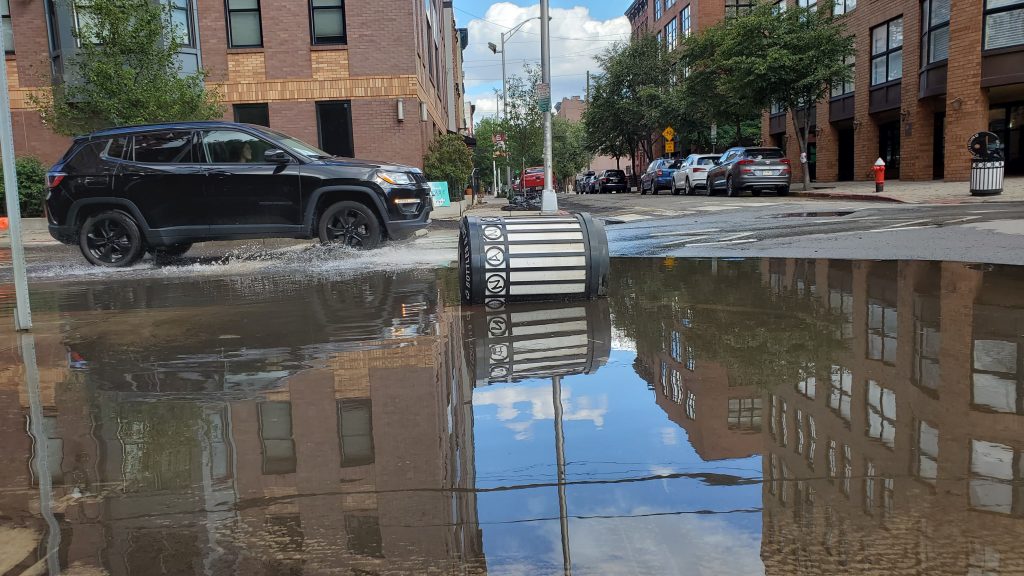 Mayors across Hudson County such as Ravi Bhalla of Hoboken have called for a major disaster declaration after Ida. Photo by Mark Koosau.
× 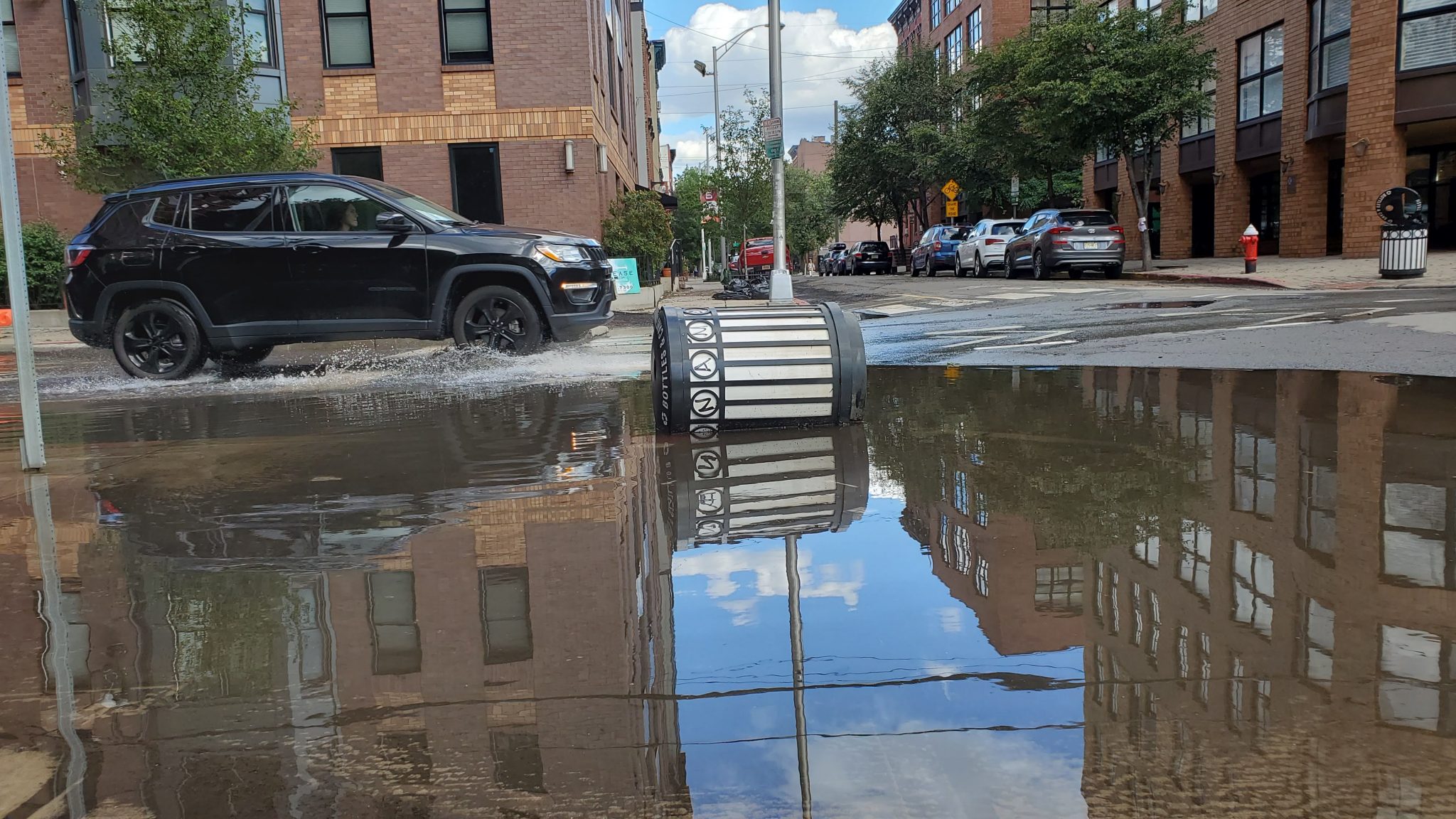 Mayors across Hudson County such as Ravi Bhalla of Hoboken have called for a major disaster declaration after Ida. Photo by Mark Koosau.

Following Hurricane Ida, Hudson County mayors are calling for a Major Disaster Declaration for the county and their respective municipalities.

Gov. Phil Murphy has asked the federal government for Hudson County along with others to be included in the disaster declaration. President Joe Biden issued such a declaration, but only for Bergen, Gloucester, Hunterdon, Middlesex, Passaic, and Somerset counties. Hudson County was not included.

Murphy said Hudson could be added as the Federal Emergency Management Agency (FEMA) and other authorities assess the damage.

Jersey City Mayor Steve Fulop has called for Hudson County to be included as part of the disaster declaration.

The city received 6.59 inches of rain, and the preliminary estimate for damages to the city’s infrastructure will be about $35 million, according to Fulop. The city was also under a boil water advisory from September 2 to 5 after the aqueduct at Cedar Grove township broke.

Fulop tweeted that FEMA representatives are in Jersey City to assess the situation. “We are showing them the damage to the city’s public property as a starting point,” he said. “From all our conversations yesterday, I’m optimistic that Hudson County will be added to all of the NJ eligible FEMA assistance programs.”

Hoboken Mayor Ravi Bhalla has urged FEMA to include the county as part of the disaster declaration.

“It was disappointing that Hudson County was not on this initial list,” said Bhalla in a statement. “Hoboken, and other parts of Hudson County were hit just as hard as areas in the six counties listed, and most certainly should have been included. Many of our residents and businesses suffered tremendous damage, and our county deserves to receive federal assistance as soon as possible.”

Hoboken received a record rainfall of 4.93 inches, with streets, homes and businesses flooded. The city was under a boil water order for four days.

Bhalla has asked residents to report storm damages to the New Jersey Office of Emergency Management and FEMA so that the city and the county can be included in the declaration. Reports can be submitted at www.nj.gov/ida/.

State Senator and North Bergen Mayor Nicholas Sacco and the Board of Commissioners are calling for North Bergen to immediately receive a Major Disaster Declaration from FEMA.

The township was subjected to widespread flooding and significant property damage. Nearly 11 inches of rain was reported by the North Bergen DPW.

This overwhelmed the stormwater sewer systems in numerous municipalities, with the amount of rainfall far exceeding their capacity and resulting in flooded homes and streets. The rainfall was the highest ever recorded in the area in a single hour, eclipsing records from previous extreme weather events like Hurricanes Sandy, Irene and Floyd.

Township officials are now encouraging residents to report damage sustained to their properties by using the state portal at damagenj-njoem.hub.arcgis.com.

“Hurricane Ida was an unprecedented extreme weather event that impacted North Bergen along with hundreds of other communities throughout the state and the country, and it caused significant property damage, displaced people from their homes and even caused 27 deaths in the state,” Sacco said.

“North Bergen was hit hard by this storm, and our community must receive FEMA Major Disaster Declaration to make sure that residents and businesses who were impacted can get the help they need. While we work with Senator Menendez, Senator Booker and Congressman Sires to make sure North Bergen gets the help it needs, residents can help by reporting the damage to their homes using the state portal.”

Township officials expect to meet with representatives from FEMA in the coming days to survey damage.

“I am happy to see our President Sign a Major Disaster Declaration for certain counties in NJ but disheartened to hear Hudson County was not one of them,” Stack said. “I have been working very closely with Governor Phil Murphy, Senator Bob Menendez and Congressman Albio Sires to ensure they did everything in their power to expand the counties eligible for Federal Assistance soon. Hudson County needs to be included, point blank. Our residents experienced a tremendous amount of property damage and need all the help they can get. Rest assured I will not stop fighting until this gets fixed.”

In Weehawken, the township is still dealing with the aftermath of mudslides, according to Mayor Richard Turner.

Hackensack Plank Road from Gregory Avenue to 19th Street is closed due to the several mudslides and rock slides that occurred. The township is still in the process of clearing the roadway.

The cliff-face remains extremely unstable, with large stones and portions of the retaining wall in a precarious state. Township engineers, the construction official, and a second engineer have deemed portions of this cliff along Hackensack Plank Road an imminent hazard. Emergency contractors have been retained and are in the process of putting crews together and picking materials to work on the site.

The road will be closed until further notice. The township will update residents after additional assessments from engineers and contractors.

Over 300 employees were in the facility when it occurred. Seven employees were taken to the hospital, but none are in critical condition, Santos said.

The KFD, KPD and EMT squad assisted with the evacuation and provided medical assistance. While some of the first responders were still inside the facility, the roof began to collapse again.

According to Santos, all first responders got out in time and did not sustain any injuries. The building is now condemned and may be demolished. The site’s mail processing has been disbursed to nearby USPS facilities.

The rest of Hudson County

West New York, Secaucus, and Bayonne also experienced flooding and property damage. FEMA representatives were in Bayonne on Sept. 7 surveying the damage as officials there take proactive action in hopes of federal assistance. 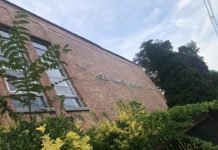