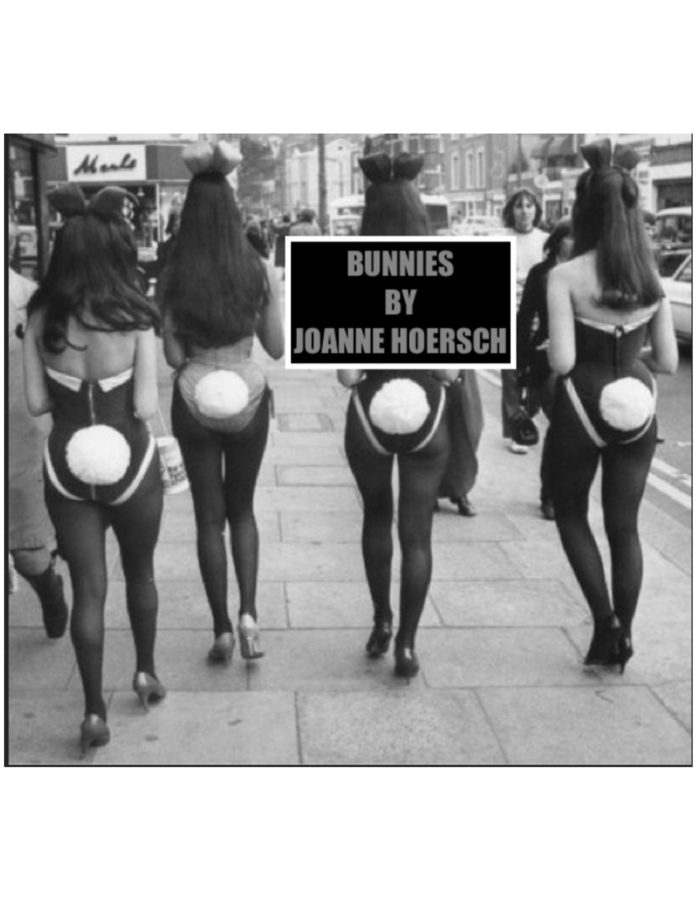 Hudson Theatre Works has announced its 2021 – 2022 season, and they are excited to be back live!

Hudson Theatre Works, 80 Hauxhurst Street, Weehawken, opens on October 7th with “Bunnies” by New Jersey playwright Joanne Hoersch. “Bunnies” tells the story of five Playboy Bunnies, who in 1973, at the New York Playboy Club, find themselves uplifted by the rise of feminism, haunted by the GoodBar murder and conflicted about their jobs as sex symbols, while they bond in humor and compassion over the course of one evening.

1973 was a seminal year in that it also planted the seeds for the #MeToo movement, that would come to fruition in 2017. It will be directed by Frank Licato with Bess Miller, Ryan Natalino, Irene Rivera, Serena Marie Williams, and Natalia Volkodaeva.

This will be followed in December with a live performance of “Elliot & Me,” filmed live and streamed in the middle of the pandemic. It will run from December 2 through December 12. “Elliot and Me” is a musical comedy based on the lives of songwriter Elliot Willensky and his younger brother, Steven. “Elliot and Me” is filled with humor, colorful personalities, unexpected situations, and uplifting musical moments. Directed by Michael Bias with Eric Briarley Gundy and Drew Seigla.

Next up in February is the Eugene O’Neil Festival, presenting “Desire Under the Elms” along with “Hughie.” “Desire” is about Ephraim Cabot, who outrages his three sons by returning to his remote New England farmhouse with the alluring, headstrong Abbie, thirty years his junior and now his third wife. Cabot’s two elder sons leave to the Californian gold-fields while the youngest, Eben, angrily remains to claim a farm that he believes was his mother’s rightful inheritance. But when Eben and his stepmother, Abbie, fall in love and produce a child that Cabot believes is his, the conflict over sex and territory comes to a tragic conclusion. The show will feature Gregory Erbach as Ephraim.

“Desire Under the Elms” will run in repertory with “Hughie,” starring Nick Hardin. High-rolling gamblers Erie and Hughie, the credulous night clerk at his apartment building, are confidants. Hughie admired Erie for his bold lifestyle and Erie considered Hughie his good luck charm. When Hughie dies unexpectedly, Erie’s luck changes for the worse and he finds himself in dire straits. Then Erie meets the new night clerk, who reminds him enough of Hughie that he takes the gamble that his luck is about to change.

In March we will present the children’s play “Little Red and the Hoods,” directed by Beatriz Esteban-Messina, and our annual PlayWorks Festival of new play readings.

Our final show will be Sam Shepard’s “Curse of the Starving Class,” part of Shepard’s family plays. At once dark and absurdist, comic and challenging, “Curse of the Starving Class” focuses on the dysfunctional Tate clan—the drunken dreamer of a father, burned-out mother, rebellious teenage daughter, and idealistic son—as they struggle for control of the rundown family farm in a futile search for freedom, security, and ultimately meaning in their lives.

All audience members must wear masks and show proof of vaccination.

Hudson Theatre Works is committed to a growing and adventurous community, genuinely hungry for challenging performances, choosing material that is aesthetically diverse and rooted in authenticity, putting the work first and embracing risk.

The low-price tickets make it possible for everyone to experience first-rate live performances on a regular basis. Their Affordable Ticket Initiative has helped share work with a growing, engaged community.

Tickets to any of these shows will be available on our website at: www.hudsontheatreworks.org

The Truth About Abortion