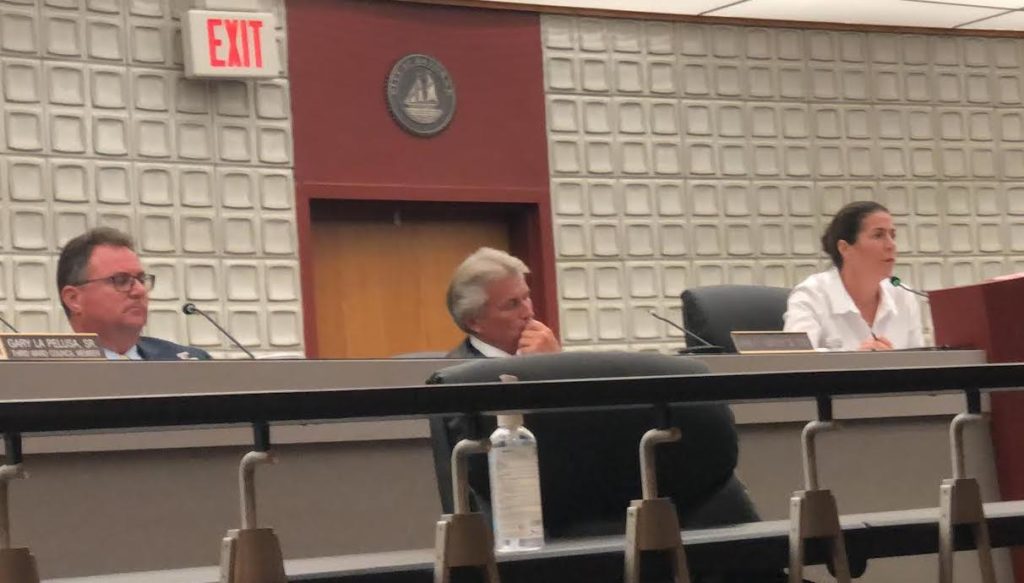 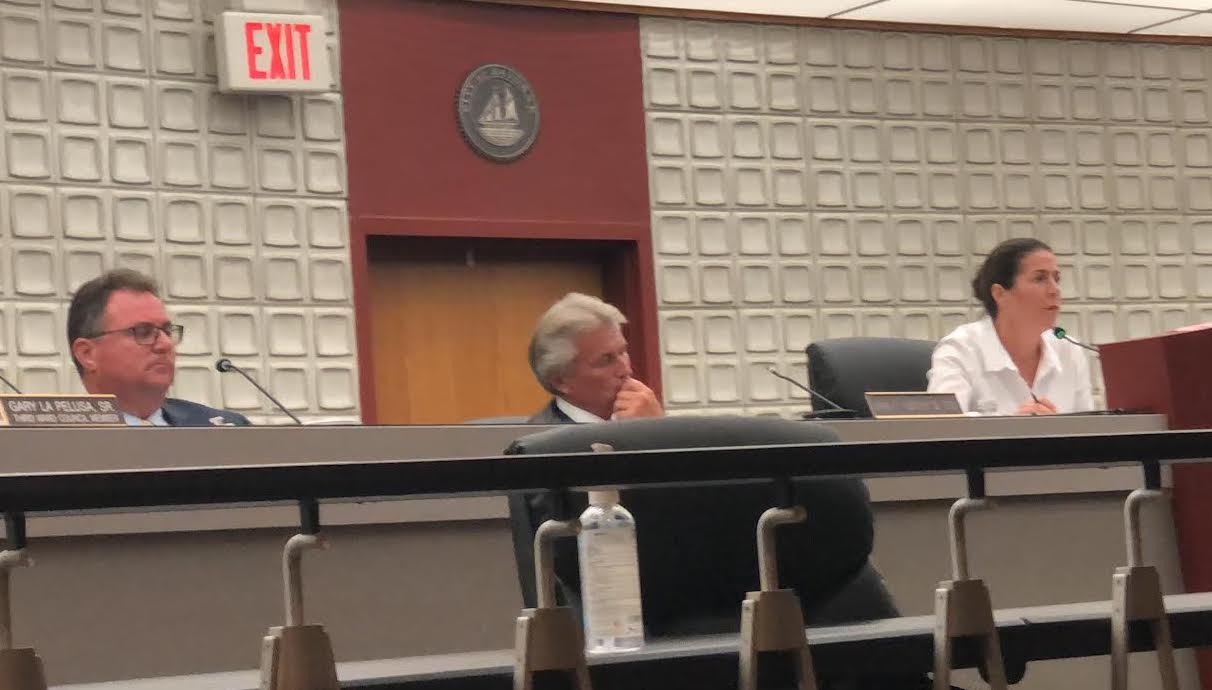 Bayonne has spent roughly $8 million of the $39.2 million in COVID-19 relief funds allocated to the city under the American Rescue Plan, according to City Council President Sharon Ashe-Nadrowski.

Officials revealed how the city is spending the federal funds at the Sept. 22 council meeting.

Ashe-Nadrowski said $5 million was allocated for small business grants. One round of grants has already been awarded, with a second round in the works.

“Business owners are a big part of the community,” Ashe-Nadrowski said. “Last time, it saved a lot of businesses, and it’s going to help them again this time.”

According to Ashe-Nadrowski, $1.8 million was allocated for payroll for public health workers. She said this includes personnel responding to the COVID-19 pandemic, such as the Bayonne Office on Aging and other health services.

She said $60,000 was allocated for public health expenses, including “communication, education, vaccination, and testing.”

“I think the initial idea for the money, if it’s not been fully encumbered yet, is to assist with Hobart and Cottage Street,” said now-former Director of Municipal Services Tim Boyle.

That ARP money will go toward storm water management renovations at Cottage Street Park, which is one of the municipal parks slated by the city for an overhaul.

“It’s one of our low spots in town,” Boyle said. “The bottoms of several hills come together there. It’s a really low-lying area, and it’s kind of close to the waterfront. So we will be using some of that money for the rehab of that park.”

Ashe-Nadrowski said $1.3 million was allocated for hiring police officers and firefighters, to bring staffing back to pre-COVID numbers. Approximately 90 police and firefighters retired during the pandemic.

Previously, the city spent $2 million of CARES Act funds on overtime for police and firefighters, according to Chief Financial Officer Donna Mauer.

“We weren’t allowed to use any CARES Act money for anything that was previously budgeted for,” she said. “It wasn’t all overtime, it was for backfill, for quarantine… Regular overtime is budgeted, but this was over and above.”

“Because of COVID, we could not replace those who retired because we couldn’t have a class,” Mauer said.

According to Mauer, the city needed the ARP funds to replace retired officers or the city would have to increase this year’s budget.

“It would have been an increase from last year,” Mauer said. “Last year was skewed because of COVID. So it’s really hard to compare last year to this year. A lot of the salaries were coming under the CARES Act last year, so it wasn’t a full budget.”

The funds for the new hires that were allocated from the ARP money were present in the grants section of the budget. “They’ll be paid out of the grant,” Mauer said.

According to Mauer, the city is working with the Bayonne Economic Opportunity Foundation (BEOF) on other programs that would use ARP funds, such as rental assistance.

“We have met with Samantha Howard from the BEOF to talk about rental assistance programs, homeless programs, and she’s gathering some data for us,” Mauer said.

“The services we provide are governed by guidelines, mostly income guidelines,” Howard said. “One penny over makes a person disqualified. We are seeking to supplement some of those programs with less restrictive guidelines. Just because you don’t qualify, doesn’t mean you don’t need help.”

Another program would supplement an energy assistance program available through the BEOF.

“People are coming in with thousands of dollars of energy bills, and LIHEAP is providing $700,” Howard said.

The Low Income Home Energy Assistance Program (LIHEAP) will pay $700 toward shutoff notices, according to Howard. But residents need more because many are still reeling from the financial impact of COVID-19.

“That’s just a drop in the bucket,” Howard said. “So we’re looking to consider a match base on that to help take away some of the load for these individuals.”

The BEOF has not yet received any ARP money for the rental assistance program, or for any other programs Howard mentioned.

In response to a resident request to spend more money on BEOF programs, Ashe-Nadrowski said, “That allocation would have to come from the administration and then be approved by the council.”

Former city employee and resident Gail Godesky said, “Mayor, if you’re listening, please approve some money so that we can help the homeless, the needy, and the day-to-day residents. We’ve helped the businesses, that’s our first step. Let’s go to our second step and get this done. Let’s get the BEOF some more money.”

Ashe-Nadrowski asked how quickly the BEOF can get the rental assistance program up and running: “People need the money now… When can we actually effectuate change in their life and ease their burden?”

Howard said the BEOF has already been using existing programs funded by its current multiple sources, but does not have a timeline for the programs that could be funded by ARP money because the city administration is responsible for allocating the funding.

No other spending yet

According to Ashe-Nadrowski, there was no further spending of the ARP funds on September’s agenda.

“We were trying to get the public input on it to get other things addressed, including food insecurities, education, job training, and rent control,” she said. But the committee created by the council to help oversee the allocation and spending of the reliefs funds has been met with city resistance.

In response to resident questions about allocations that could benefit citizens, Ashe-Nadrowski said the city “can’t spend until it’s approved by the council” and that the council has “not received anything.”