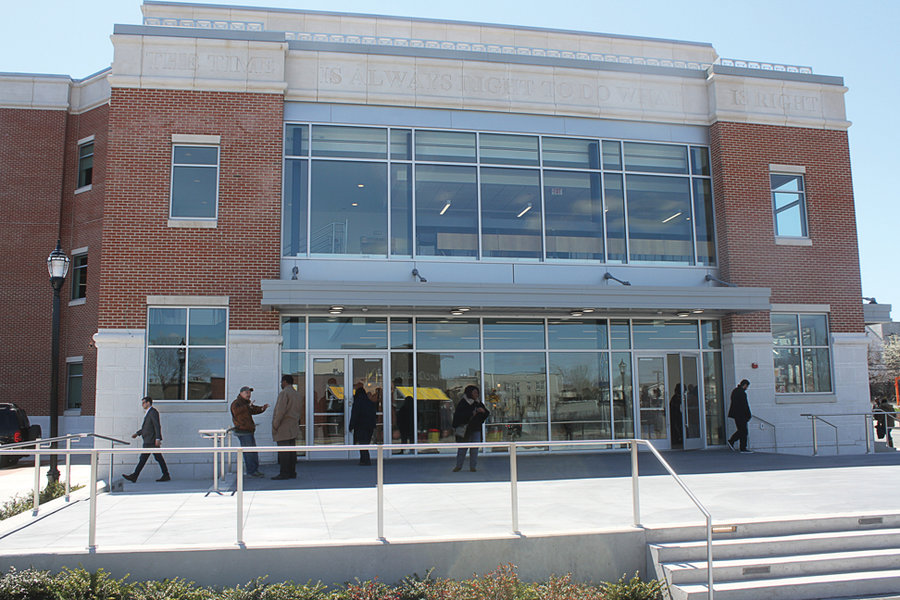 Bullet holes were reported at the Jersey City Hall Annex.
×

Bullet holes were reported at the Jersey City Hall Annex.

Police are investigating how the Jersey City Hall Annex became riddled with multiple bullet holes, and a spokesperson said a second shooting incident near the annex is also being investigated.

The story was first reported by the Jersey City Times.

Media reports said that there were multiple bullet holes in the frames and glass of three street-level windows, with some boarded up and evidence markers being placed.

The Annex, on Martin Luther King Drive, houses a number of Jersey City government offices such as Health and Human Services and the Department of Housing, and opened in April of 2018.

The Jersey City Times cited an anonymous source who said that nine shellcasings were recovered by the police.

Jersey City spokesperson Kimberly Wallace-Scalcione said that an investigation was also ongoing of shots fired at 426 Rose Ave. on Oct. 4, which is near the annex.