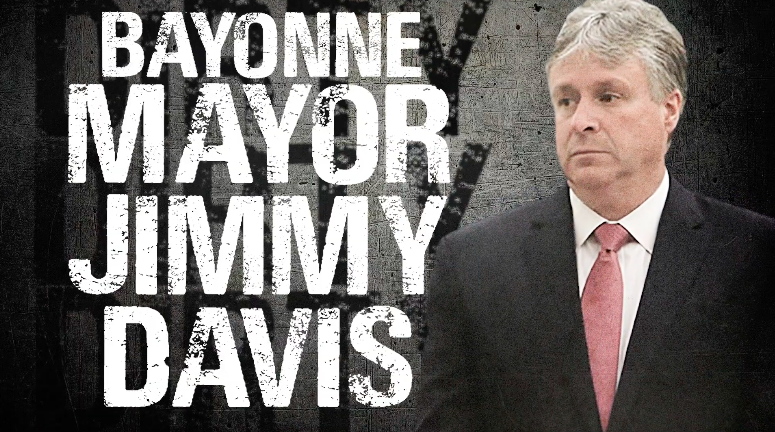 A screenshot of the attack ad that has been circulating
×

A screenshot of the attack ad that has been circulating

A Super PAC based out of Washington D.C. has launched a new ad campaign and website attacking Bayonne Mayor James Davis.

Unlike traditional political action committees (PACs), Super PACs can raise funds from individuals, corporations, unions, and other groups without any legal limit on donation size.

The ad attacks Davis over the garbage contract which was awarded to an alleged donor, although that donation was allegedly later rescinded. He is also criticized for the gender discrimination and sexting lawsuits against him, the city, and other officials; and the water contract with SUEZ, among other issues. The ad ends with a rallying cry for constituents to call Davis’s office at 201-858-6010.

The ad can be found at www.youtube.com/watch?v=HbBpPTQNx1k&t=6s. An attack website accompanies the 30-second ad at www.dirtydavis.com.

According to the website: “Dirty Davis’ administration has been fraught with scandal and failure since the beginning. From abuse allegations to sweetheart deals with big developers, Dirty Davis is steering Bayonne down a dark, dirty road. And he’s taking us with him.”

The ad was paid for by the Citizens for Strength and Security Fund, registered in D.C. since 2011. However, it has been inactive since around 2013. The Super PAC could not be reached for comment.

A truck with a large video screen repeatedly playing the ad was at the high school homecoming football game at Veterans Stadium on Oct. 1.

It is not clear who is actually behind the ads. However, Peter Franco, a critic of the Davis Administration, has said that he was involved in the production and coordination of the ad and video truck.

Davis is running for re-election in the municipal elections in May of 2022. Though no challenger has declared, speculation is that City Council President Sharon Ashe-Nadrowski will run against Davis. Ashe-Nadrowski successfully ran on a ticket with Davis in both 2014 and 2018, but has not announced for 2022.

The election is still eight months away, and Davis hasn’t announced his ticket. But facing attacks like this, it’s easy to assume Davis is likely putting together a campaign.

Davis spokesperson Phil Swibinski of Vision Media said in a statement: “Every Bayonne resident should be disturbed and outraged by this dark money, Washington DC-based Super PAC that is swooping in to Bayonne to lie about Mayor Davis and trash the city’s reputation. These same lies were spewed from a video truck recently at a Bayonne High School football game, disturbing parents and students and making it clear that the only people creating a toxic environment in Bayonne are the shady backers of this dark money group and their allies.”

Swibinksi continued: “The truth is that under Mayor Davis’ leadership Bayonne is thriving with an incredibly successful revitalization plan and the city is poised to emerge from the pandemic in a stronger position than ever before. Bayonne residents see the progress happening in their city every day and the leadership that Mayor Davis continues to show and they will not be swayed by these dishonest attacks from a dark money, power hungry, out of town group that clearly knows nothing about their city.”