How many NJ Transit and PATH station bathrooms are open, closed or never had a bathroom to begin with? I guess when riding the subways, he has never had the urge to go. Perhaps his bladder is stronger than most riders. Until the early 1960’s subway riders respected authority. There was a ten cents fee to use station bathrooms. That generation of riders did not litter subway stations or buses, leaving behind gum, candy wrappers, paper cups, bottles and newspapers. They didn’t spit, urinate or defecate on subway platforms or cars. Riders pre COVID-19 were always reluctant to use subway station bathrooms, even when available. Many stations had no working facilities or were closed. No one wanted to deal with the lack of toilet paper, soap or hot water, unhinged doors to stalls or finding a mess left behind by the previous patron. Who wanted to find others using it as a safe place for consumption of drugs or sex?

Homeless people afraid to go to shelters end up using the bathroom sink to shower in an attempt to maintain hygiene. Why not assign a matron to each male and female bathroom? Ask any local business, college or hospital to adopt an adjacent station bathroom to help cover the costs of staffing. In exchange, give the sponsor free advertising space at the station. If necessary, charge a nominal fee to use the facility. Reopening secure, safe subway station bathrooms with adequate supplies of toilet paper, soap and hot water would be one way to attract several million former pre-COVID-19 riders who have yet to return. 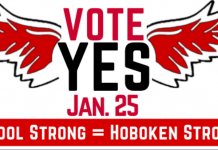