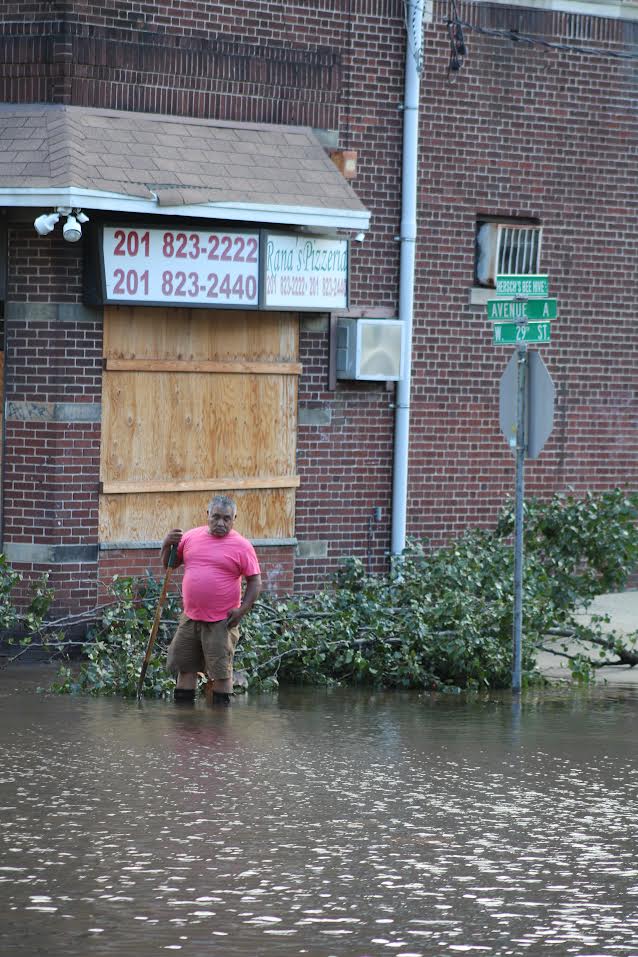 Flooding from Hurricane Ida, while not nearly as bad, brought back memories of Hurricane Sandy. Photo by Victor M. Rodriguez
×

Flooding from Hurricane Ida, while not nearly as bad, brought back memories of Hurricane Sandy. Photo by Victor M. Rodriguez

Nine years after Hurricane Sandy, Bayonne has come a long way when it comes to storm preparedness. Memories of the storm and questions of if municipalities are prepared to cope with major storms arose again in the wake of Hurricane Ida.

John Armstrong, an engineer for the city of Bayonne who oversees sewer and storm water projects for the city, outlined what has been done in the years since SuperStorm Sandy. Armstrong told the Bayonne Community News that he remembers the storm quite well.

“We had to do a lot of work immediately after Hurricane Sandy,” Armstrong said. “One of the main issues we had was flood levels on the southern end of the town that were unprecedented, never been seen before.”

Some of the older brick sewers were damaged and needed repairs due to the incredibly large surge load that was put into the them. Armstrong said the city has 11 miles of brick sewers, and that the ones affected by the surge were fixed following the storm.

Armstrong said Sandy damaged six of the twelve pumping stations. Upgrades to the control system, specifically the electronics damaged by flooding were renovated quickly after the storm. That included upgrades to the Oak Street Pumping Station, the main pumping station in Bayonne. All the flow in the sewers goes through this pumping station, at the site of the old wastewater treatment plant. The flow has to be screened before it is pumped to the treatment plant in Newark. That storm water screen at the Oak Street Pumping Station was upgraded to be more efficient for $2,000,000.

“One of the problem in the past, there was a lot of debris, and the flow of it could clog the screen and the screen would get overwhelmed,” Armstrong said. “Debris collecting on the screen dams up and it causes storm water to back up in the system, which could cause flooding.”

Another pumping station that received an upgrade, this one to the tune of $80,000, is the 5th Street Pumping Station. Armstrong said it is a lift station, that protects the Cottage Street and Hobart Avenue area from flooding. The 1st Street Pumping Station was badly damaged during Hurricane Sandy due to the flooding in the area. Armstrong said that it received a $1,000,000 upgrade featuring new equipment and raising the pumping station out of the flood area.

Pumping stations aside, the city has also implemented some new sewer technology in conjunction with SUEZ. Armstrong said that includes a sewer acoustic system that identifies where blockages are likely to occur if there are changes in the sewer flow.

“We can proactively see if there’s likely to be a problem so we can go in and do some early correction,” Armstrong said. “We can get it quickly repaired instead of waiting for the blockage to get worse.”

The other new technology implemented with SUEZ is smart manhole covers. Armstrong said they are attached to the bottom of the manhole cover to monitor the levels in the manhole. The city has a number of the devices and moves them around as needed.

“If there is a surcharge or it backs up into the manhole, there is an alarm and we can go and see what the cause of the overflow or the surcharge is. We use that in the areas we particularly know are sensitive to storm surge problems.”

Armstrong said sewer cleaning now happens regularly using good equipment the city has procured. Cleaning in conjunction with the new technology helps locate structural deterioration in some of the sewers. This helps locate and prevent collapses, he said.

To help avert tidal flooding, there are valves and various other measures in place to prevent water from backing up into the sewers. Armstrong said some were replaced due to age and now offer increased protection.

The biggest ongoing project is currently a stormwater collection cistern that is going to be installed underneath Fitzpatrick Park. Armstrong said that project aimed to alleviate flooding in that neighborhood on Avenue C.

“In a heavy storm, the cistern collect over 300,000 gallons of water in the tank, and then it releases it over a period of time back into the combined sewer system. So rather than surging the sewers, we store this water and then release it slowly back into the source. That prevents flooding further south along Avenue C and in front of City Hall.”

The project was selected because the funding became available. Future projects will likely be determined by that as well as by need. One future project includes plans for upgrades to the Cottage Street Park to help reduce the flooding in the area of Cottage Street and Hobart Avenue.

Armstrong said that right now, the city is cooperating with the other municipalities that make up the Passaic Valley Sewerage Commission to execute a Regional Long Term Control Plan to manage Combined Sewer Overflows (CSOs). CSOs occur when rain water causes the flooding and spilling of untreated sewage into waterways. Under that plan, three similar water storage facilities would be constructed. If Bayonne has to act alone and execute its own Long Term Control Plan, there could be over six needed to be installed.

“The way the plans are progressing, it looks like we’ll probably construct at least three,” Armstrong said. “We meet with the state CSO communities every week. We’re on hold at the moment because we’re just looking at overall costs. The thing that we’ve been discussing is sharing costs across the region.”

Armstrong said that if faced with a storm like Sandy today, the city would “absolutely” fair better.

“There’s no question we’ve made good strides in the last nine years,” Armstrong said. “We’ve done an awful lot. I don’t think a storm like that would have as much of an impact.”

AG investigating death of motorist who died after setting himself on...