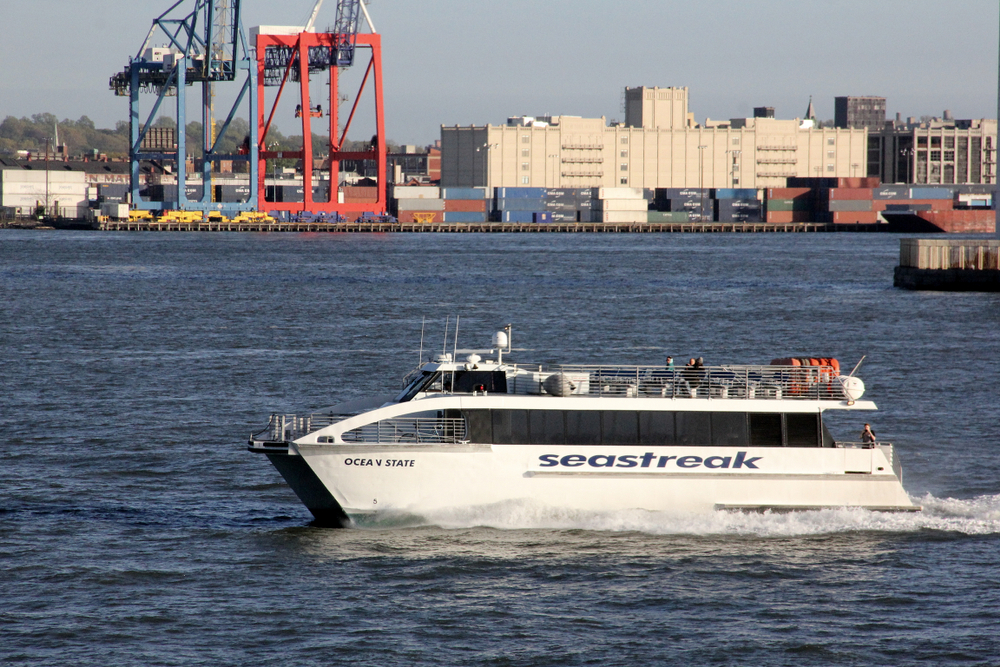 Barring any further delays, ferry service should be available to Bayonne residents come the spring, according to Public Information Officer Joe Ryan.

“Springtime appears to be when ferry service would be likely at this point,” Ryan said.

The terminal was previously supposed to begin service between Bayonne and Manhattan in September of 2020. But that was the plan in January of that year, before the onset of the global pandemic. Now things have obviously changed.

According to Ryan, the delay in construction of the ferry terminal was primarily due to COVID-19. The pandemic has caused a number of delays at various levels of the project.

“Coronavirus slowed things down,” he said.

In the past, the city was awaiting on a permit from the NJDEP. However, it has since got that permit and another from the U.S. Army Corps of Engineers, according to Ryan. Now officials are waiting on another permit from Port Authority of New York and New Jersey (PANYNJ).

The city is also in discussions with the Towboat and Harbor Carriers Association on recommendation of the U.S. Coast Guard to ensure the ferry route would not interfere with existing marine traffic, Ryan said.

Ground has not yet been broken on the facility. Construction of the planned ferry terminal in Bayonne will commence after the winter, according to Ryan.

“The ferry terminal needs to be built,” he said. “Given a variety of factors, springtime is what I was told. We’re not there yet.”

There is not yet a contractor appointed for the construction of the ferry terminal. Ryan said the city is not that far along in the process, which is complicated given the property’s situation.

“There are a number of other steps that have to be taken before getting there,” he said.

In 2020, the Bayonne City Council adopted an ordinance at its February meeting that authorized a ten-year, $2.6 million lease with the PANYNJ for the ferry terminal on the Hudson. The city will operate and maintain the ferry landing.

The new ferry service lease will cost the city approximately $220,000 each year. In the agreement with PANYNJ, Bayonne will pay the lease of the ferry terminal until the service breaks even. After that, the city will split the profits with the ferry service. Officials estimate the service will break even once it reaches an average of 350 passengers per day, which is estimated to take around a year to reach that daily passenger load.

The city has committed a federal grant of $650,000 toward the project’s construction, and a number of developers have also contributed to the ferry terminal’s funding. It’s estimated that the terminal’s total construction cost will be around $1.6 million.

SeaStreak, LLC was tapped by the council as the ferry operator in 2019. The size of the vessels would depend on customer demand once the service is operating.

In the past, officials said the city will make the rates competitive with other Hudson River ferries to encourage residents to use the new service. For the first year of operation, the ferry terminal will also offer free parking.

The ferry terminal will be on the south side of the former Military Ocean Terminal at Bayonne (MOTBY) near Costco, about a mile past the shopping center. With a number of developments nearby, the goal is to attract potential residents to the numerous new apartments in the city, officials said. The ferry service drop-off location will be somewhere in lower Manhattan, but that has not been finalized yet.