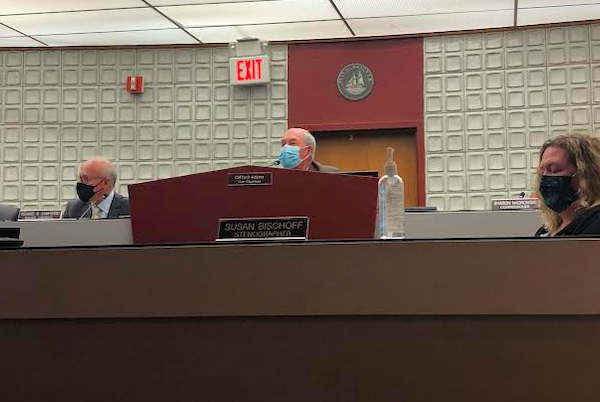 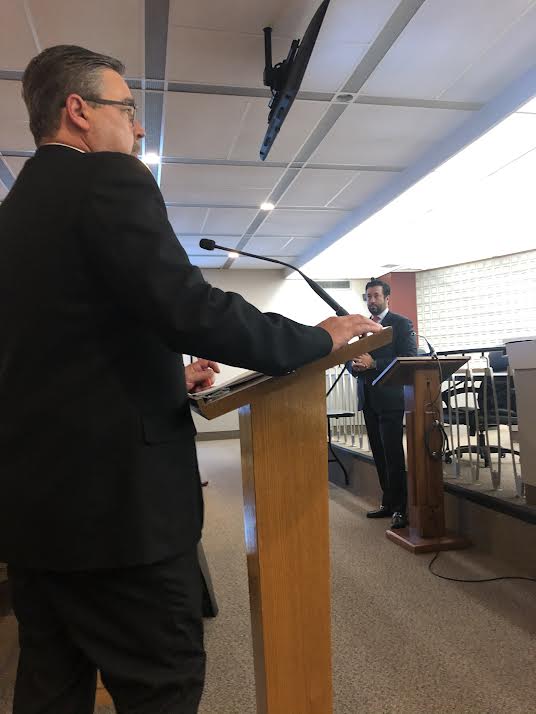 2 / 3
Project architect Jeffrey Curry presented the plans to the board. 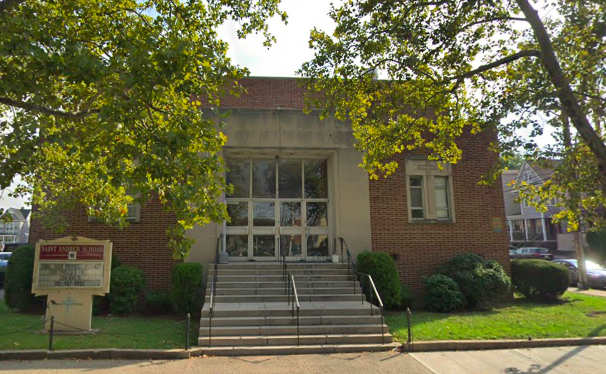 2 / 3
Project architect Jeffrey Curry presented the plans to the board.

3 / 3
A view of St. Andrew's School from Broadway, via Google Maps

The Bayonne Planning Board has approved plans to convert the former St. Andrew’s School into a public elementary school.

The shuttered school at Fourth Street and Broadway closed its doors in 2008, when the city’s Catholic elementary schools were consolidated into All Saints Catholic Academy due to financial strain caused by declining enrollment.

The board approved the plans at its Nov. 10. Due to the nature of applicant being St. Andrew’s Roman Catholic Church in coordination with the Bayonne Board of Education, a number of planning board members had to recuse themselves including Chairwoman Karen Fiermonte, Vice Chairwoman Maria Valado, Commissioner George Becker, and Commissioner Michael Quintela.

To ensure there were enough members to hold a quorum, two members of the Bayonne Zoning Board of Adjustment, Vice Chariman Clifford Adams and Commissioner Louis Lombari, stepped in to act a planning board members for this application. Adams was subsequently designated acting chairman.

Attorney Philip Lamparello, representing the Board of Education, presented the plans for the property to the planning board. Superintendent of Schools John Niesz was also on hand to answer any questions about the project.

“The Bayonne Board of Education is the party to an assignment agreement with the contract purchaser for the property that’s commonly known as the St. Andrew’s School,” Lamparello said.

Lamparello said this was a courtesy review to ensure that the plan is consistent with the Master Plan adopted by the city. It is also a prerequisite to applying to the Department of Education to obtain land acquisition approval.

According to Jeffrey Curry, project architect, the board is looking to purchase the property at 124 Broadway, which currently consists of three buildings including the vacant parochial school, the convent building that currently houses the dormitories for the Sisters of Charity and Equity, and a one-car garage.

Plans call for the renovation of the school including new elevators in two buildings and a new Americans with Disabilities Act (ADA) accessible ramp.

The convent will become an administrative building. It be renovated to add an elevator on the back of the building that will be able to access the basement and first and second floors. An ADA accessible ramp will be added to the entrance on Broadway, from the front door to the existing sidewalk. At this time, no renovations or additions will be made to the exterior of the building, Curry said. However, the plans call for the walls between dormitory rooms to be moved to increase the size of office space.

The school building will be renovated to add an elevator that will access the basement and first and second floors. The elevator will be at the end of the L-shaped school building because it has the easiest access to all the floors, Curry said. No renovations or additions will be made to the exterior of the school. There will be minor interior renovations including adding toilets to the kindergarten rooms and other things of that nature, according to Curry.

Under the plans, no renovations will be done to the garage.

Overall, Curry said the plans align with the city’s Master Plan. That plan calls for abandoned parochial schools should be considered for use in expanding the existing school system. Curry said these plans for the former St. Andrew’s School fit that bill.

“This will expand the overall educational footprint of the school and the district density,” Curry said.

Following the presentation, Commissioner Ramon Veloz questioned the location of the elevator in the back of the school at the end of the L-shaped building. Curry said that location was chosen because it was near the circulation of the parent drop-off zone in the parking lot but safe and out of the way.

“That’s the safest place for handicapped students to get on and off a bus and get into the school,” Curry said.

Curry added that the main entrance to the building for students will be the entrance facing the parking lot, not the entrance at the front of the school on Broadway.

“The district is going to open one of the doors on the inside of the courtyard off the parking lot,” Curry said. “So it’s not remote from where the other students will be entering the building. It’s just adjacent to where they are.”

By putting the elevator there, the building will also not lose any classroom space or administrative space.

“If we had to put the elevator adjacent to another one of the entrances, we would end up losing classroom space to allow access in and out of those elevators,” Curry said. “It’s the best solution for both the safety of the students and the use of the school.”

Lamparello ended by stating that the school will help expand the educational capacity of the district.

“It will be preserved it as a school, versus being redeveloped potentially with some other purpose,” he said.

The board then voted unanimously to approved the plans.